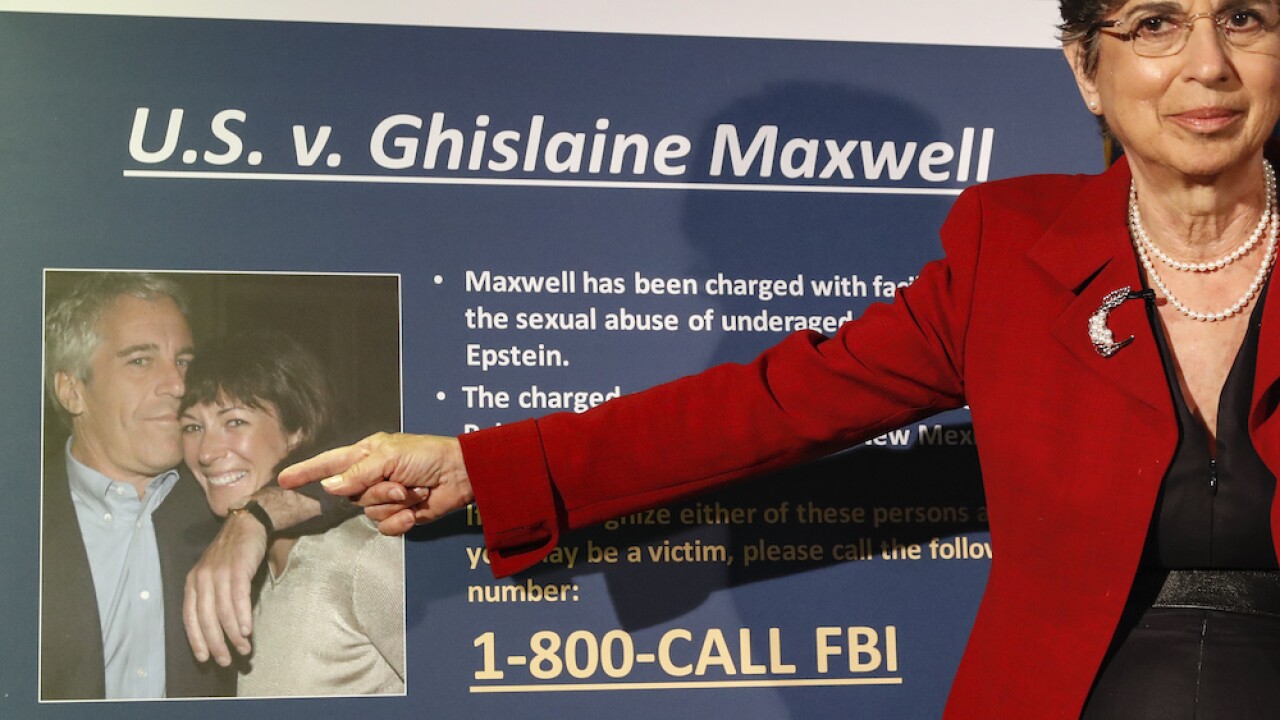 Copyright 2020 The Associated Press. All rights reserved.
John Minchillo/AP
Audrey Strauss, Acting United States Attorney for the Southern District of New York, gestures as she speaks during a news conference to announce charges against Ghislaine Maxwell for her alleged role in the sexual exploitation and abuse of multiple minor girls by Jeffrey Epstein, Thursday, July 2, 2020, in New York. (AP Photo/John Minchillo)

The FBI says a British socialite who was accused by many women of helping procure underage sex partners for Jeffrey Epstein has been arrested in Bradford, New Hampshire.

The FBI said Thursday that Ghislaine Maxwell was taken into custody at around 8:30 a.m. on charges related to the Epstein scandal.

Epstein killed himself in a federal detention center in New York last summer while awaiting trial on sex trafficking charges.

Maxwell was accused by many women of recruiting them to give Epstein massages, during which they were pressured into sex. She's been charged with four counts relating to sex trafficking and two counts of perjury.

During a press conference Thursday, Acting Attorney for the Southern District of New York Audrey Strauss thanked the victims who came forward to authorities. She said that without their help, they would not be able to charge Maxwell.

Strauss also urged Prince Andrew to speak with investigators and cooperate with the ongoing investigations into Epstein and Maxwell. The British royal was known to be friendly with Epstein during the time abuse occurred and has described their relationship as a friendship. He even stayed at Epstein's New York apartment in 2010, two years after Epstein was convicted of sex crimes.

Maxwell has repeatedly denied wrongdoing and called some of the claims against her "absolute rubbish."