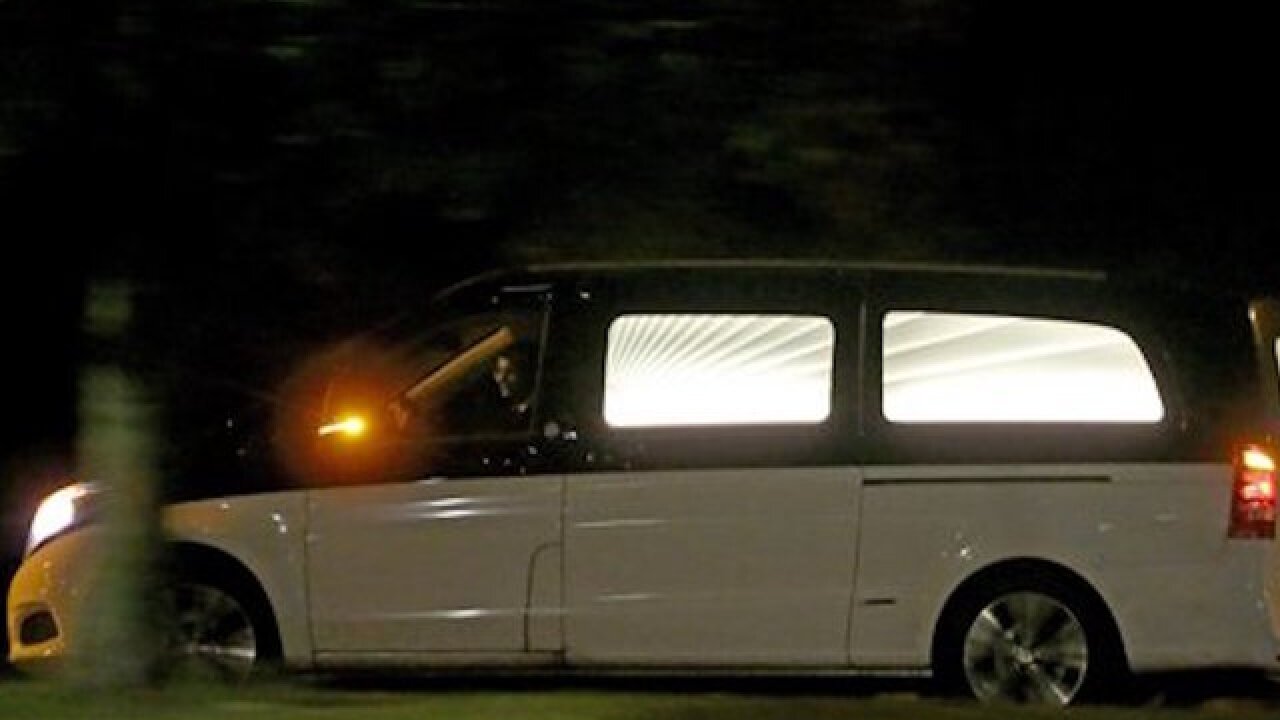 BERLIN (AP) — A 22-year-old Syrian man suspected of planning an Islamic extremist bombing attack strangled himself by tying his shirt to the bars of his jail cell, German officials said Thursday.

Rolf Jacob, the head of the prison where 22-year-old bomb suspect Jaber Albakr was held, told reporters in Dresden that a trainee guard checked on the prisoner at 7:30 p.m., and that when he returned for another check at 7:45 p.m. he found Albakr apparently dead.

Jacob confirmed reports that Albakr had destroyed a lighting fixture in his cell on Tuesday, but "it was not interpreted as a suicide attempt." Power to the cell was shut off after that, he said.

Jacob said authorities who assessed Albakr when he entered the prison had noted there was a suicide risk but did not consider it acute.

"I'm unbelievably shocked and absolutely speechless that something like this could have happened," said Albakr's public defender, Dresden attorney Alexander Huebner.

Wolfgang Bosbach, a senior member of Chancellor Angela Merkel's party and security expert, told n-tv that given his behavior, Albakr should have been under constant observation.

"The suicide danger was known, it was not just an assumption," Bosbach said.

Saxony state authorities were already facing criticism after Albakr eluded police as they prepared to raid an apartment where he had been staying in the city of Chemnitz on Saturday. Inside the apartment police found highly volatile explosives and a homemade bomb vest.

Albakr, who had been granted asylum after coming to Germany last year, was finally arrested Monday in Leipzig after three fellow Syrians tied him up and alerted police.

He had been granted asylum after coming to Germany last year, and had been under surveillance by German domestic intelligence since last month.

On Wednesday, de Maiziere said that Albakr had undergone a security check last year, but it did not turn up anything suspicious.

"There was a check against security authorities' data in 2015, but without any hits," he said. "It's not clear when he was radicalized."

German authorities have said they believe he had links to the Islamic State group and was thought to be planning to attack a Berlin airport, possibly as soon as this week.

The three Syrians who captured the suspect had been granted asylum, and their "behavior deserves praise and recognition," de Maiziere said.

Authorities have another suspect alleged to have been involved in the plot in custody, identified only as Khalil A., in keeping with German privacy laws.

The 33-year-old Syrian was the tenant of the Chemnitz apartment where police found the hidden explosives and was arrested over the weekend as a co-conspirator.