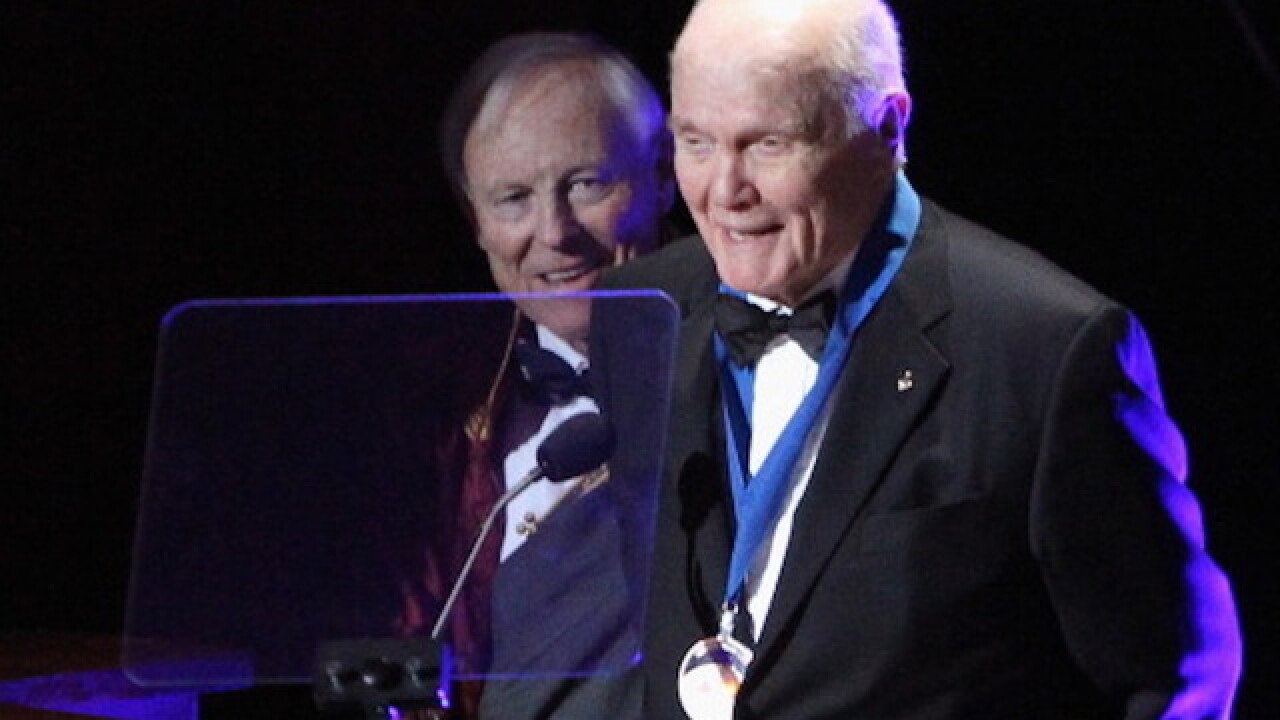 Former US Senator and NASA astronaut John Glenn has been hospitalized at Ohio State's James Cancer Center in Columbus, according to a spokesperson.

Glenn, 95, was admitted into the James Cancer Center last week, but his condition is unknown.

"I do not know his condition or illness or prognosis. I caution that even though Sen. Glenn is at the James that does not necessarily mean he has cancer," OSU spokesperson Hank Wilson said.

Despite his advanced age, Glenn has been relatively healthy and participated in public events as recently as last summer. In 2014, Glenn had a a heart valve replaced at the Cleveland Clinic.

Glenn was the first American to orbit the Earth in a mission in 1962. He then returned to space in 1998 aboard Space Shuttle Discovery.

He also served Ohio in the US Senate from 1972 to 1998. In 1984, Glenn ran for president, attempting to gain the Democratic Party nomination. After struggling in the first series of primaries, Glenn dropped out of the race.

Glenn's name is also synonymous with Ohio State as his name is on the John Glenn College of Public Affairs.