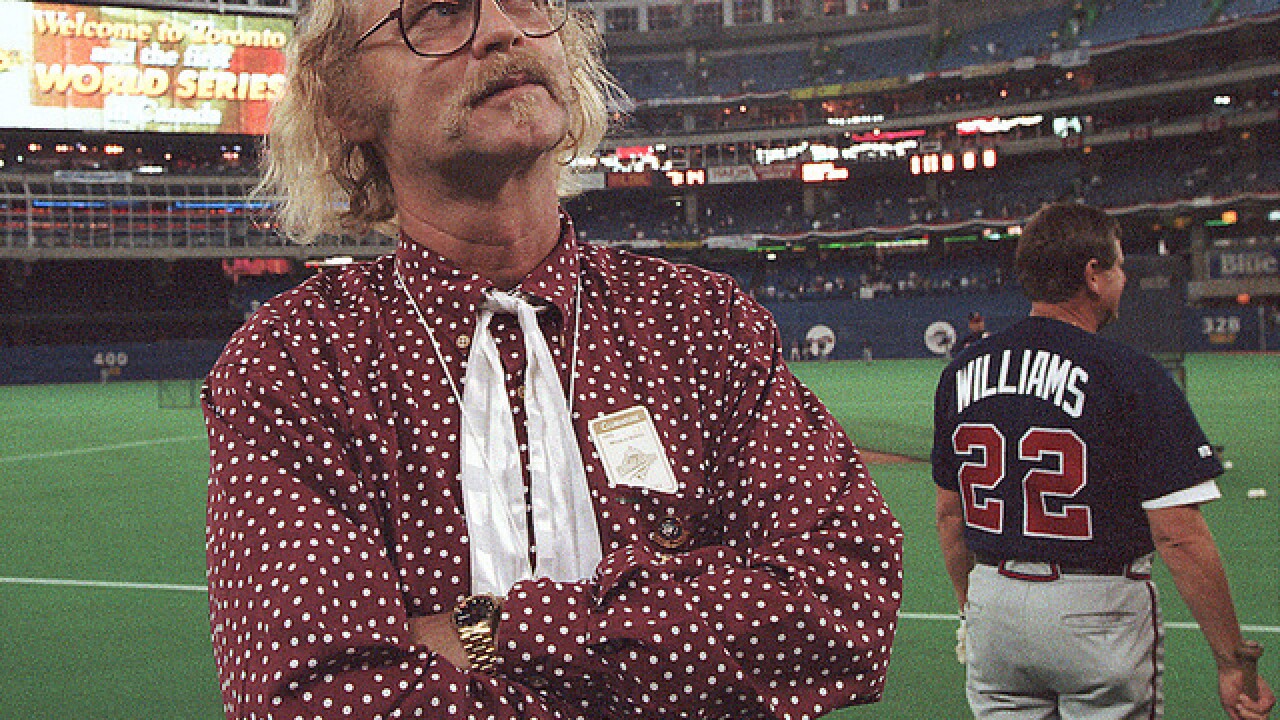 VANCOUVER, British Columbia (AP) — Canadian novelist W.P. Kinsella, who blended magical realism and baseball in the book that became the smash hit film "Field of Dreams," has died. He was 81.

His literary agent Carolyn Swayze said in a statement that Kinsella's death on Friday in Hope, British Columbia was doctor-assisted. Details about his health were not disclosed. Assisted deaths became legal in Canada in June.

In the 1982 novel "Shoeless Joe," a farmer hears a voice telling him to build a baseball diamond in his corn fields. When he does, Shoeless Joe Jackson and other baseball players of yesteryear come to play. It became the blueprint for the 1989 Oscar-nominated movie, which starred Kevin Costner, James Earl Jones and Ray Liotta.

Key turns of phrases in Kinsella's book — "If you build it, they will come" and "Go the distance" — have taken their place in literature's lexicon and among Hollywood's most memorable movie lines.

Kinsella, a bona fide baseball junkie, loved the movie and said he had tears in his eyes when he first saw it.

In 2011 the Canadian baseball Hall of Fame awarded him the Jack Graney Award for a significant contribution to the game of baseball in Canada.

"I wrote it 30 years ago, and the fact that people are still discovering it makes me proud. It looks like it will stand the test of time," Kinsella said at the time.

Scott Crawford, director of operations at the Canadian hall, said he was saddened to learn of the author's death.

"His work has touched the lives of thousands of baseball fans across Canada and around the world," Crawford said in a statement. "His most famous book was the classic 'Shoeless Joe,' which inspired one of my favorite movies, 'Field of Dreams'."

Kinsella brought back to life Moonlight Graham, who played one major league baseball game but never got to bat. The author noticed Graham's name while thumbing through the Baseball Encyclopedia he had received as a Christmas gift from his father-in-law.

"I found this entry for Moonlight Graham. How could anyone come up with that nickname? He played one game but did not get to bat. I was intrigued, and I made a note that I intended to write something about him," Kinsella told The Associated Press in 2005 on the 100th anniversary of the only game Graham played in the majors.

Much of Kinsella's work touched on baseball. He published almost 30 books of fiction, non-fiction and poetry and won the Order of Canada, one of the country's highest honors.

William Patrick Kinsella was born in Edmonton, Alberta. His father John had played minor league baseball, and the young Kinsella fell for the game playing with friends on sandlots in Edmonton.

He began writing as a child, winning a YMCA contest at age 14.

He had been an English professor at the University of Calgary.

"He was a dedicated story-teller, performer, curmudgeon, an irascible and difficult man," Swayze said in a statement. "His fiction has made people laugh, cry, and think for decades and will do so for decades to come."

Kinsella was married three times. He is survived by two daughters, who the literary agency says cared for him in his final years, and several grandchildren.

Kinsella has asked there be no memorial service.