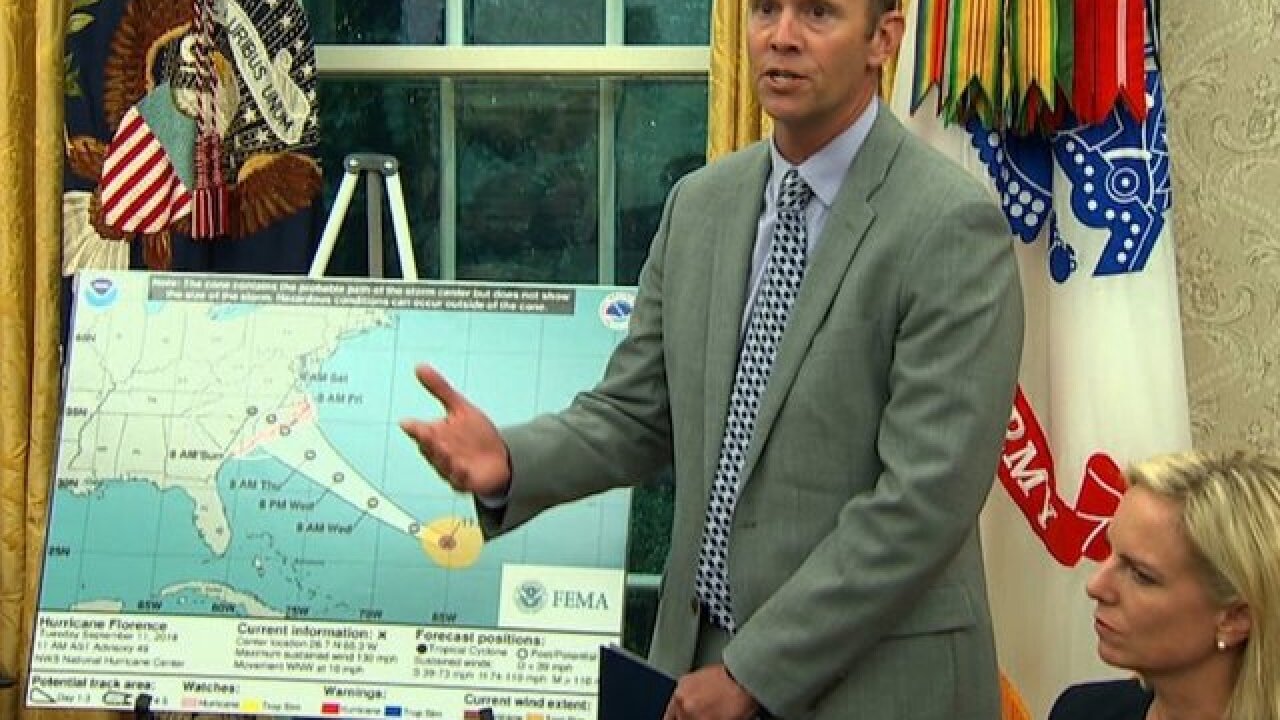 © 2018 Cable News Network, Inc.
CNN
<p>Officials from the Federal Emergency Management Agency insisted Wednesday that the transfer of nearly $10 million of its budget to U.S. Immigration and Customs Enforcement will not affect the agency's hurricane response and other disaster relief efforts.</p>

Officials from the Federal Emergency Management Agency insisted Wednesday that the transfer of nearly $10 million of its budget to U.S. Immigration and Customs Enforcement will not affect the agency's hurricane response and other disaster relief efforts.

FEMA Administrator Brock Long also insisted that the funding given to ICE did not come from the disaster relief fund.

"It does not come out of the disaster relief fund that funds everything behind me and in the field, so it's a non-issue for us at this moment," Long told ABC News.

The administration, however, has a fraught track record when it comes to hurricane relief. An estimated nearly 3,000 Puerto Ricans died in the wake of Hurricane Maria last year and many -- including the San Juan mayor -- have been critical of what they call a lackluster and underwhelming response to the devastation.

Furthering the bad optics over the money transfer is that went toward immigrant detention and deportation efforts, which have been maxed out, DHS says, under the push to arrest and deport more undocumented immigrants by the Trump administration, including this summer's family separations that resulted in heartrending stories of children being separated from their parents.

Where did that money come from?

Oregon Democratic Sen. Jeff Merkley, an outspoken critic of the border policy, released a document Tuesday showing the transfer. He accused the administration of diverting funds from hurricane relief just as hurricane season was starting.

The money comes from the agency's budgets for travel, training, public engagement and information technology work -- not disaster relief funding, according to the official document and the Department of Homeland Security.

"FEMA will curtail training, travel, public engagement sessions, IT security support and infrastructure maintenance, and IT investments in the legacy grants systems for transition to the Grants Management Modernization Program," the document says.

The document also shows the amount transferred from FEMA to ICE is is less than 1 percent of FEMA's overall budget. FEMA's budget originally was $1.03 billion and the amount transferred was about $9.755 million. And that's not counting the disaster relief budget at all, which has $25 billion in it, DHS says.

However, the document confirms that the money would be spent on ICE's detention capacity and deportation efforts.

Merkley's communications director Ray Zaccaro slammed the President for "stripping money from FEMA to pay for locking up families at the border" in a statement issued Wednesday.

Does this really matter?

"Under no circumstances was any disaster relief funding transferred from @fema to immigration enforcement efforts," Houlton tweeted. "The money in question -- transferred to ICE from FEMA's routine operating expenses -- could not have been used for hurricane response due to appropriation limitations. DHS/FEMA stand fiscally and operationally ready to support current and future response and recovery needs."

Merkley's office maintains that operations and support funding does impact FEMA's overall disaster relief efforts. But that is still less than 1 percent of its overall operations budget.

Doesn't Congress get a say how money is spent?

The decision to transfer the funds came directly from the Department of Homeland Security.

It is true that Congress sets funding levels for all parts of government through the appropriations process. But funding reprogramming requests like this one are authorized under the law giving DHS the authority to move around small amounts of money within the department, according to bipartisan Senate and appropriations staff.

A department making a transfer like this is then required to notify the chairmen of the relevant congressional appropriations subcommittees. Since Republicans are in the majority for both the House and Senate, those lawmakers lead the committees. Both signed off on the reallocation, Republican and Democratic aides told CNN.

House lawmakers were told about the decision to make the payment from FEMA to ICE in late July.

Arizona Democratic Rep. Ruben Gallego told CNN following a meeting between DHS Secretary Kirstjen Nielsen and the Congressional Hispanic Caucus on July 25 that each DHS department would be contributing toward ICE's detention activities.

"As an overall, the meeting was long on excuses and on misrepresentations and short on information and solutions ... one thing we do know, they are taking 1 percent of every DHS department and putting that towards family detention and family separation," Gallego said.