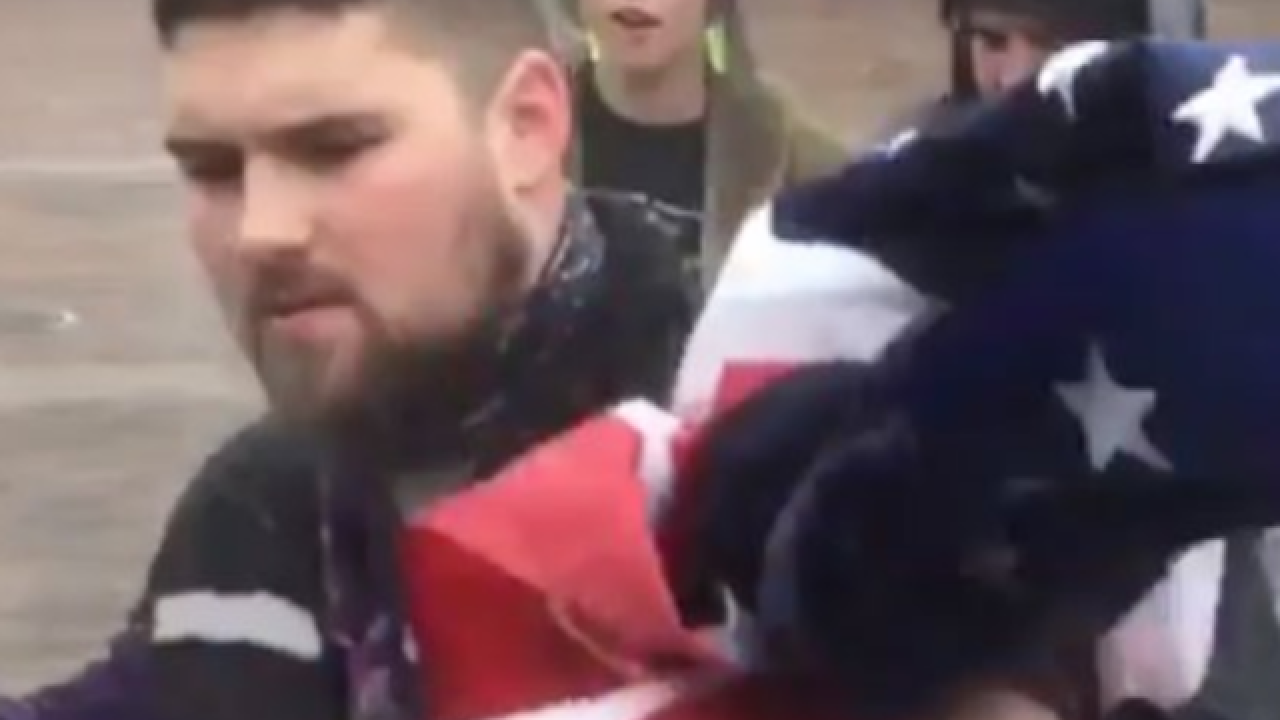 Copyright 2017 Scripps Media, Inc. All rights reserved. This material may not be published, broadcast, rewritten, or redistributed.
<p>A FedEx will keep his job after saving two American flags from being burned in protest. (Twitter/The Rebel TV)</p>

A FedEx driver who saved two American flags from being burned in protest will be able to keep his job , the company said Saturday.

On Thursday, Matt Uhrin — while still wearing his FedEx uniform — walked into a group of protesters in Iowa City, Iowa and grabbed an American flag before it could be burned. When the protesters attempted to light a second flag on fire, Uhrin returned with a fire extinguisher and took that flag as well.

Following the incident, Uhrin did not issue a comment to the Iowa Press-Citizen , except to say his actions were not related to his employer.

After a scuffle, two protesters were arrested for violating the city’s burn ordinance. The protestors say they were demonstrating against American imperialism, racial and social injustice and the threat of Fascism under President Trump. They maintain they were not protesting military veterans.

Uhrin’s actions prompted social media reaction from all sides of the political spectrum.

I will only use Federal Express now. THANK YOU, FED EX MAN! https://t.co/ZYTWJ8szdk

I applaud @FedEx for standing behind driver Matt Uhrin. What he did was right and American.

@sgrubermiller He should be arrested for assault. If they fire him, that's his fault. I def don't want a psycho delivering to my house.

An online petition also circulated, urging FedEx to continue to employ Uhrin. It quickly reached its goal of 10,000 signatures.

On Saturday, FedEx tweeted that they had reviewed the incident and had no plans to terminate Uhrin.

We have reviewed the matter in Iowa City involving driver Matt Uhrin. He remains a FedEx employee & we have no plans to change his status.