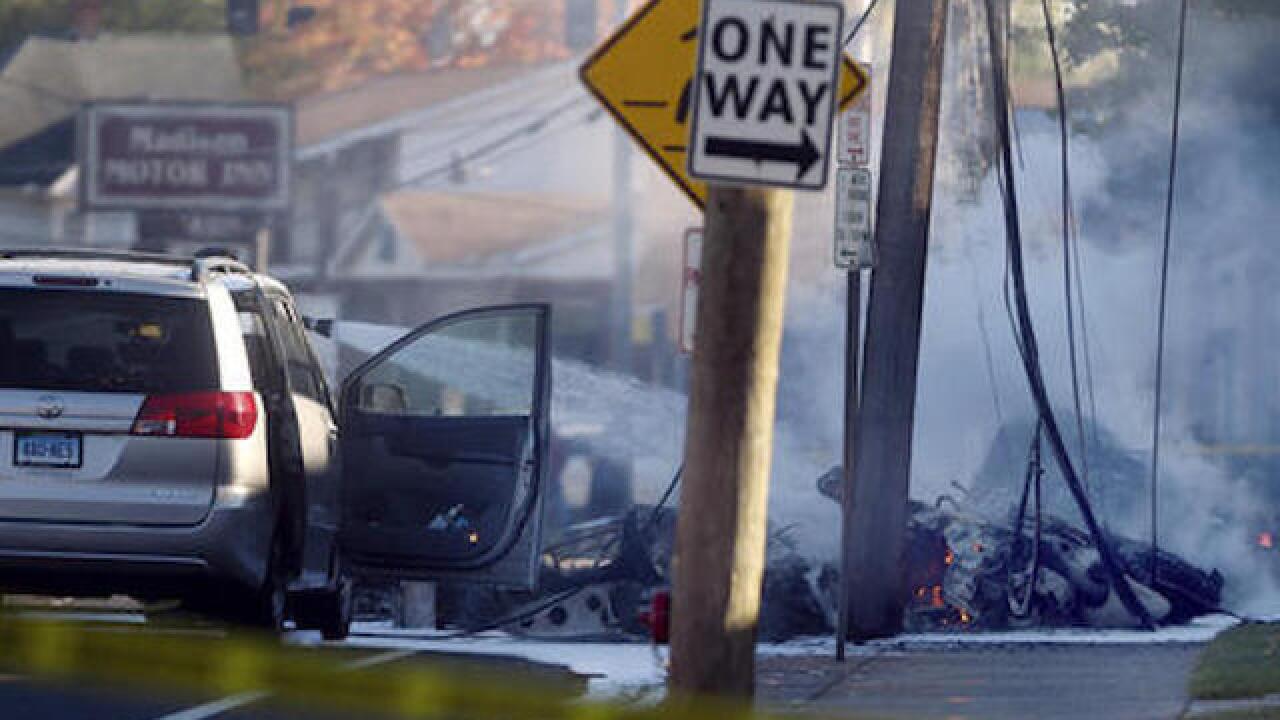 Copyright Associated Press
JIM MICHAUD
<p>Smoke pours from the smoldering remains of a small plane that crashed on Main Street in East Hartford Conn., Tuesday, Oct. 11, 2016. Two people were on the plane, one was killed and the other was hospitalized, authorities said. The site of the crash was in front of jet-engine maker Pratt & Whitney's East Hartford manufacturing facilities and across the Connecticut River from the Hartford-Brainard Airport. Utility lines were wrapped in among the wreckage and power was out to about 500 customers in the area. (AP Photo / Journal Inquirer, Jim Michaud</p>

EAST HARTFORD, Conn. (AP) — The police chief in East Hartford, Connecticut, has asked the FBI to assist the investigation into a fatal plane crash because it happened so close to Pratt & Whitney corporate headquarters.

The Federal Aviation Administration and National Transportation Safety Board are also involved in the investigation.

Authorities say a student pilot and an instructor were trying to land the Piper PA-34 Seneca at Brainard Airport in Hartford when it struck a utility pole and crashed onto the road around 4 p.m. Tuesday, bursting into flames.

Police say the pilot was hospitalized with serious burns and the passenger was in the wreckage and presumed dead. Police haven't released names.

Two people in a minivan were taken to a hospital with minor injuries.