Famed pianist, 92, to perform in Boston after heart surgery 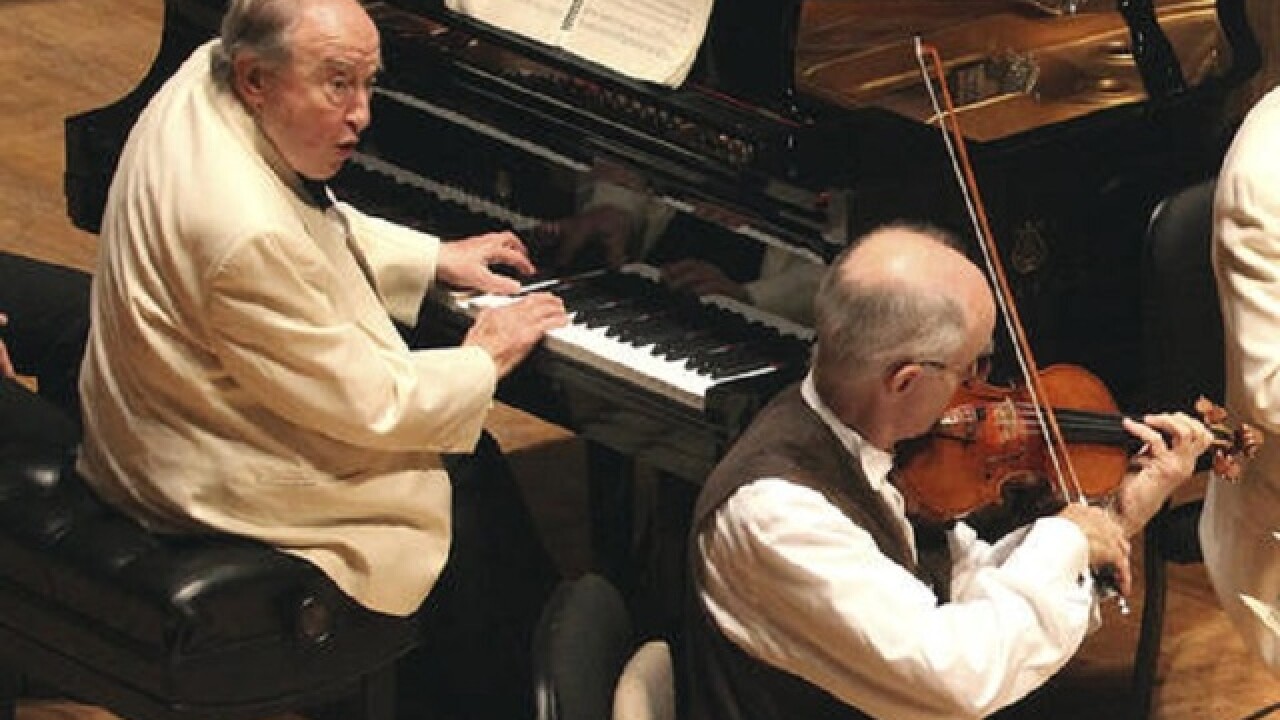 BOSTON (AP) — World-renowned pianist Menahem Pressler is returning to Boston to play his heart out in the city that kept it beating.
Pressler is performing next week with the Boston Symphony Orchestra, returning to the city where he underwent a rare, life-saving procedure to repair an aneurysm in his aorta.
He's slated to play Wolfgang Amadeus Mozart's "Piano Concerto No. 27" during concerts on November 22, 25 and 26 at Symphony Hall.
Pressler, who turns 93 on Dec. 16, says he's forever indebted to the doctors at Massachusetts General Hospital who operated on him nearly two years ago.
"I'll always be grateful and be thankful I'm alive. It's really a miracle in many, many ways," he said by phone from Bloomington, Indiana, where he's been on the music department faculty at Indiana University since 1955.
Dr. Virendra Patel, the Massachusetts General Hospital surgeon who operated on Pressler, says the pianist's recovery has exceeded even his own expectations.
"He's an amazing guy. There's no limitation for him," Patel said this week. "He's certainly accomplished a tremendous amount, and it's really awe-inspiring and amazing to know that somebody at his level is still driven to better himself and not be complacent."
Pressler says music continues to inspire him and he hopes he can share that with audiences. "In these difficult times that we live in, people need something to give them food for their soul," he said. "Who can do that better than the great composers?"
Born in Germany and raised in what's now Israel, Pressler was a founding member of the Beaux Arts Trio, a long-running ensemble that originally included violinist Daniel Guilet and cellist Bernard Greenhouse.
The trio played its first performance in 1955 in what would later become Tanglewood, the Boston Symphony Orchestra's summer home in western Massachusetts' Berkshires region. Appropriately, it ended its run at the same venue in 2008.
Pressler then launched a career as a solo pianist and has kept up a steady schedule of performances and lectures since. In recent months, he's taught in Paris, performed in Jerusalem and joined the Boston Symphony Orchestra during its summer residence in Tanglewood.
But following a performance in Germany on New Year's Eve in 2014, Pressler fell ill. He was eventually diagnosed with a life-threatening aneurysm in his thoracic aorta, the large blood vessel carrying blood from the heart to the rest of the body.
Doctors in Indiana warned Pressler that he likely would not survive surgery because of his advanced age.
Dr. Patel offered an alternative: a less invasive procedure that few hospitals in the country conducted. After a roughly six-month recovery, Pressler returned to playing the piano. He flew Patel and his family out to London to see his first return performance that summer at Wigmore Hall.
Pressler underwent another procedure to fix a different aneurysm about a year later. Today he still feels strong and says he "could not imagine" slowing down his concert schedule. Next month, he'll be in Germany for three performances, including one in his hometown of Magdeburg celebrating his birthday.
"I can see myself playing until I'm 105," Pressler says. "I'm very very busy, but I love every moment. It's a gift from heaven."
Copyright 2016 The Associated Press. All rights reserved. This material may not be published, broadcast, rewritten or redistributed.