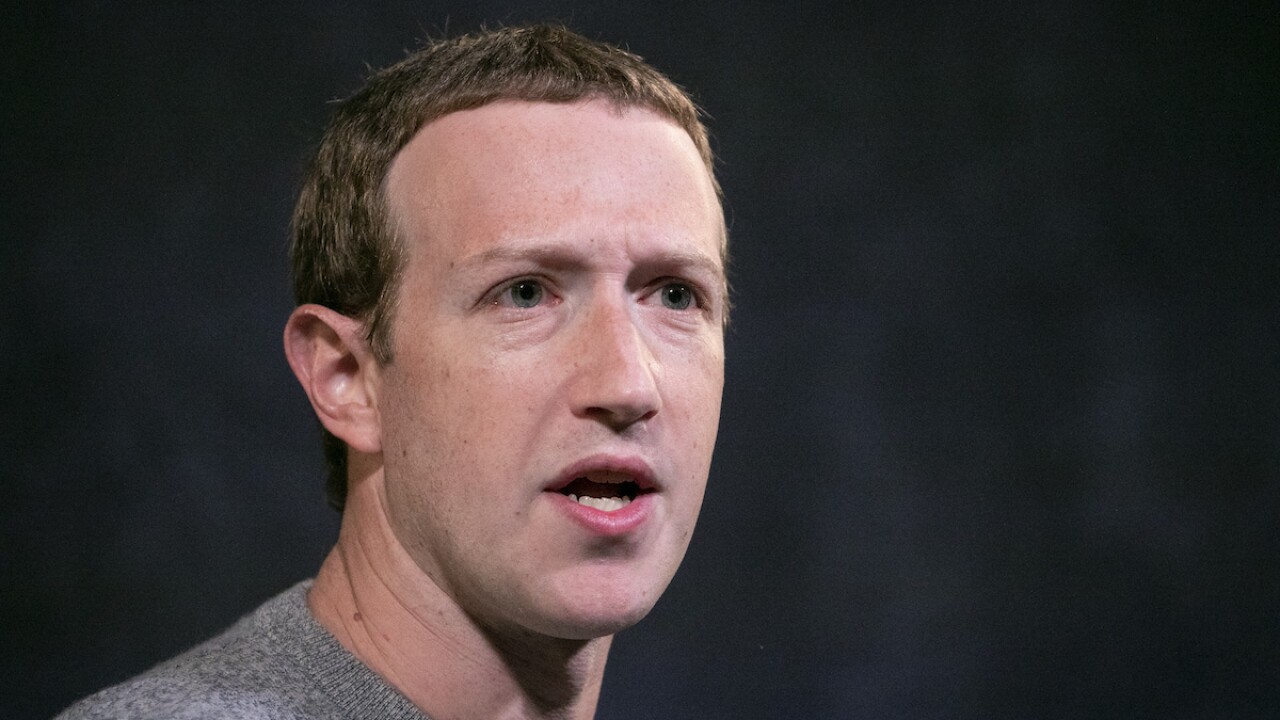 Copyright 2019 The Associated Press. All rights reserved
Mark Lennihan/AP
In this Oct. 25, 2019 photo Facebook CEO Mark Zuckerberg speaks at the Paley Center in New York. Facebook employees are using Twitter to register their frustration over Zuckerberg&#39;s decision to leave up posts by President Donald Trump that suggested protesters in Minneapolis could be shot. On Monday, June 1, 2020 Facebook employees staged a virtual “walkout” to protest the company&#39;s decision not to touch the Trump posts according to a report in the New York Times, which cited anonymous senior employees at Facebook. (AP Photo/Mark Lennihan)

OAKLAND, Calif. (AP) — Facebook employees are using Twitter to register their frustration over CEO Mark Zuckerberg's decision to leave up posts by President Donald Trump that suggested protesters in Minneapolis could be shot.

While Twitter demoted and placed a warning on a tweet about the protests that read, in part, that "when the looting starts the shooting starts,"

Trump's comment evoked the civil-rights era by borrowing a phrase used in 1967 by Miami's police chief to warn of an aggressive police response to unrest in black neighborhoods.