Eric Reid: Football player who's suing the NFL along with Colin Kaepernick, signs with Panthers 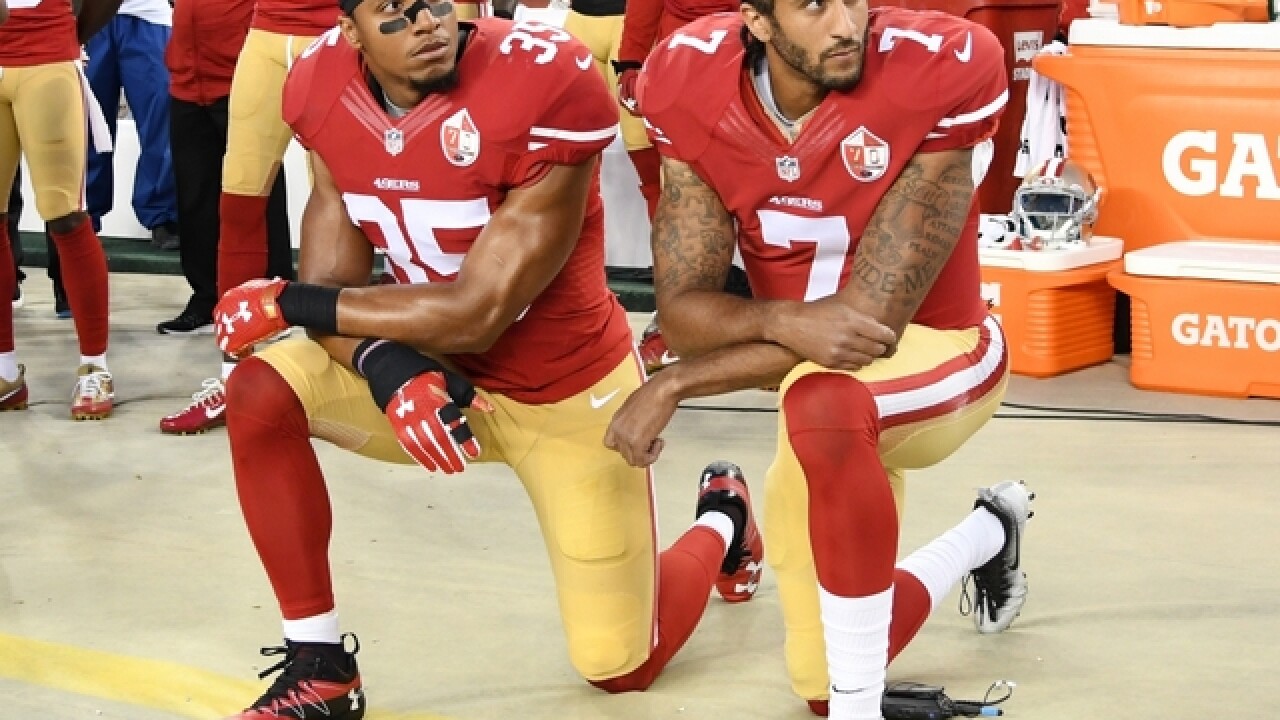 Eric Reid, who has been out of the NFL since filing a grievance against the league in May, alleging that teams were colluding to deny him a job, has been signed by the Carolina Panthers.

Reid is an ally of Colin Kaepernick, who has filed a similar grievance. He joined Kaepernick in kneeling during the National Anthem when the two were San Francisco 49ers teammates.

The Panthers announced the signing of the free-agent safety to a one-year deal in a press release on Thursday.

"Eric has been a starting safety in the NFL and has played at a high level throughout his career," general manager Marty Hurney said. "After we put Da'Norris Searcy on injured reserve, (head coach) Ron (Rivera) and I discussed our options, and Eric was at the top of our list. He is a physical safety with good ball skills and play-making ability."

Reid played for the 49ers for five seasons before becoming a free agent after the 2017 season.

Kaepernick, who has been a free agent since March 2017, filed a similar collusion grievance against the league in October 2017.

Attorney Mark Geragos, who represents Reid, told CNN in an email Thursday that Reid's collusion case against the NFL is still ongoing.

Reid was a first-round NFL draft pick in 2013 and was named that season to the Pro Bowl and the NFL All-Rookie team. He played in 13 games last season, starting 12, registering 66 tackles, two interceptions, four passes defensed and one fumble recovery.

In his career, Reid has started 69 of 70 regular season games and has 10 career interceptions.