Do you see Donald Trump in this red pepper? 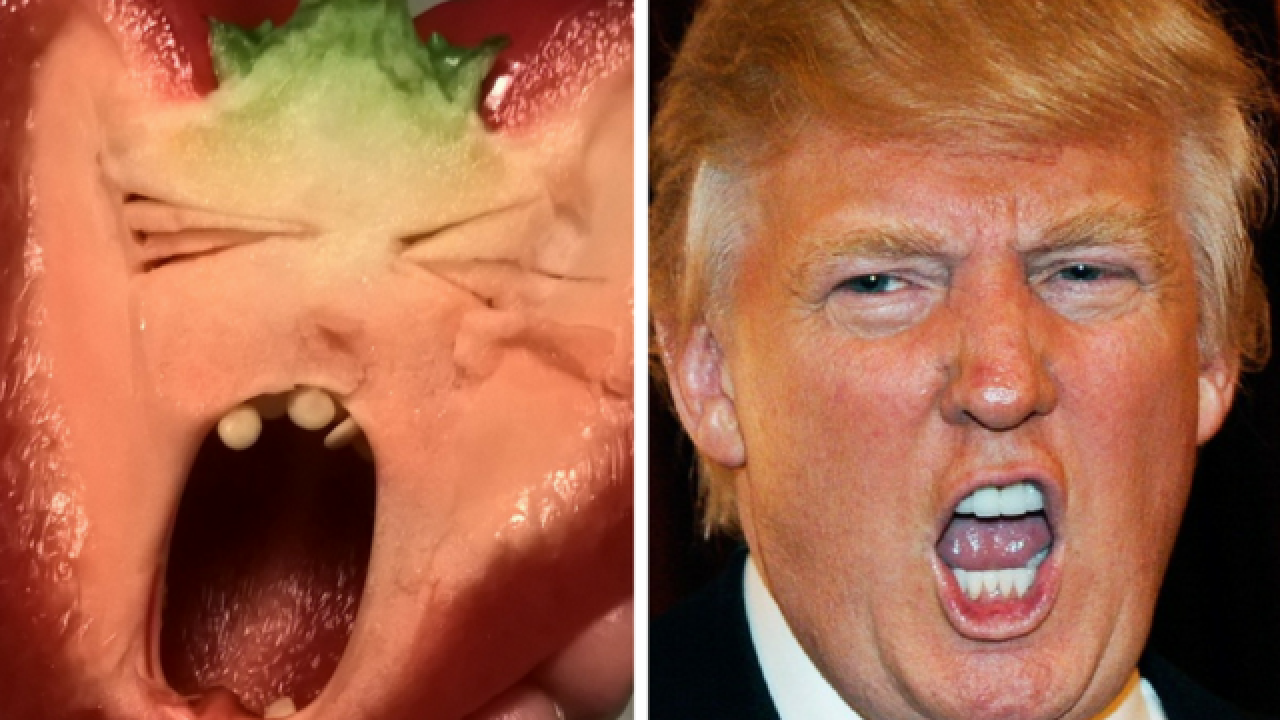 A British woman was making dinner earlier this week when she suddenly found herself face-to-face with President-elect Donald Trump.

According to The Register , Janet Ayers of Portsmouth, England was slicing red peppers for a vegetarian chili when she realized the cross-section of one of her peppers held a striking resemblance to the United States’ next president.

Ayers told The Register that the image of Trump didn’t stop her from slicing the rest of pepper up and using it in her chili. She said she suffered “no ill effects” of the Trump pepper.

Luckily, she snapped a photo of the pepper and posted it to Facebook, where it set British social media ablaze.

While some see Donald Trump in the pepper, others claim to see another New York GOP politician.

While the Donald Trump pepper didn’t survive dinner, others have cashed in after finding images in their food. In 2004, a Florida woman sold a piece of toast that she claimed contained an image of the Virgin Mary for $28,000.