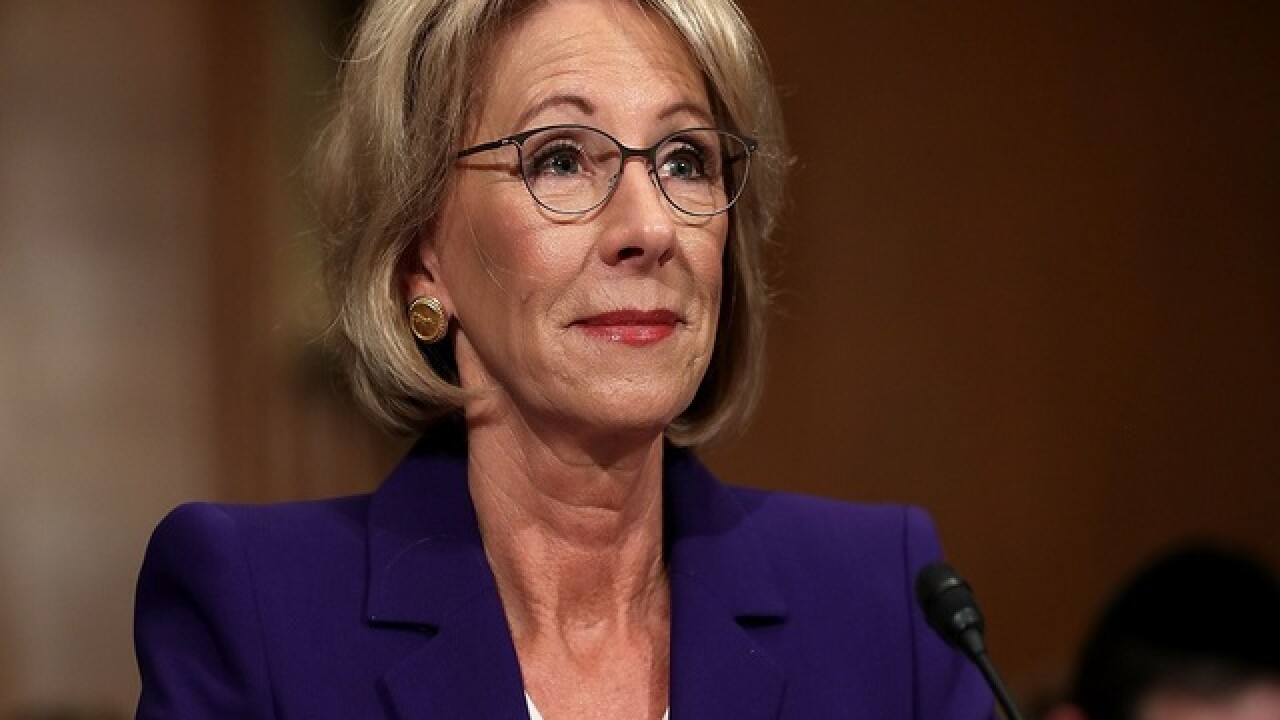 Copyright 2017 Scripps Media, Inc. All rights reserved. This material may not be published, broadcast, rewritten, or redistributed.
Chip Somodevilla

WASHINGTON (CNN) -- Donald Trump's pick for education secretary, Betsy DeVos, said at her confirmation hearing on Tuesday night that she would consider actions the President-elect described on a 2005 hot mic tape released during the 2016 campaign to be sexual assault.
Sen. Patty Murray, the top Democrat on the Senate committee considering DeVos' nomination, asked the Michigan Republican whether she would consider the actions described on the tape -- "kissing and touching women and girls without their consent," she said paraphrasing Trump -- to be sexual assault.
"Yes," DeVos answered simply.
The "Access Hollywood" tape rocked the race and led to days' worth of news coverage about Trump's comments.
"When you're a star, they let you do it. You can do anything," Trump said on the tape, after describing how he would kiss and grope women without their consent.
Trump responded to the video by apologizing "if anyone was offended."
"This was locker-room banter, a private conversation that took place many years ago," he said.
DeVos, should she be confirmed, would oversee the enforcement of campus sexual assault rules. During the hearing, she told Sen. Bob Casey, D-Pennsylvania, that she could not commit to continuing the Obama administration's guidance that schools that don't investigate campus sexual assault would be violating Title IX and could lose funding.
The-CNN-Wire
™ & © 2017 Cable News Network, Inc., a Time Warner Company. All rights reserved.
Copyright 2017 Scripps Media, Inc. All rights reserved. This material may not be published, broadcast, rewritten, or redistributed.