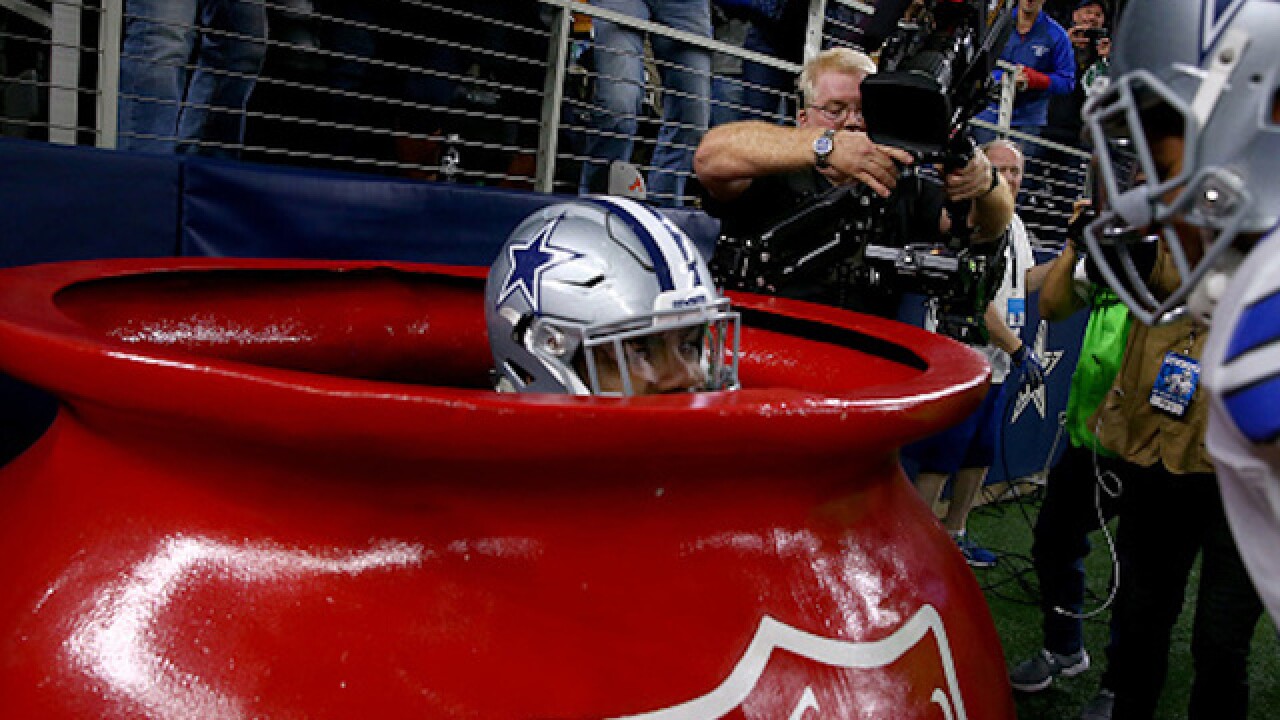 Copyright Getty Images
Tom Pennington
<p>ARLINGTON, TX - DECEMBER 18: Ezekiel Elliott #21 of the Dallas Cowboys celebrates after scoring a touchdown by jumping into a Salvation Army red kettle during the second quarter against the Tampa Bay Buccaneers at AT&amp;T Stadium on December 18, 2016 in Arlington, Texas. (Photo by Tom Pennington/Getty Images)</p>

Rookie Cowboys running back Ezekiel Elliott couldn't help himself. With a giant Salvation Army kettle located behind the end zone, Elliott jumped in the kettle after scoring a touchdown Sunday night.

Elliott was penalized for the celebration by NFL referees, but thankfully for Elliott, the Cowboys still managed to win the game.

A Salvation Army representative told ESPN that it had collected $182,000 online from late Sunday night through early early Monday morning, which marked a 61 percent increase from a similar time frame last year.

“I think the Salvation Army should give him the highest award,” Cowboys owner Jerry Jones told ESPN. “My dream would be for the NFL to really fine me a lot of money and I’ll take them to the Supreme Court and we’ll get the Salvation Army more attention than anybody can get them. So let’s go.”

According to the Salvation Army's mission, it provides assistance and resources for those who are in poverty and hungry.