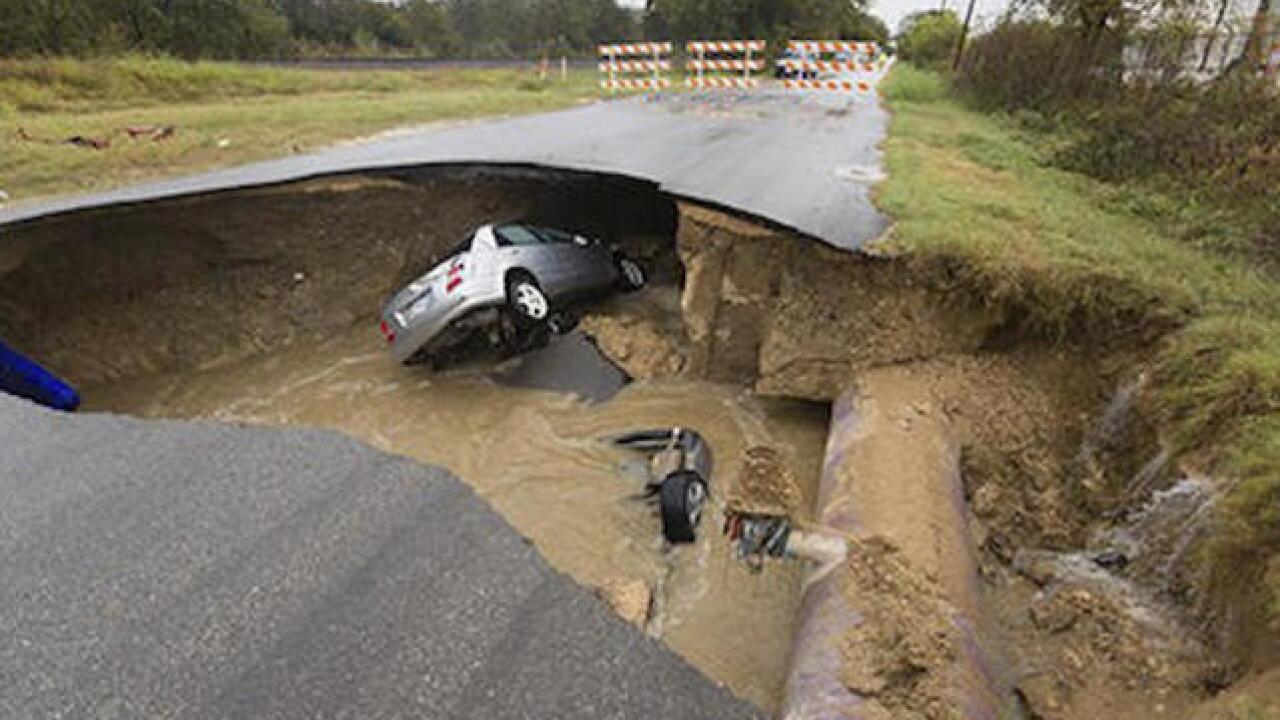 The Bexar County Sheriff's Office on Monday identified the victim as 69-year-old Deputy Dora Linda Nishihara, who was a courthouse bailiff.

A crane was used to retrieve her personal car from water about 12-feet deep. Nishihara's body was inside the vehicle.

Sheriff's spokesman James Keith says Nishihara was not working Sunday when her vehicle went into the sinkhole. Utility officials say the sinkhole appeared after a sewer line ruptured during heavy rain earlier Sunday.

Authorities say two passers-by rescued a driver after another vehicle that went into the sinkhole Sunday night. That driver and one of his rescuers were treated for minor injuries.