Warren says she'll think about presidential run after the midterms 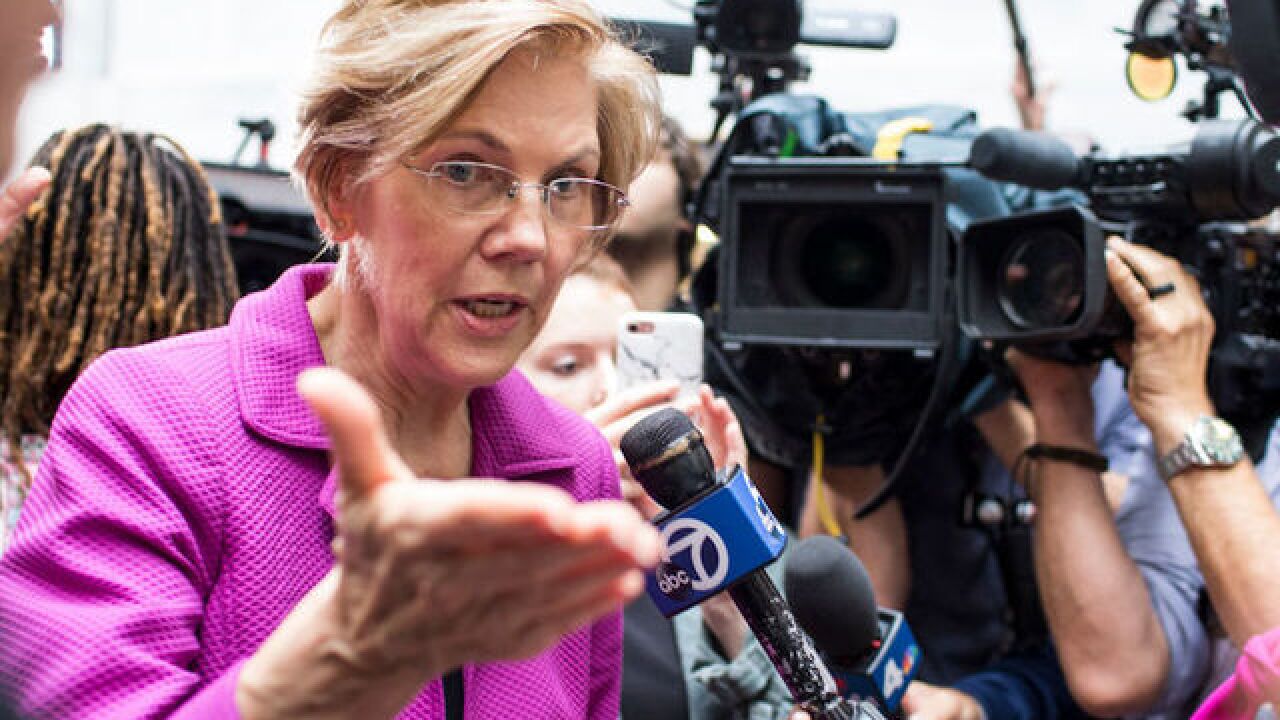 Image copyright 2018 Getty Images. All rights reserved. This material may not be published, broadcast, rewritten, or redistributed.
Zach Gibson
<p>Sen. Elizabeth Warren (D-MA) speaks to members of the press during a demonstration against Supreme Court Nominee Brett Kavanaugh in the Hart Senate Office Building on September 27, 2018 in Washington, DC. </p>

Massachusetts Sen. Elizabeth Warren said Saturday she will consider a presidential run in 2020 after the midterm elections are over.

"It's time for women to go to Washington and fix our broken government and that includes a woman at the top," the Democratic senator told a town hall crowd in Holyoke, Massachusetts. "So here's what I promise: After November 6, I will take a hard look at running for president."

Warren, who is defending her seat this year against a challenge from Republican state Rep. Geoff Diehl, had previously downplayed expectations of a run saying she is focused on her work in the Senate.

"It is really important that we focus on midterm elections and stop acting like the only important shiny object in the room is 2020," she told reporters during her speech at the National Press Club in August. "The important fight coming up right now is midterm election, and that's true in Massachusetts, It's true all across this country."