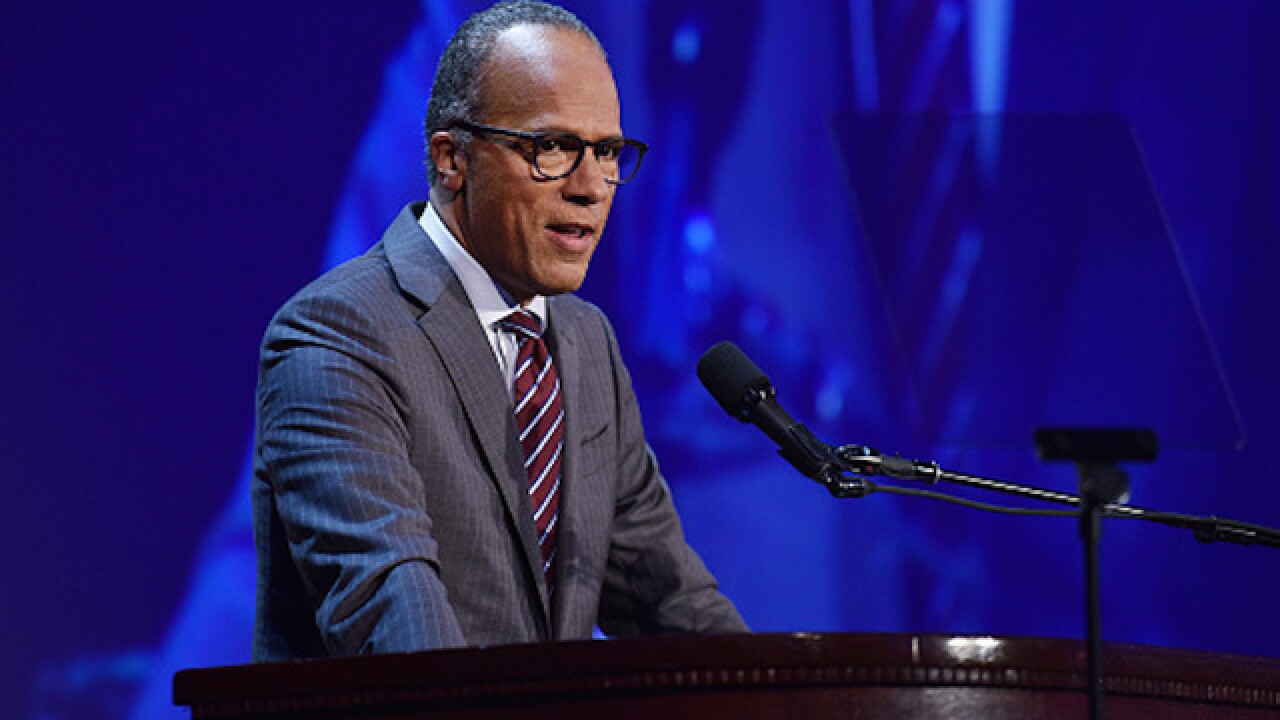 In one week, Republican nominee Donald Trump and Democratic Party standard-bearer Hillary Clinton will face each other for the first time during the 2016 election cycle. On Monday, the topics for next week's debate were released by moderator Lester Holt.

Holt, an anchor at NBC News, announced that the debate held at Hofstra University will feature three themes:

While Holt did not say how much time he would spend on each topic, the Commission on Presidential Debates previously announced that the first debate would feature six 15-minute segments. Presumably, Holt will spend 30 minutes on each topic.

According to the commission, Holt "will open each segment with a question, after which each candidate will have two minutes to respond. Candidates will then have an opportunity to respond to each other. The moderator will use the balance of the time in the segment for a deeper discussion of the topic."

On Friday, the debate commission announced that Trump and Clinton were the only two candidates who polled at a high enough level to qualify for the first debate.

Next week's debate will be the first time Holt has moderated a presidential debate between the nominees of the two major parties. Holt previously moderated a Democratic Party debate between Clinton and challengers Bernie Sanders and Martin O'Malley in January.