Sean Hannity will not be in more Trump campaign videos, Fox News says 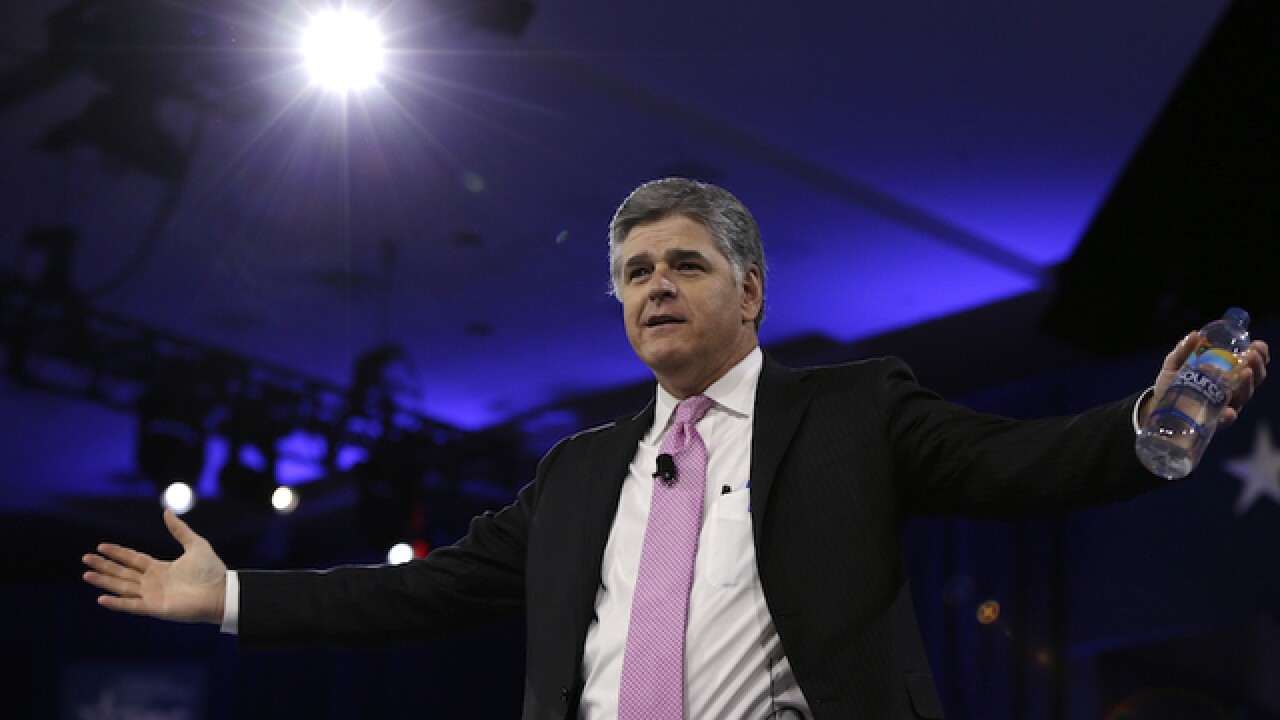 Carolyn Kaster
<p>In this March 4, 2016, photo, Sean Hannity of Fox News arrives in National Harbor, Md. Hannity is getting a bruising reminder that this year's presidential campaign defies traditional political rules. The Fox News Channel and radio host had a nasty spat with Ted Cruz this week, following criticism from both the left and right about his interviews with Donald Trump. (AP Photo/Carolyn Kaster)</p>

Hannity touts what he sees as the benefits of a Trump presidency in a video titled "#HEARTLAND4TRUMP" posted on the candidate's YouTube channel Sunday. Hannity's appears in about 30 seconds of the 8-minute long video.

In a statement, Fox News said Hannity "will not be doing anything along these lines for the remainder of the election season." Fox said it did not know in advance that Hannity would be making the appearance.

In the video, Hannity is identified as a "TV personality." Conservative rocker Ted Nugent and several hunters appear to express the belief that Trump will protect their rights. Hannity says that he has been a marksman since he was 11 years old, so "protecting our Second Amendment rights is paramount to me."

A Fox spokeswoman had no immediate answer Wednesday when asked whether Hannity would be disciplined for the campaign appearance. In 2010, Hannity was ordered by his Fox bosses to cancel an appearance at a Tea Party rally in Cincinnati. He was to headline a fundraiser for the political organization and planned to broadcast the rally on his show.

Hannity has made no secret of his support for Trump and acknowledged to The New York Times last month he gives the candidate campaign advice. He maintains that as an opinionated talk show host, he should not be held to the same impartiality standards as reporters.

As Trump has cut back on opportunities for reporters to question him, Fox News — and particularly Hannity's show — has been a favored venue. A Trump town hall in Ohio on Wednesday morning, with Hannity's participation, is to be aired on Hannity's prime-time show at 10 p.m. EDT.

Copyright 2015 The Associated Press. All rights reserved. This material may not be published, broadcast, rewritten or redistributed.