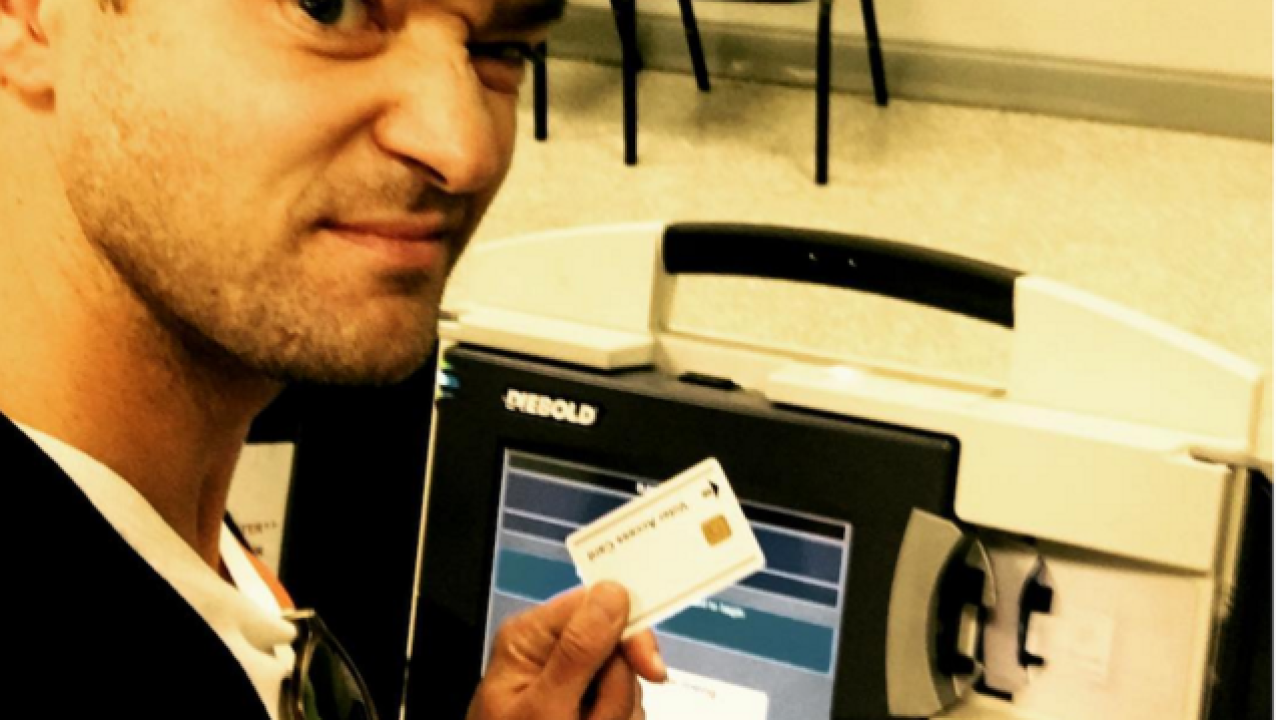 Musician and pop icon Justin Timberlake deleted a photo from Instagram of him with his ballot after he apparently broke Tennessee's election law prohibiting photography at the ballot box.

Timberlake had flown to his hometown of Memphis, Tennessee to cast a ballot for next month's election on Monday.

Many states have a law that prohibits voters from taking photographs of their ballot while voting. While you cannot see who Timberlake voted for, he is clearly in the ballot box during the act of voting.

According to a bill passed by Tennessee's legislature in 2015, "This bill prohibits voters from using cell phones and other electronic devices for telephone conversations, recording, or taking photographs or videos while inside the polling location."

Violation of the law is considered a misdemeanor.

"I just flew from LA to Memphis to #rockthevote !!! No excuses, my good people! There could be early voting in your town too. If not, November 8th," Timberlake wrote.

While few have been charged for taking photos at the ballot box, there has been a push to legalize ballot selfies.

A person could be charged with a felony in Illinois, Indiana and Wisconsin for taking photos at the ballot booth.

But with the advent of Snapchat, the social media company has taken the state of New Hampshire to federal court over the issue.

In September, a federal appeals court ruled 3-0 that the state had not shown that it was using the least restrictive means to achieve a compelling state interest of prohibiting voting fraud. According to the ruling, New Hampshire Secretary of State William Gardner was unable to show examples of how ballot photography led to voting fraud.