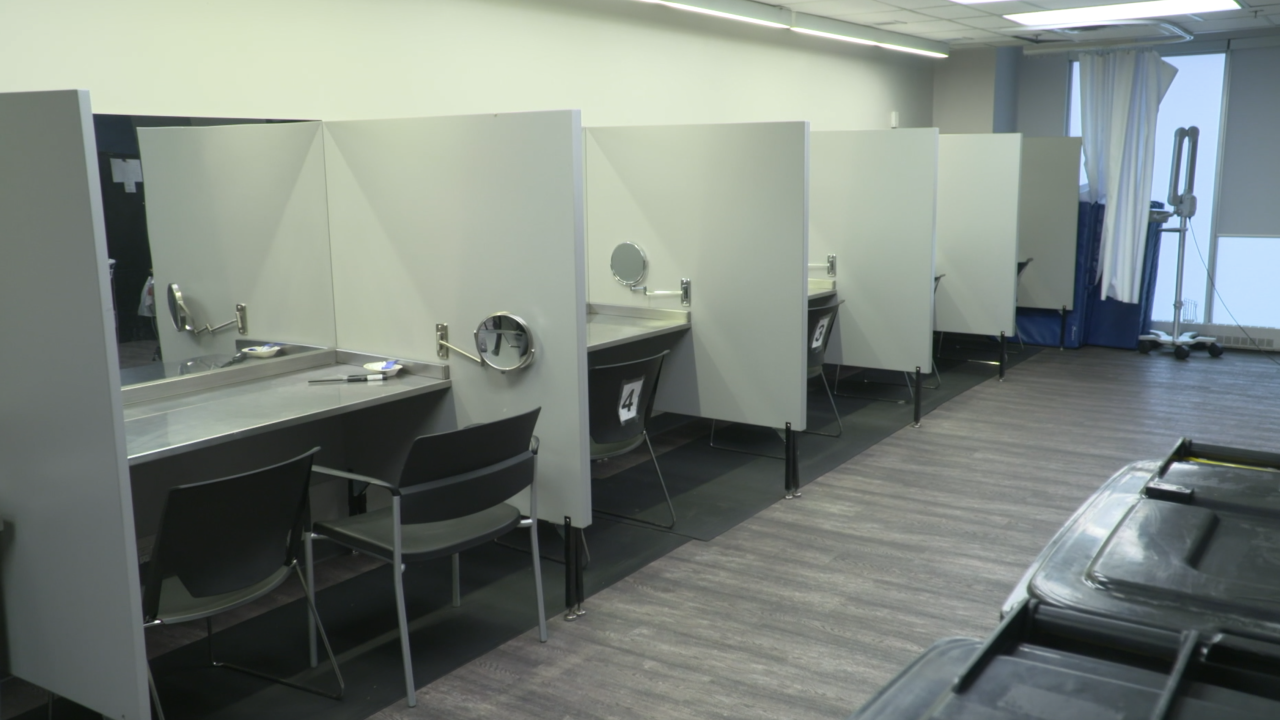 PHILADELPHIA, Pa. – Around the world there are more than 100 safe injection sites, in countries like Canada, Australia and Spain. However, in the U.S. there are none.

Rendell has been leading a fighting for Philadelphia to open the first safe injection site in the country. He joined the organization Safehouse in this effort shortly after his best friend’s son overdosed on heroin.

“When John Decker died, it became personal,” added Rendell. “Decker wasn’t my son, but I knew him since he was a 2-year-old boy.”

The proposal has landed Rendell and supporters of the plan against the federal government. The Department of Justice sued Safehouse last year to block the site but then earlier this month this call happened.

“It’s kind of a nuance. He just said it’s not unlawful activity,” said a board member of Safehouse who was on speaker phone in Rendell’s office. The call described a judge’s decision minutes earlier. The federal judge denied the Trump administration’s motion to block Safehouse from opening a safe injection site under the federal Crack House Statue.

“It is clearly a victory,” said Rendell during the call.

A victory against the D.O.J for now, but Rendell and Safehouse still have to win over the public.

There’s a lot the criticism around the idea of a safe injection sites, some argue one in the U.S. would be promoting the use of opioid drugs rather than curbing it.

“Ridiculous! No one is going to get hooked on opioids because they think of themselves well if I get her back and always inject in front of a medical personnel,” Rendell responds.

However, many in the community of Kensington, where the safe injection site would be located, add additional concerns. Some neighbors fear a site would bring addicts from all over the city to a neighborhood already struggling and possibly take that neighborhood to a new low.

“If you have time I’d say go out to Kensington and look at what’s there right now couldn’t get any worse,” argues Rendell. “My message to the neighbors is that we are going to bring it all indoors no one is going to be shooting up in front of your kids because they’re going to be inside a house.”

One of Rendell’s strongest arguments for Safehouse is that it will save lives and relieve the taxpayer from a significant burden. Safehouse will be completely funded by donations. Every life it potentially saves, saves taxpayers from coroner reports, police investigations that result from overdose deaths.

“It’s bringing people inside. This results in less drug use out in the neighborhood as well and an opportunity to connect people to services,” said Rita Shashin with The Works.

Every user who comes to the facility sits in a waiting room after injecting. They are monitored to make sure there isn’t a delayed overdose and so they are not high on the streets.

Then, the user sits and talks to a councilor about personal issues, maybe what is leading to their use, and also about the idea of going to rehab.

Hundreds of users who have visited The Works, have gone to rehab. About 1,000 people have overdosed but every one of those lives were saved.

In fact, not a single safe injection site around the world has reported an overdose death in its facility and overdoses in the respective surrounding communities have gone down, in some cases by 30%.

Other cities like Denver, Seattle and New York are considering opening safe injection sites, but are watching for Philadelphia’s next move.