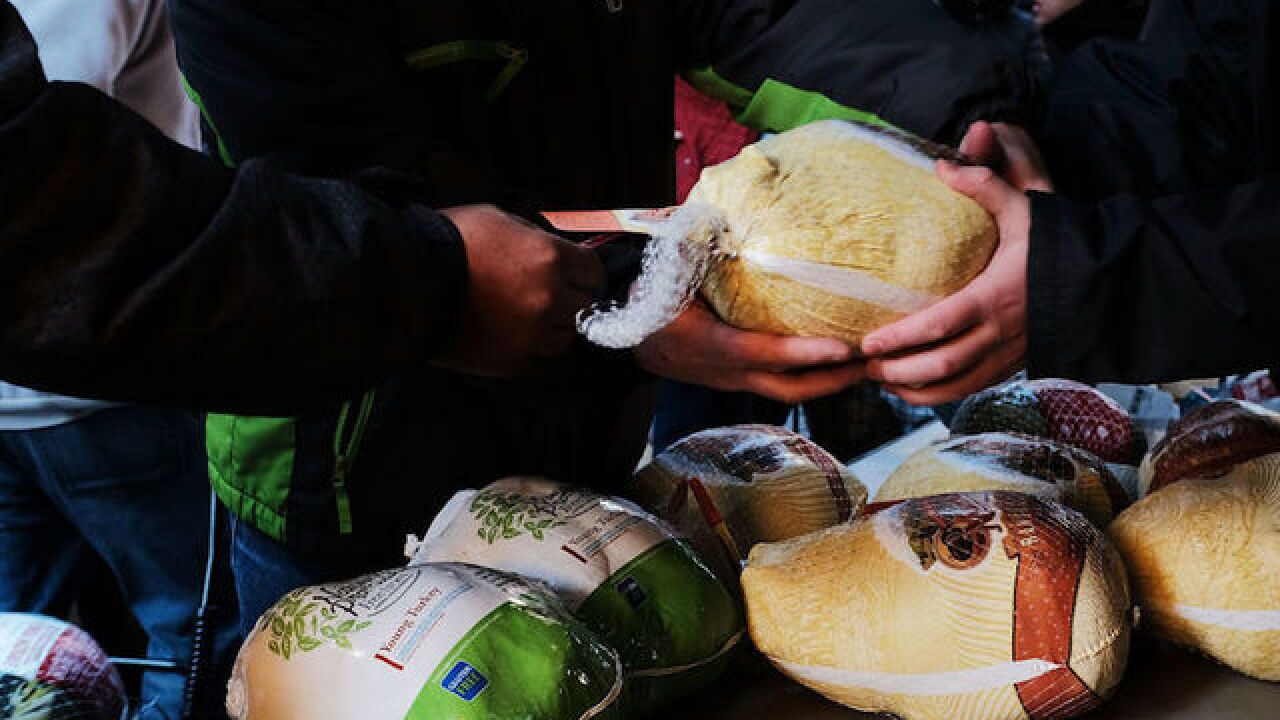 Image copyright 2017 Getty Images. All rights reserved. This material may not be published, broadcast, rewritten, or redistributed.
Spencer Platt
<p>New Yorkers receive special Thanksgiving groceries, including a turkey, at the Reaching Out Community Services food pantry on November 20, 2017 in the Brooklyn borough of New York City.</p>

As Thanksgiving nears, 74 more cases of salmonella, including 1 death, have been linked to raw turkey products, according to the Centers for Disease Control and Prevention.

The CDC announced the outbreak in July, but more people have gotten sick, bringing the total to 164 in 35 states. One person in California has died, and 63 people have been hospitalized.

The outbreak started in November 2017. It's unclear where the turkey at the center of this outbreak came from, as there doesn't appear to be one centralized distributor, the agency said. This could mean that "it might be widespread in the turkey industry."

Lab tests show that the salmonella came from a variety of products, including ground turkey and turkey patties. Tests showed that it's also been in live turkeys and pet food.

The US Department of Agriculture and the CDC have been working with the industry, asking what steps could be taken to reduce this kind of contamination, and the investigation is ongoing.

Symptoms of salmonella infection include fever, diarrhea and stomach cramps, and they usually last four to seven days. Most people recover without treatment. In rare cases, the infection can cause death if a patient is not treated promptly with antibiotics.

There are an estimated 1.2 million salmonella cases in the United States annually, and various foods are to blame for about 1 million of those illnesses, according to the CDC.

The CDC said that if you plan to handle raw turkey, make sure you are extra careful: Wash your hands after touching it. Cook products thoroughly to avoid getting sick. Thaw turkeys in the refrigerator, not on the counter.