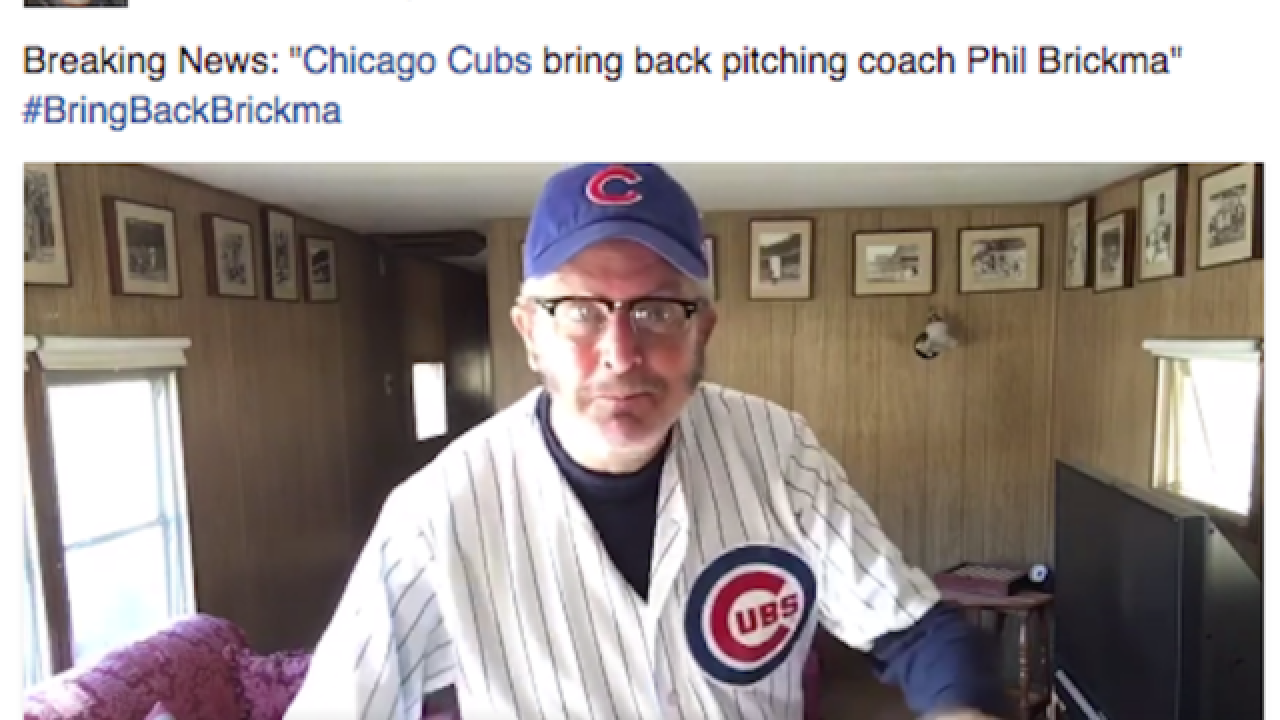 Daniel Stern / Facebook
<p>Actor Daniel Stern plays his character Phil Brickma from the 1993 movie "Rookie of the Year." Stern revived the character in a Facebook video after the Chicago Cubs won a playoff series against the San Francisco Giants.</p>

The character from the 1993 baseball movie "Rookie of the Year" was brought back by actor Daniel Stern in a series of Facebook videos to honor the Cubs' current MLB playoff run.

"Hello internet," Stern says in one video, dressed as Brickma in his signature Cubs uniform and black-framed glasses. "Just wanted to share a little bit of good news. It looks like the Cubbies are bringing me back."

In the first video, posted Oct. 9, Stern speaks to the camera as he holds a baseball bat, taking occasional breaks to spit tobacco into an empty bottle.

As Brickma, Stern comments on the current Cubs team, especially his fondness for its pitching.

"My God the pitching has been outstanding," he says in the video. "[Cubs pitcher Travis Wood] knows how to use those hips!"

Stern's first video has been watched more than 2.7 million times since being posted to Facebook. It has also been shared more than 25,000 times.

"Rookie of the Year" followed a 12-year-old boy who became a pitcher for the Cubs and led the team into the playoffs. Stern acted in the film and directed it.

Watch his video below.