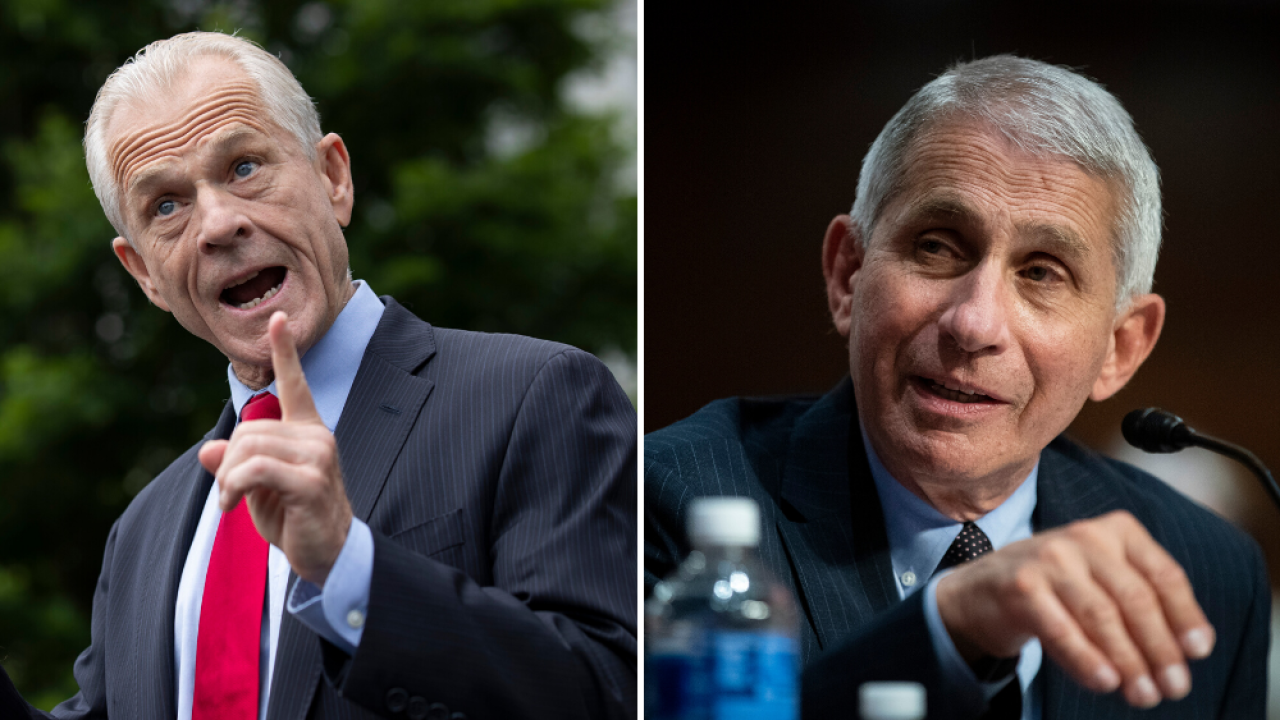 In an op-ed in USA Today, White House staffer and Assistant to the President Peter Navarro denounced Dr. Anthony Fauci — the Director of the National Institute of Allergies and Infectious Diseases — as being "wrong about everything I have interacted with him on" when it comes to the coronavirus pandemic.

In the column, Navarro claimed Fauci — who, until recently, was one of the most publicly available members of the coronavirus task force — did not properly warn the public about the dangers of COVID-19.

"When I warned in late January in a memo of a possibly deadly pandemic, the director of the National Institute of Allergy and Infectious Diseases was telling the news media not to worry," he wrote in his op-ed.

Navarro claimed in the column that Fauci "fought against" President Donald Trump's decision to ban travel between the United States in China, despite ample evidence to the contrary.

Finally, Navarro chastised Fauci for "flip-flopping on the use of masks."

Fauci and several other government officials and agencies — including the CDC and Surgeon General Jerome Adams — initially recommended against the use of masks by the general public in the hopes of preserving a depleted national stockpile. However, Fauci has often advocated for the use of masks in public since the CDC changed its guidance in April, and has since admitted the inconsistent guidance was "was detrimental in getting the message across."

President Donald Trump has also publicly broken with Fauci on several points, including reopening schools, testing and the current outlook. On Monday, Trump maintained that he and Fauci have a "very good relationship."

A New York Times poll indicates that 76% of Americans trusted Fauci to provide "accurate information" regarding COVID-19, while just 26% of Americans said the same for Trump.