Waitress given $650 tip from stranger participating in Venmo Challenge 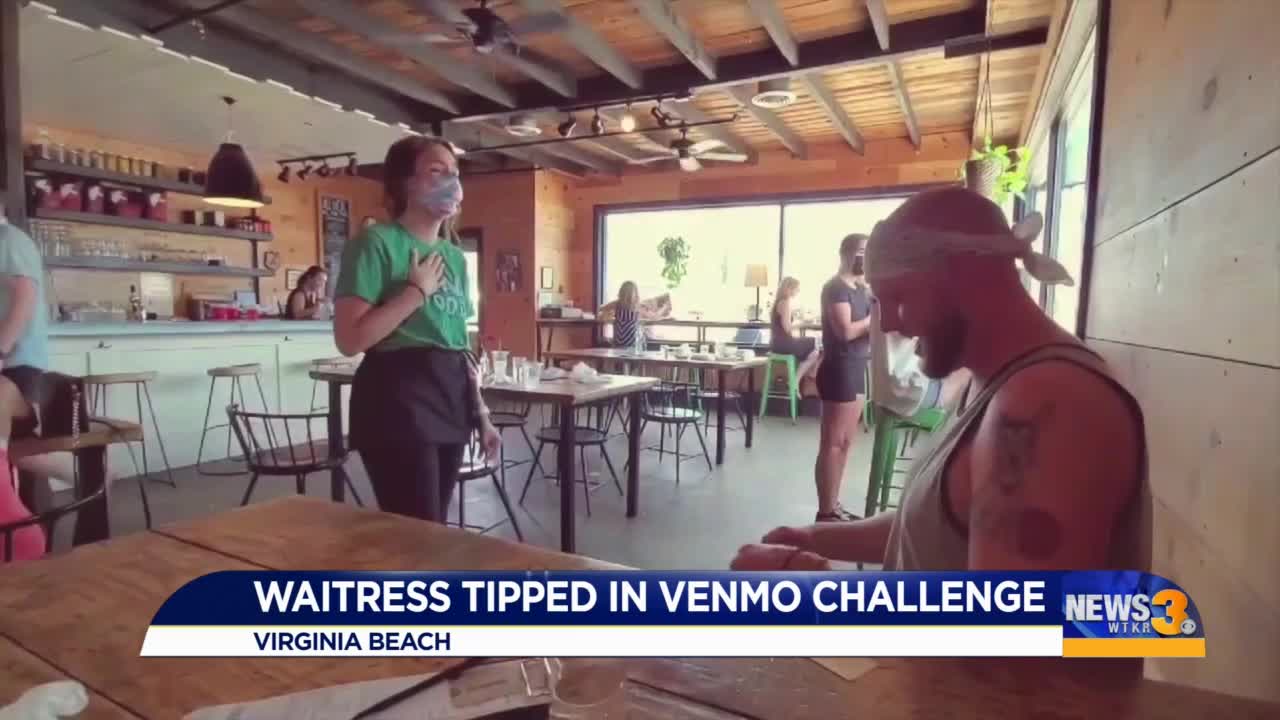 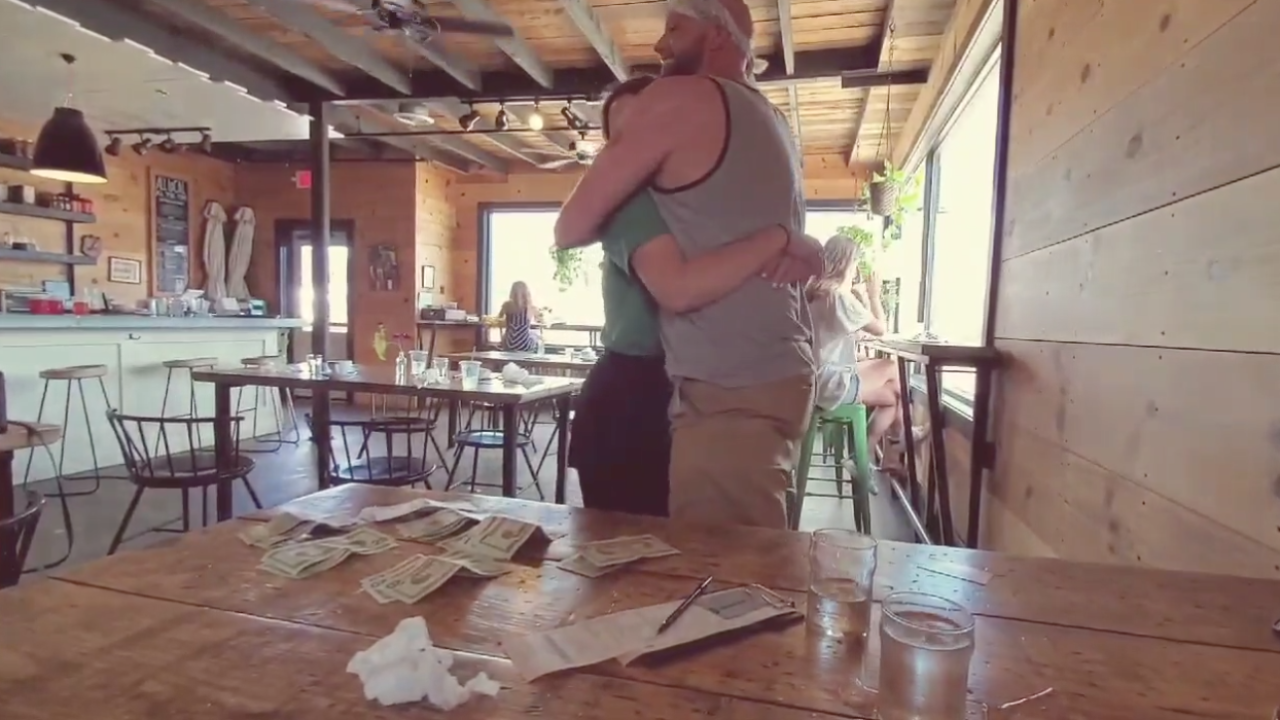 VIRGINIA BEACH, Va. - Between the hustle and bustle of serving hungry customers at Commune in Virginia Beach, you'll find small pops of beauty.

That beauty took a new form on Friday when Dan Pew walked through the doors.

He was visiting from Ohio with his fiance and said he wanted to spread love and positivity during his time in the Resort City.

A few days before vacation, he was scrolling through the social media platform Tik Tok when he came across posts about the Venmo Challenge.

It encourages people to give back to their community.

Pew was inspired by the videos of people surprising waiters and waitresses, so he took the plea to his followers on social media.

In a message he said, "We're going to Virginia Beach for vacation this week and we want to surprise a food service worker with a huge tip."

After putting the challenge out there, the internet got to work. Pew racked up hundreds of dollars in his Venmo account in just a few days.

Then on Friday, after being helped by Aubrey Seykerbuyk at Commune, Pew pulled out $650.

Seykerbuyk recalled the moment that made her jaw drop to the ground, "He had like a wad of cash and started counting it out in front of me and I honestly didn't know like what was happening. I didn't know if it was like a social experiment to see if I would take it or not."

It was no experiment. The young waitress was nearly brought to tears.

She said the act of kindness couldn't have come at a better time. "My vision has been clouded by so much negativity just by everything going on recently and that little glimmer of kindness that I received yesterday was just enough to remind me that there is still good people, there are still good people in this world and we need more of them."

Even better, the other servers got a piece of the pie.

Chelsey Miller is the front house manager at Commune who was working when the surprise took place.

"We all tip share so it kinda went to all of us and they didn't even realize that was going to be the case either so it was really awesome," she said. "We're all really grateful to be a part of one of those pay-it-forward things."

Miller said the $650 was split between the 5 servers working.

"They had the means and they decided to help which is all anybody can ask for right now," Seykerbuyk said.

Before making his exit from town to share the love elsewhere, Pew said "It's not about me, it's not about the money, it's about the message of spreading positivity and love."

Miller said it’s awesome to see people appreciating restaurant workers and helping out after their businesses have been closed down due to COVID-19.

This story originally reported by Erin Miller on wtkr.com.