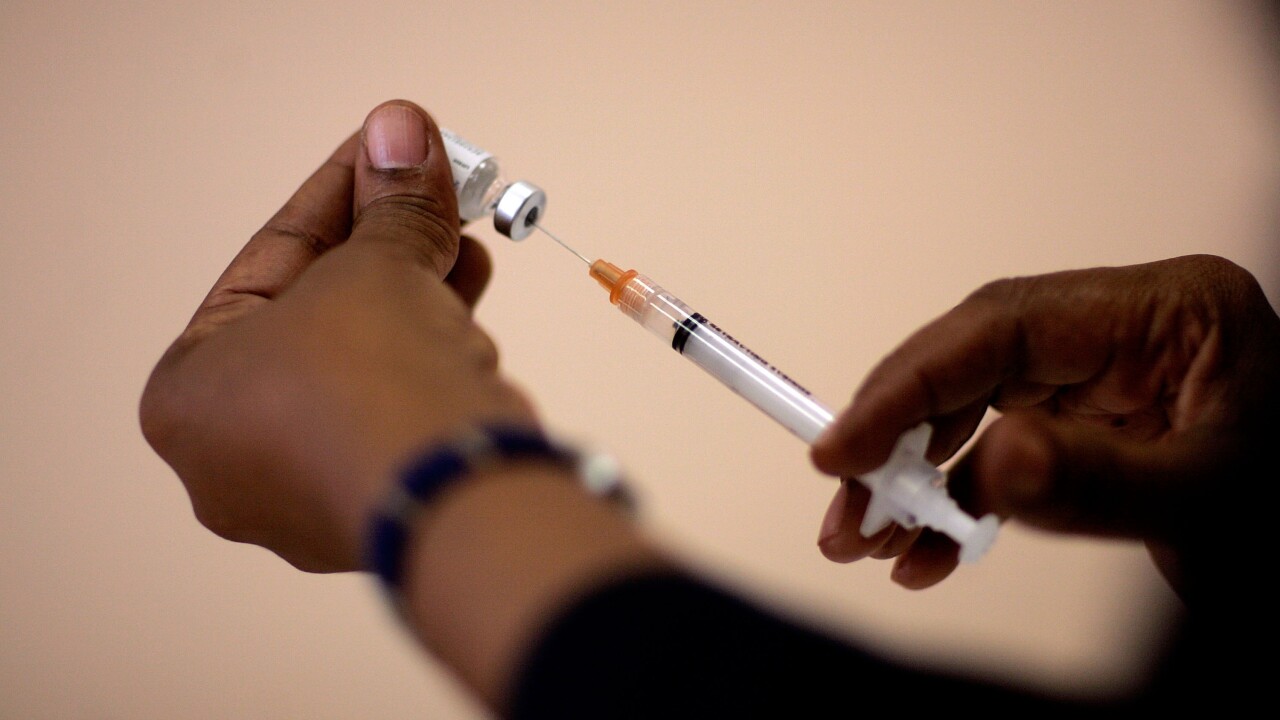 One of the leading COVID-19 vaccine candidates produced virus antibodies in every patient tested in a trial conducted earlier this year, according to a report in the New England Journal of Medicine.

The published results describe a successful Phase I testing for the vaccine, which is being produced by biotech company Moderna. The vaccine is currently in Phase II of testing, and Dr. Anthony Fauci said Tuesday that the vaccine would move to the third and final phase by the end of the month.

According to the New England Journal of Medicine report, Phase I was conducted in 45 test subjects. Subjects were divided into three groups of 15, each of which was given different doses of the vaccine.
Every subject received two shots, each administered 28 days apart.

According to the New England Journal of Medicine, the vaccine "induced anti–SARS-CoV-2 immune responses in all participants."

The Journal did note that half of the participants indicated they suffered from side effects that included "fatigue, chills, headache, myalgia, and pain at the injection site," most of which came after the second injection. Three of the participants who received the highest dosage of the vaccine reported at least one "severe" side effect.

Fauci has said that the US is currently producing the top vaccine candidates with the hopes of distributing them when they are cleared for use by the FDA. He said Tuesday he remains "cautiously optimistic" that millions of doses of a vaccine will be available by January.