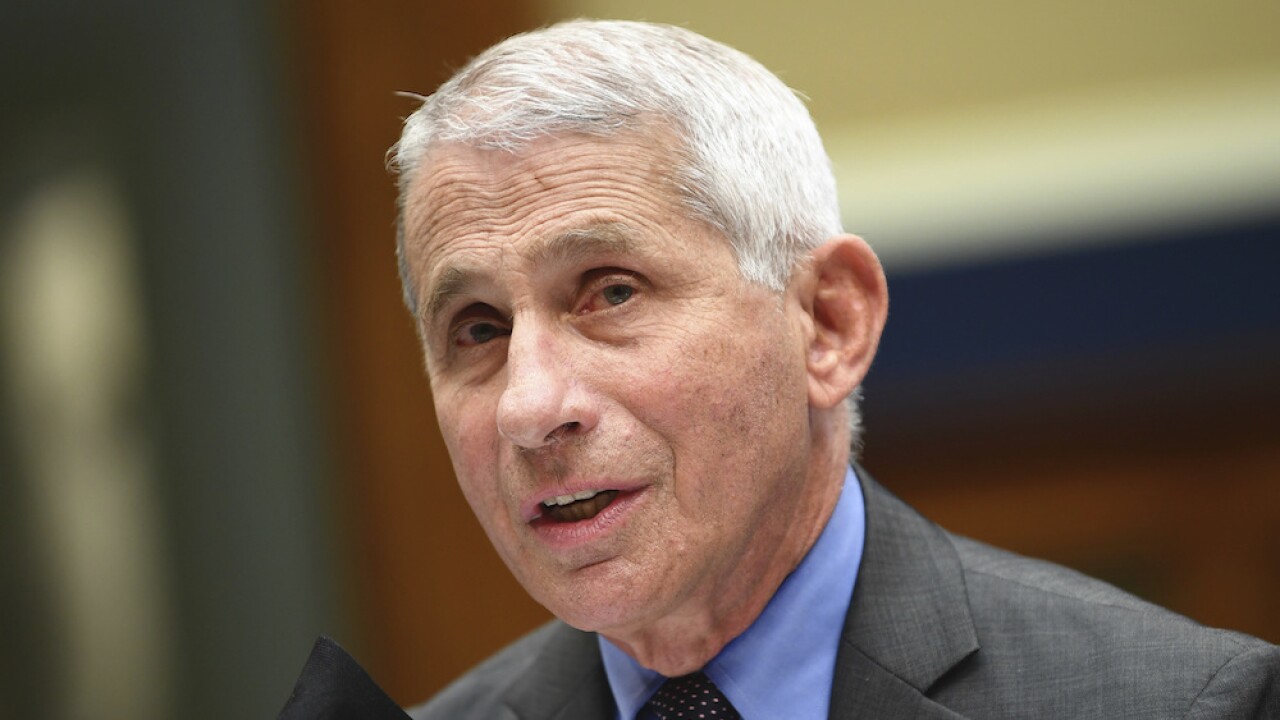 UPI
KEVIN DIETSCH/AP
Director of the National Institute of Allergy and Infectious Diseases Dr. Anthony Fauci testifies before a House Committee on Energy and Commerce on the Trump administration's response to the COVID-19 pandemic on Capitol Hill in Washington on Tuesday, June 23, 2020. (Kevin Dietsch/Pool via AP)

Dr. Anthony Fauci said Wednesday that he thought that a fellow White House staffer's attempt to discredit him in a USA Today op-ed was "bizarre" and urged others in the administration to stop public partisan bickering about the pandemic.

In an interview with The Atlantic, Fauci called the infighting "nonsense" and urged the administration to "reset."

"When you look at the numbers, obviously, we've got to do better. We've got to almost reset this and say, 'Okay, let's stop this nonsense,'" Fauci said.

Fauci's comments were published a day after the White House's top trade expert, Peter Navarro, published an op-ed in USA Today in which Navarro claimed that Fauci had been "wrong about everything." On Wednesday, both President Donald Trump and the White House said that Navarro did not receive clearance to publish the column. Trump said in an interview on Wednesday that Navarro "shouldn't be doing that."

"Well, that is a bit bizarre. And I have to tell you, I think if I sit here and just shrug my shoulders and say, "Well, you know, that's life in the fast lane ..." Fauci said, according to The Atlantic.

Fauci later said that he "can't explain Peter Navarro," adding that "he's in a world by himself."

Fauci also told The Atlantic that he had spoken to White House Chief of Staff Mark Meadows about Navarro's column and told him that he felt it was detrimental to the president. Fauci added that he did not receive an apology from Meadows.

Once a fixture at daily Coronavirus Task Force Briefings and on cable news, Fauci has been notably absent from national television in recent weeks — though he appears to make regular media appearances on internet streams and podcasts. When asked if the Trump administration was limiting his media appearances, Fauci told The Atlantic that he couldn't comment, "but I think you know what the answer to that is."

Fauci also said in the interview that he and Trump haven't had a one-on-one talk "in a while," and that his input goes "through the vice president."

Earlier this week, Trump told reporters that he continues to have a "good relationship" with Fauci.

Polling shows that Fauci, who has served as the head of the National Institute of Allergies and Infectious Diseases since 1984, has become one of the most trusted administration officials when it comes to giving advice amid the pandemic. He's broken with Trump on several aspects of the administration's response, including school reopenings and testing.