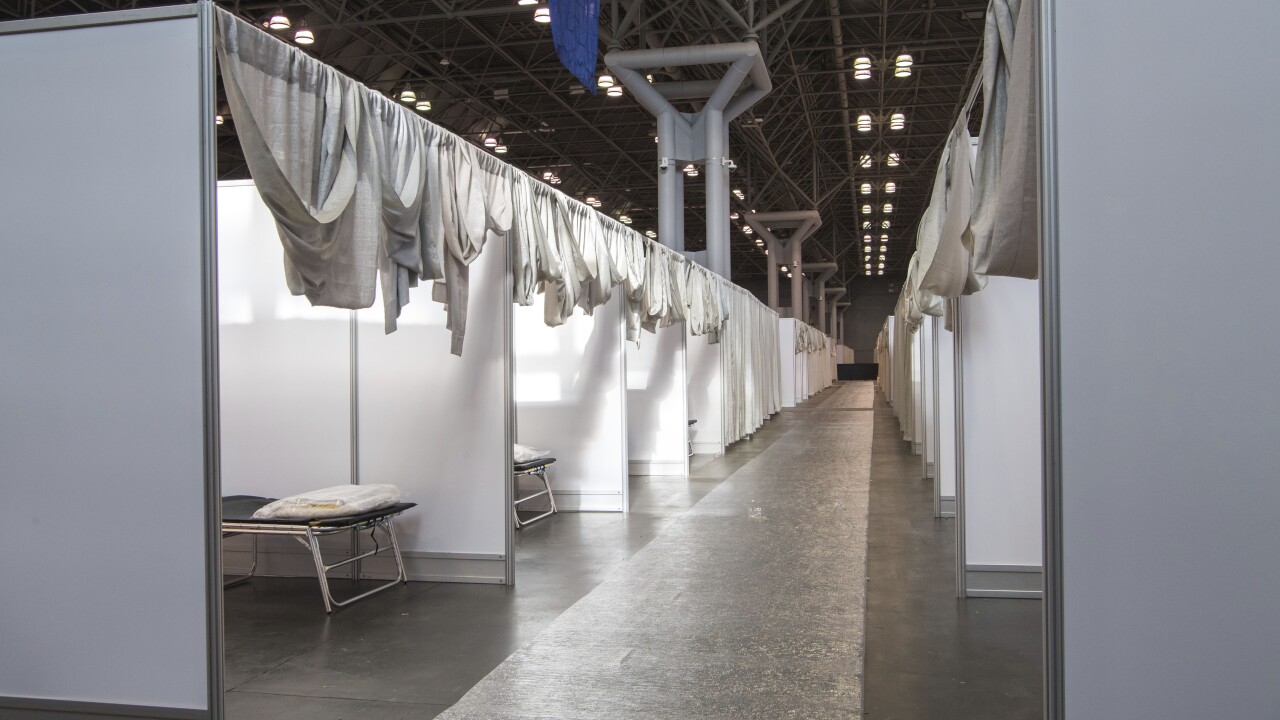 The Army Corp of Engineers is looking at more than 300 facilities nationwide that it could turn into hospitals.

New York City’s Javits Convention Center opened as a temporary hospital on Monday. Thousands of beds are now set up to receive patients who are not suffering from COVID-19.

The field hospital is staffed with hospital units from Fort Campbell and Fort Hood.

Wayne Brackin, the CEO of Kidz Medical Services, has experience with field hospitals and hospital hurricane responses in Florida. He says the Army can set up a field hospital in just weeks.

“It will have the feeling of being in a mass unit,” said Brackin. “You'll come into a different kind of facility. They'll be higher levels of security. You're clearly in most cases going to be going into a structure that's been built and will have a lot of components that will look like a very sophisticated version of a tent.”

Brackin says an advantage of an existing structure is it's typically climate controlled.

The Army is sending field hospitals to Washington state and New Jersey. It says they'll be running by April 2.

The Central Park field hospital is designed as a respiratory care unit. They plan to see dozens of coronavirus patients.

The organization says it's bringing-in a large disaster response team with doctors and nurses.