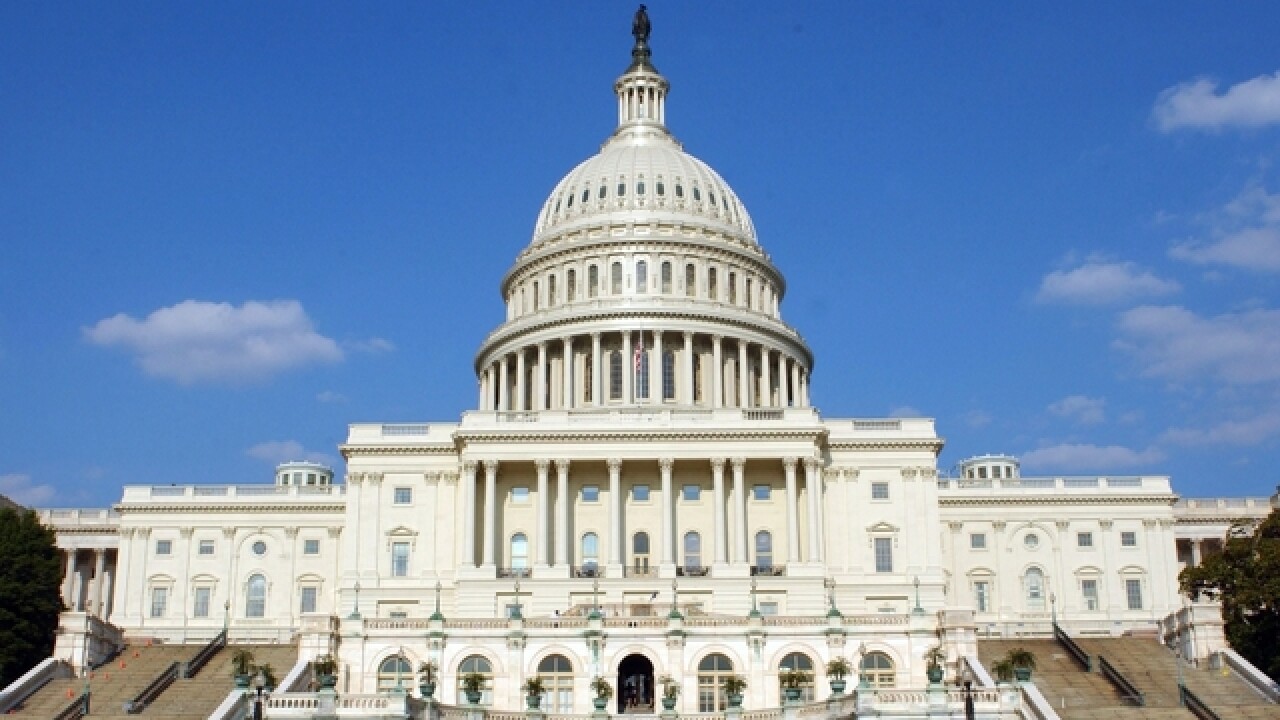 The stopgap measure would keep the government running past the end of the budget year this month. It's the only measure that has to pass before Congress adjourns for Election Day. As such, the talks have been tricky, with Republicans controlling Congress battling Democrats and the Obama administration.

A controversy involving whether Planned Parenthood should be eligible for anti-Zika funding in Puerto Rico — which sparked a Democratic blockade of an earlier measure — appears to have been defused, lawmakers and aides say. But unrelated controversies over pesticide regulations, spending cuts and limitations on how many hours long-haul truckers can drive remain unresolved.

A request by Democrats to add money to help the city of Flint, Michigan, fix its lead-tainted water system is being opposed by Republicans who want it to advance on a separate water projects measure.

After talks over the weekend failed to produce much progress, Senate Majority Leader Mitch McConnell, R-Ky., postponed a procedural vote that had been slated for Monday evening. The delay probably means Congress won't wrap up its pre-Election Day session this week. The move followed an earlier delay after talks slowed last week.

The $1 billion-plus to fight the mosquito-borne Zika virus is months overdue. Republicans were slow to act on Obama's February request and then sparked an imbroglio with Democrats by restricting new health grants for Puerto Rico to entities like public health providers and hospitals, a step that Republicans acknowledge was aimed at ensuring Planned Parenthood was ineligible to receive any funds. A proposed solution would move the money to different accounts and make sure Planned Parenthood remains eligible to receive it.

Another proposal would temporarily ease pesticide spraying rules from Clean Water Act requirements for permits. Supporters say the permits are duplicative since pesticides are generally regulated by a different environmental law, but the idea is opposed by the administration, which says it's an assault on environmental laws.

Democrats also are opposed to pairing the Zika money with spending cuts intended to try to pay for it. Other disasters, like floods and emergency wildfire funds, haven't required such offsetting cuts, and Democrats don't want to set the precedent.

But House conservatives insist on cuts, known in Washington-speak as offsets, and Democrats are willing to accept some — especially those that are painless, such as erasing money that wouldn't be spent anyway under arcane budget rules.

Senate Majority Leader Mitch McConnell, R-Ky., is eager to send vulnerable incumbents such as Kelly Ayotte, R-N.H., and Richard Burr, R-N.C., back to their states to campaign.

Any measure that's going to prevent a shutdown on Oct. 1 will need the support of Democrats and a signature from President Barack Obama, and McConnell is better positioned to take charge since he has a less combative group of Republicans than House Speaker Paul Ryan of Wisconsin.

On Saturday, Obama used his radio address to pressure Congress, listing unresolved business such as the emergency Zika money, aid to Flint and flood-ravaged Louisiana, and the languishing Supreme Court nomination of Merrick Garland.

"If any of these priorities matter to you, let your congressperson know," Obama said. "And if they still refuse to do their jobs — well, you know what to do in November. Our government only works as well as the people we elect. And that's entirely up to you."