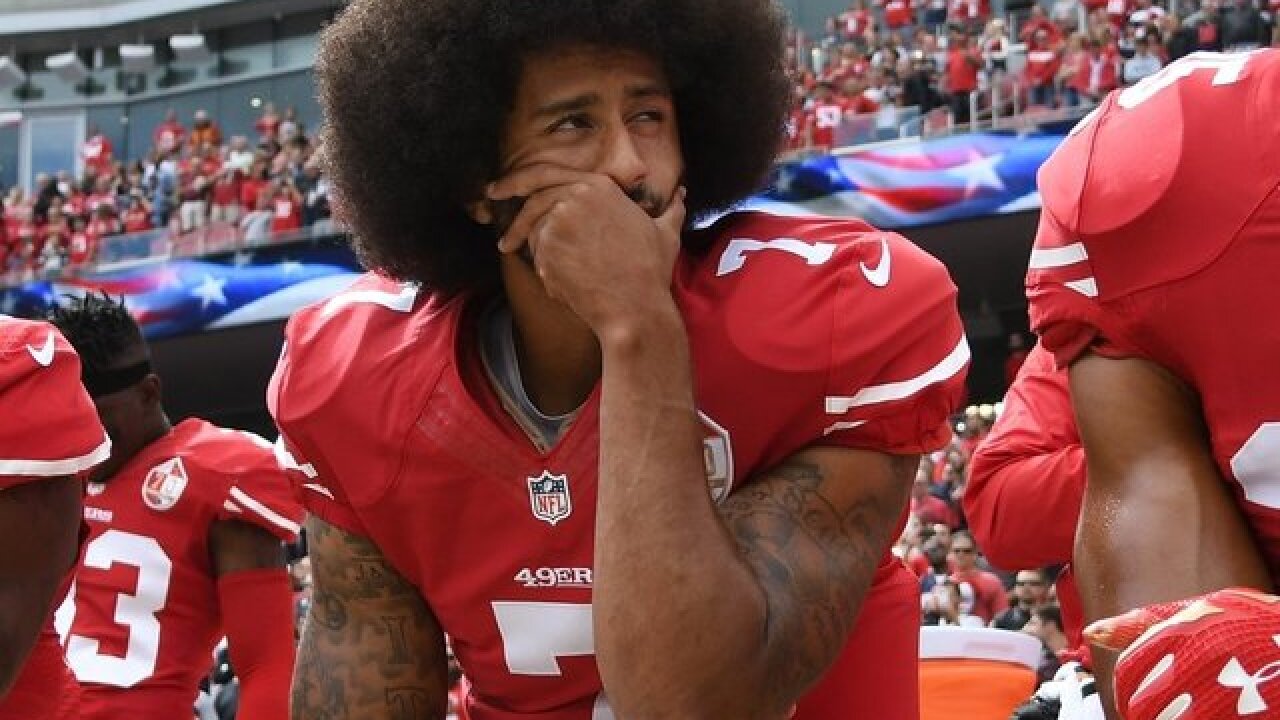 Amnesty International awarded Colin Kaepernick its Ambassador of Conscience Award on Saturday for his public protest against racial and social injustice.

"The Ambassador of Conscience award celebrates the spirit of activism and exceptional courage, as embodied by Colin Kaepernick," Salil Shetty, the human rights group's secretary-general, said in a statement. "He is an athlete who is now widely recognized for his activism because of his refusal to ignore or accept racial discrimination."

The award is Amnesty International's highest honor, according to its website. Past winners include Nelson Mandela, Malala Yousafzai, U2, Alicia Keys and Ai Weiwei. Kaepernick was presented with the award at a ceremony in Amsterdam, Netherlands.

Kaepernick, a former quarterback for the San Francisco 49ers, became the subject of controversy when he kneeled during the national anthembefore several 2016 NFL preseason and regular-season games in protest of police shootings of African-American men and other social injustices faced by black people in the United States.

"To me, this is something that has to change," Kaepernick said in an August 2016 interview. "And when there's significant change and I feel like that flag represents what it's supposed to represent, and this country is representing people the way that it's supposed to, I'll stand."

His protest, which inspired other players to participate, sparked national debate over issues of police brutality and racial and social injustice. He was also widely criticized for what many onlookers characterized as showing disrespect to the US flag.

Kaepernick's kneeling drew the attention of President Donald Trump, who said during a September rally in Alabama that NFL owners should respond to the protests by firing the players.

"When high-profile people choose to take a stand for human rights, it emboldens many others in their struggles against injustice," Shetty said. "Colin Kaepernick's commitment is all the more remarkable because of the alarming levels of vitriol it has attracted from those in power."

In March 2017, Kaepernick became a free agent, but has yet to be offered a contract from any NFL team. In October, he filed a grievance against the league, accusing team owners of colluding to keep him from being signed.

Kaepernick said Saturday that he shares the award with "all of the countless people throughout the world combating the human rights violations of police officers, and their uses of oppressive and excessive force."

"I am here to join with you all in this battle against police violence," he said.

Since becoming a free agent last year, Kaepernick completed a September 2016 pledge to donate $1 million to organizations working in what he called oppressed communities.

Kaepernick was named GQ's Citizen of the Year in November and in December accepted the 2017 Sports Illustrated Muhammad Ali Legacy Award. He has also received the Eason Monroe Courageous Advocate Award from the American Civil Liberties Union of Southern California in December.