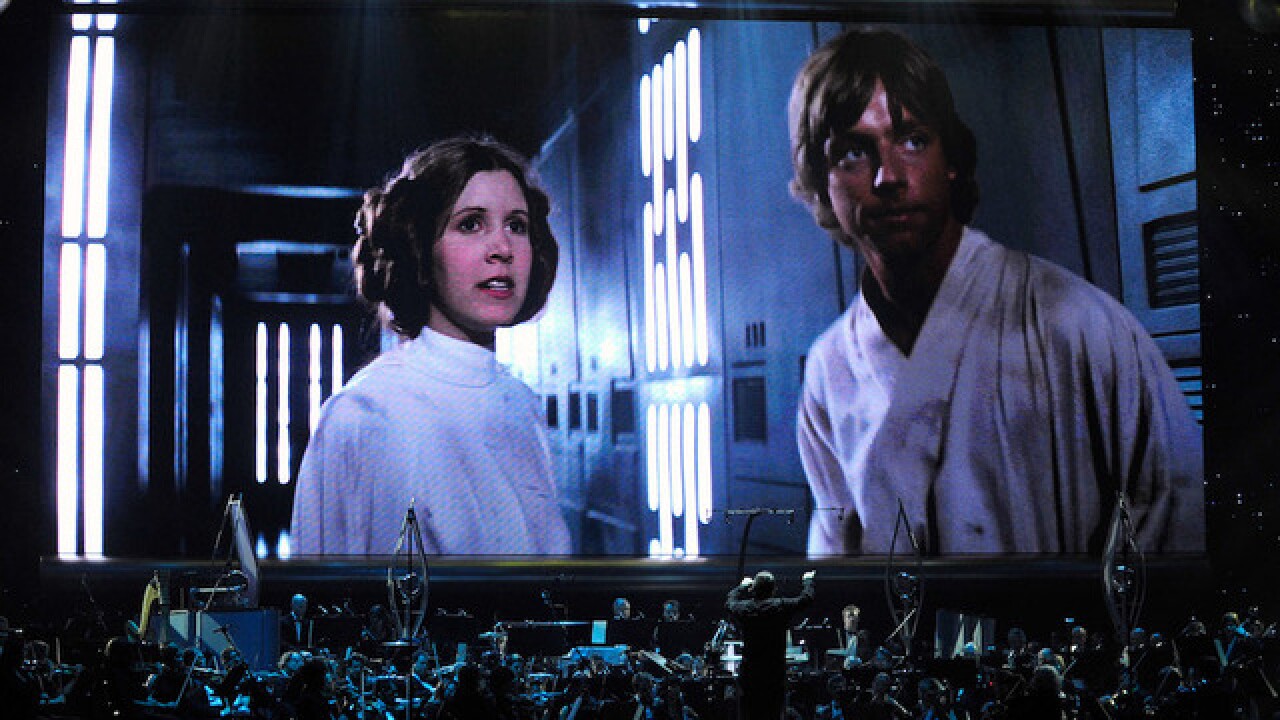 Copyright Getty Images
Ethan Miller
<p>"Star Wars: In Concert" at the Orleans Arena May 29, 2010 in Las Vegas, Nevada. The traveling production features a full symphony orchestra and choir playing music from all six of John Williams' Star Wars scores synchronized with footage from the films displayed on a three-story-tall, HD LED screen.</p>

Comedian and actor Steve Martin deleted a tweet he posted about his friend Carrie Fisher after other Twitter users labeled it "sexist."

Martin's tweet was meant to honor Fisher, who died Tuesday afternoon at the age of 60 a few days after she had a heart attack on a flight from London to Los Angeles.

Remember Carrie Fisher for her talent, her feminism, her commentary on mental health — not for the way she looked https://t.co/R3eZqy6Ooh

Other Twitter users called Martin a "jerk", among other names for his sentiment.

Martin eventually deleted the tweet, even though others came to his defense.

. @NYMag Really? @carrieffisher WAS beautiful. In every way. @SteveMartinToGo knew her & cared for her - how dare you objectify HIS grief??

@NYMag @TheCut Jeez. This was his immediate tribute. You can get all politically correct later in think pieces. Don't shame his crush on her

Not so sweet tribute

Martin wasn't the only one to get called out for a Twitter tribute to Fisher.

Cinnabon, the company that sells gigantic cinnamon rolls, joined in the public grief by posting a tweet in commemoration of Fisher and her iconic hairstyle from "Star Wars: Episode IV — A New Hope." In the post, someone created a picture of Princess Leia using cinnamon and replacing her notorious hair buns with its trademark pastry.

Unfortunately, what Cinnabon may have thought was a sweet and funny tribute angered many fans of the actress.

@SydneyTom_ @Cinnabon Carrie Fisher isn't even buried yet. It's no time for jokes and sales pitches. Not buying Cinnabon is MY response.

Since we're living in an Idiocracy, corporations use dead celebrity "tributes" as advertisements. Shame on you Cinnabon pic.twitter.com/pRnVIdWPMi

Cinnabon deleted the tweet and posted an apology not long after the fans caused a disturbance in the social media force.

Our deleted tweet was genuinely meant as a tribute, but we shouldn't have posted it. We are truly sorry.

While many fans expressed their disgust for the original tweets, other people believed Fisher, who was well-known for her wit, would have enjoyed the tribute.

. @TheKevinDent @Cinnabon they have nothing to apologise for. Carrie Fisher had a sense of humor unlike the trolls of Twitter

. @Cinnabon It was awesome. Sorry you've been attacked by dour, humorless who socially group via shared joke policing https://t.co/w9kNwgIruI

Fisher commented repeatedly over the years about how much she hated the double-bun hairstyle, calling them "hairy earphones ". She even gave a reason for her disdain to Allure in 2015:

"I weighed about 105 pounds at the time," she said.  "But I carried about 50 of those pounds in my face. So you know what a good idea would be...? Give me a hairstyle that further widens my already wide face!"