Pastors spreading message of a higher power at the ground level 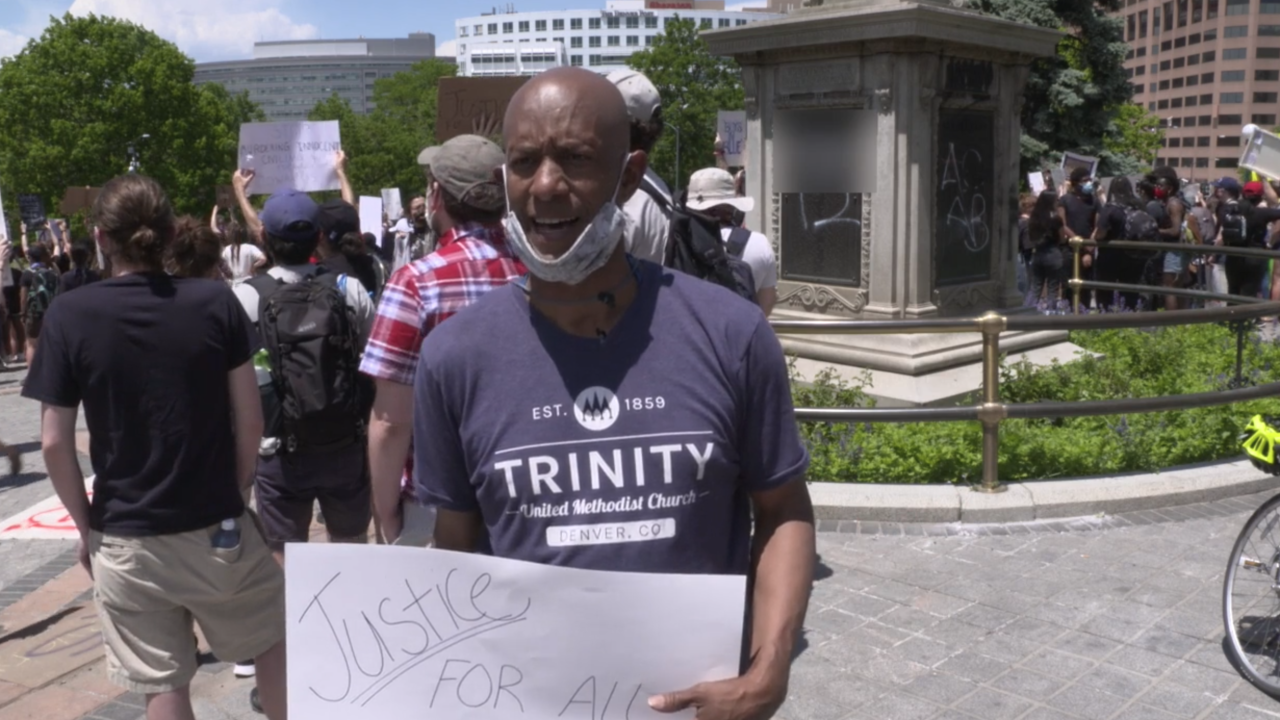 Americans are on edge as protests intensify across the country.

With some peaceful demonstrations turning violent, people are now boarding up their properties.

Some are looking to rebuild physically while others are aiming to heal religiously.

“As a black man of faith, I can feel God at work; I can see God at work,” said Ken Brown, senior pastor at Trinity United Methodist Church in Denver.

Recently, Brown went from preaching on the pulpit to carrying his message of faith to the front lines of protests.

“The needle is moving that God’s at work” he said. “That people get that this is a spiritual matter.”

Across the country, Trinity members are doing the same – expressing their beliefs in a higher power.

Congregations from Florida and Tennessee shared videos of recent protests. Members were too emotional to talk on camera and instead texted how faith can help overcome fear.

In Minneapolis, where George Floyd died after a police officer knelt on his neck for nearly nine minutes, there’s a city-wide effort to unite pastors of different churches.

“We are not defined by the color of our skin but by the god that we serve,” said Kory Kleinsasser, senior pastor of Waite Park Wesleyan Church in Minneapolis.

Kleinsasser says faith can inspire peace during these protests while Brown went on to address the rough relationship between religion and racism.

“For too many centuries, the church has been a part of the problem,” he said.

To help be part of the solution, Brown is now connecting with historically black churches saying spirituality can help rebuild relationships during these troubled times.