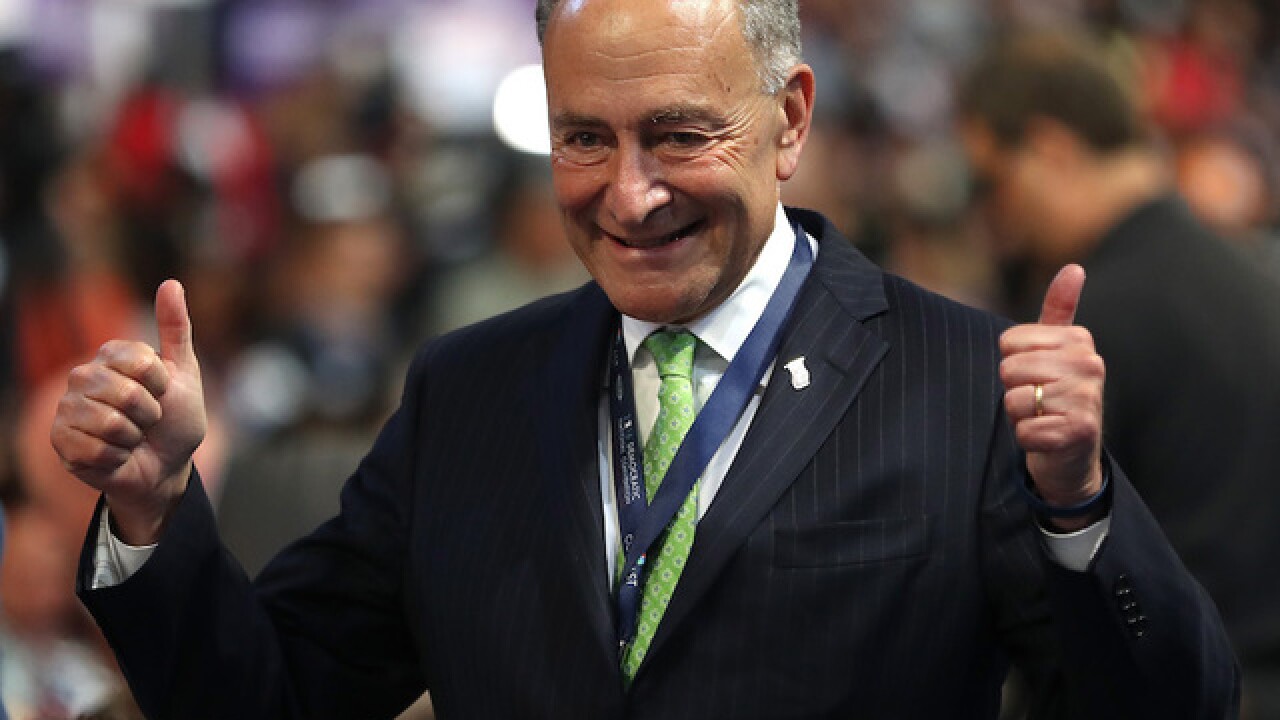 (CNN) -- Senate Democratic Leader Chuck Schumer said Tuesday that Donald Trump's pick to quarterback the replacement of Obamacare, Tom Price, may have broken the law with a questionable stock purchase.

"If he knew about it, it could very well be a violation of the law," Schumer told CNN. "Now they say there's a broker, it's kind of strange that this broker would pick this stock totally independently of him introducing legislation that's so narrow and specific to this company."

"This is a very narrow, specific company that dealt with implants---hip and knee---and the legislation specifically affects implants. He puts it in a week after he buys the stock? That cries out for an investigation," Schumer told CNN.

An aide to Price said that the stock was purchased by a broker without Price's knowledge at the time. This explanation led Schumer to offer the caveat that Price broke the law "if he knew about" the purchase before introducing the bill.

Also on Tuesday, Vermont Sen. Bernie Sanders will meet with Price later Tuesday afternoon, one day before Price is set to testify before Congress, CNN has learned.

The meeting was arranged per Sanders' request, according to a congressional source.

During the meeting, Sanders --- a former 2016 presidential candidate who put pressure on Hillary Clinton from the left --- wants to discuss GOP efforts to overhaul Obamacare, also known as the Affordable Care Act. Sanders also plans to discuss a new Congressional Budget Report report out Tuesday that discusses the potential harmful effects of Republicans' plan to repeal Obamacare.

Price is facing a critical nomination battle to serve as Health and Human Services secretary, a job which would place him at the front of ending Obamacare and crafting and managing the Republican alternative.