China, Russia fear the US is boxing them in 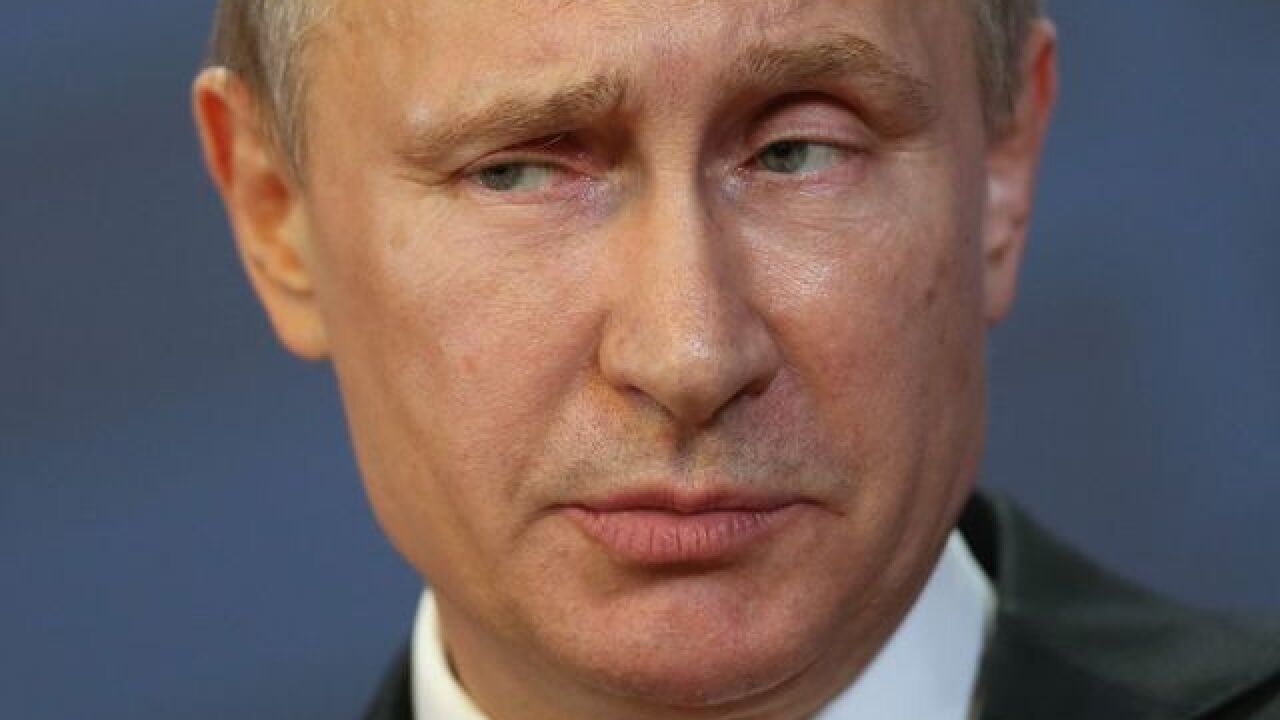 (CNN) -- With missiles at their borders and neighbors aligning with an adversary, China and Russia could feel boxed in.
But they're in it together, and the two appear to be taking steps together against US global hegemony.
The countries released a joint statement this week voicing their opposition to US and South Korean plans to deploy the Terminal High Altitude Area Defense (THAAD) missile system, according to both Russian and Chinese state media.
They also plan to take countermeasures, but what exactly they consist of was not specified, according to state-run Xinhua news.
"We think the US-South Korean decision to deploy the THAAD missile defense system has seriously threatened China's security interest. For the region, it will also break the strategic balance. So it's completely understandable to see countries in the region firmly oppose this decision," Chinese Foreign Ministry spokesman Lu Kang said Friday. "China and other countries have to address our own legitimate security concerns and take necessary measures to safeguard our security interest."
The announcement comes as the Korea Times reports that the country's National Security Office Chief, Kim Kwan-jin, told reporters that he met with incoming US National Security Adviser Michael Flynn and the two reaffirmed that THAAD's deployment will be moving ahead as planned.
The missile system is designed to take out incoming projectiles -- and has been cited as a way to potentially stop a North Korean nuclear attack.
But Russia and China worry that the system is capable of much more than that and is a threat too close to their borders.
They believe THAAD will be used to track missiles from either China or Russia, and its placement in South Korea is an attempt to geopolitically contain the two countries.
"It's natural and logical for China and Russia to take a joint position," says Victor Gao, director of the China National Association of International Studies, citing that THAAD's range.
Many in the Chinese foreign policy establishment believe that THAAD is a problem on the level of North Korea's nuclear missile program, according to professor John Delury of Yonsei University.
"They see the United States trying to build this architecture of containment," he said.
Trump's ear
President-elect Donald Trump and the US are likely audiences for the statement, analysts say.
Russia and China's joint statement drives a wedge in some of the foreign policy views Trump has explicated -- specifically, that Russia could be a stabilizing partner and that China needs to be contained, according to Delury.
The statement also comes as his incoming Cabinet nominees are testifying on Capitol Hill, and airing some personal opinions that are at odds with the President-elect's
"It's a good time for them (China and Russia) to make this statement -- the US is in transition and everyone is really unsure on what the stance of the Trump administration," says Yvonne Chiu of Hong Kong University.
Boxed in together?
The joint opposition to the system has drawn Russia and China closer militarily, as both countries worry that it'll box them in.
The difference stems from the way the system is viewed, according to Delury.
"Americans only talk about it in a tactical sense, it's a useful tool alongside a bunch of others to deter North Korea or stop a missile mid-flight", he says. "The Chinese look at THAAD in strategic terms, and what they see is THAAD as part of a bigger picture of a missile defense network along its perimeter."
Russia's concern are similar.
With the Aegis Ashore Missile Defense System launching in Romania last year, Russia now is looking at the prospect of facing US missile systems near both its eastern and western borders.
It's no wonder why it vociferously complained when THAAD's deployment was announced in July.
"Deployment of US missile defense systems in South Korea clearly goes beyond the tasks of deterring 'the North Korean threat,'" Russian Deputy Defense Minister Anatoly Antonov said in October, according to Russian state-run Tass news agency. "We do not have any doubts that US, with support of their allies, will continue to build up the potential of the Asia Pacific segment of their global missile system, which will inevitably lead to disruption of established strategic balances both in the Asia Pacific and beyond."
The Americans have a tendency to accuse both countries of exaggerating these claims, but both countries worry that the US is trying to surround the two countries with allies.
"China has a pretty good relationship with South Korea, and China doesn't want South Korea falling like a domino into a US-led bloc, and let's be honest, there are Americans who argue that's what needed."
Missile policy
Late last year, the US changed its missile defense policy for the first time in 17 years, according to Daniel Wasserbly of Jane's Defense Weekly.
Buried in this year's National Defense Authorization Act was an amendment to the 1999 National Missile Defense Act. It now calls for "robust" defenses against complex threats rather defenses against a "limited" threat.
It's a change that's likely welcome among American policy hawks, to help defend the US and its allies from an unstable North Korea, an increasingly aggressive China when it comes to territorial disputes and Russia meddling in its neighbors affairs and internal politics (not to mention the US presidential race.)
But from Russia and China's perspective, the change -- combined with the proliferation of missile defense systems on their borders -- could be seen as proof that the US has the two countries in its cross hairs.
CNN's Steven Jiang in Beijing contributed to this report
The-CNN-Wire
™ & © 2017 Cable News Network, Inc., a Time Warner Company. All rights reserved.
Copyright 2017 Scripps Media, Inc. All rights reserved. This material may not be published, broadcast, rewritten, or redistributed.