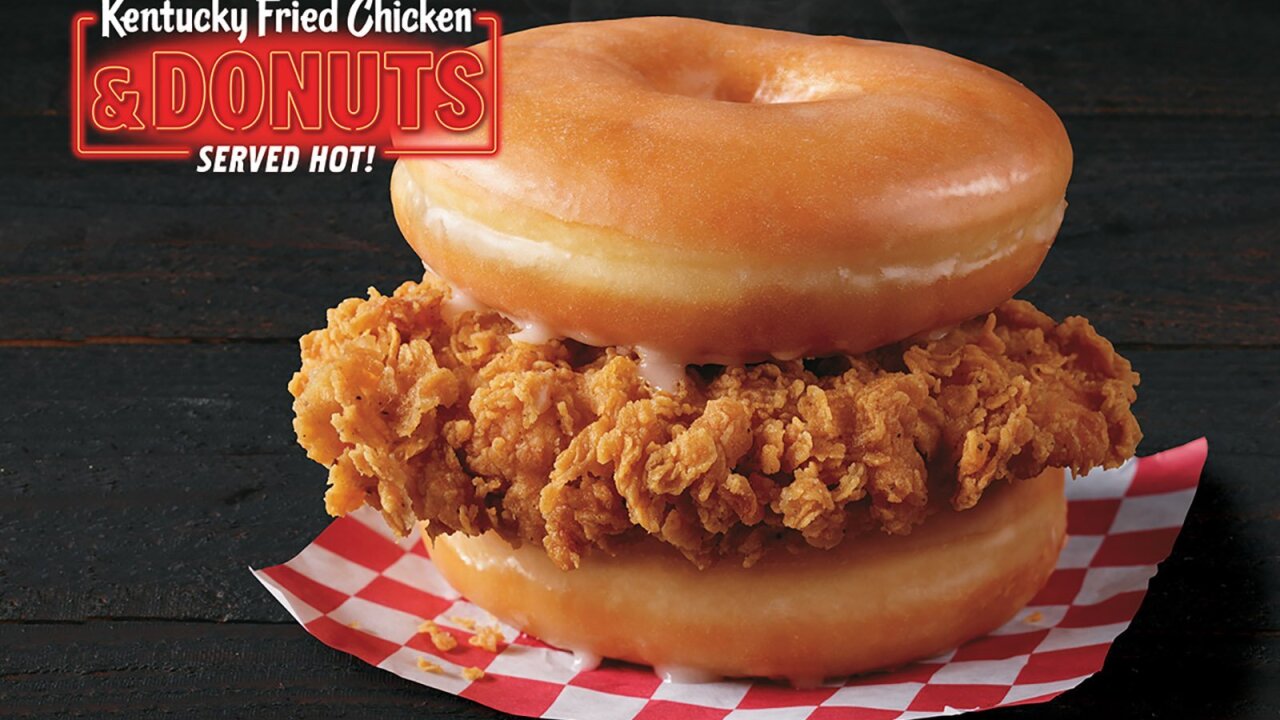 In case you missed it, America has been kind of obsessed with chicken sandwiches lately . But KFC's iteration may be taking it a bit too far. Or maybe not.

KFC announced it will be testing a new combination of fried chicken and glazed doughnuts beginning September 16 -- a move that is either genius or insane.

Customers have two options: a chicken and doughnut basket meal for $5.49, which includes chicken tenders or bone-chicken plus a doughnut; or a chicken sandwich for $5.99, featuring a fried chicken patty between two doughnut buns -- the much more exciting option.

And if you just want the doughnut? You can add one to any meal for a dollar.

To be honest, the combination of salty and sweet is a little enticing. It's basically like chicken and waffles, right? And that doughnut hamburger is already a staple at state fairs across the country.

Maybe KFC is onto something.

Or maybe they're just trying to capitalize on some of the chicken sandwich craze. Who's to say?

Either way, the new items will be available only for a limited time, though KFC didn't say when that time would end. And they're not nationally available just yet -- only in Norfolk and Richmond, Virginia , and Pittsburgh.

Notably, though, they're not in Kentucky. Hmmmm.