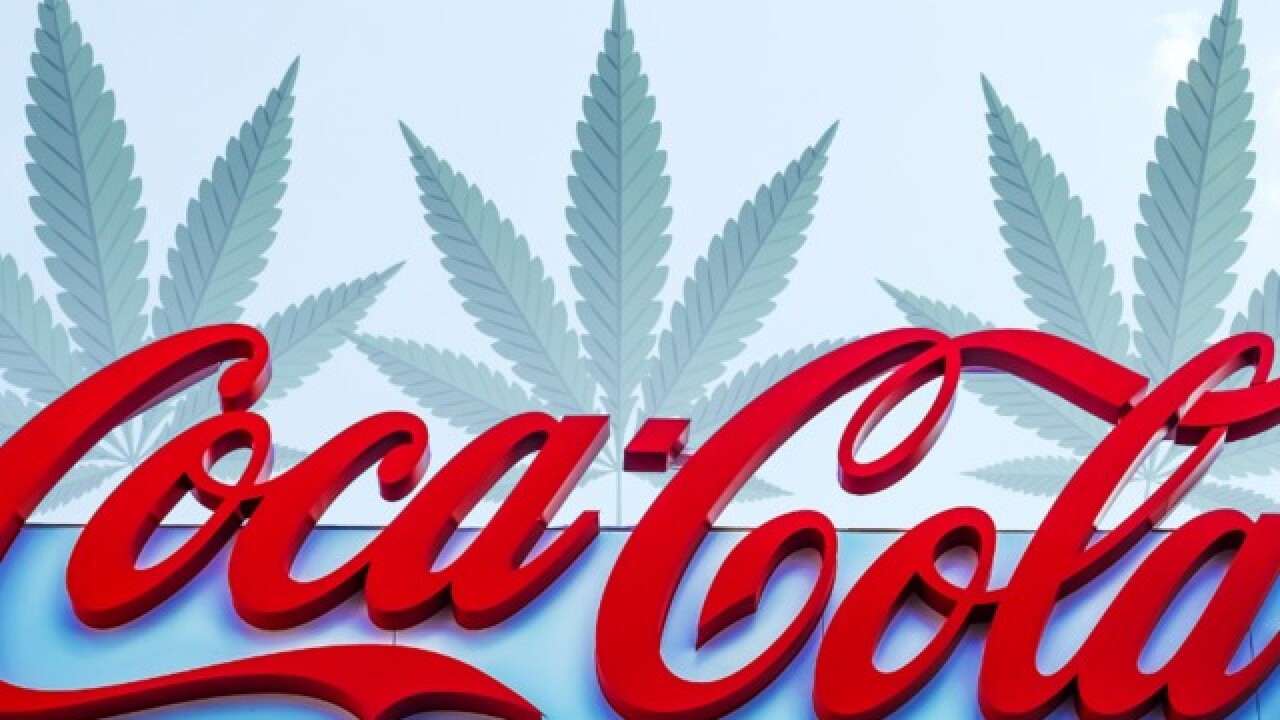 Coca-Cola is considering a move into the growing market for cannabis-infused drinks.

Coke said in a statement Monday that it is "closely watching" the growth of CBD, a non-psychoactive component in marijuana, as an ingredient in what it called functional wellness beverages.

"The space is evolving quickly," Coke said. "No decisions have been made at this time."

CBD, which does not produce a high for the user, has been used for medical purposes, including easing inflammation, pain and nausea.

Coke's interest was first reported by Bloomberg, which said the company was in talks with Aurora Cannabis, a Canadian cannabis company. Aurora has also expressed interest in cannabis drinks. Neither would comment on a possible deal.

"There is so much happening in this area right now and we think it has incredible potential," said Aurora spokesperson Heather MacGregor. "Stories like this are further validation of the massive global potential of the cannabis industry."

Constellation Brands, the maker of Corona beer, Svedka vodka and Casa Noble tequila, announced last month that it is investing an additional $4 billion in the Canadian cannabis company Canopy Growth.

And Lagunitas, a craft beer label of brewing giant Heineken, already has a drink infused with THC, marijuana's active ingredient, which does produce a high. It can be purchased at marijuana dispensaries in California.

In addition, a number of Canadian cannabis companies, including Cronos and MedMen Enterprises, now trade on US stock exchanges, and some American companies have taken stakes.

Both Coke and rival Pepsico have been trying to expand their businesses beyond traditional soft drinks as people drink less soda because of health concerns. Just last week, Coke announced a deal to buy Costa Coffee for $5 billion.

Canada is in the process of legalizing recreational use of marijuana. The drug is still illegal under US federal law, although some states have decriminalized it.

In June, the US Food and Drug Administration approved the epilepsy treatment Epidiolex, the first cannabis-based drug allowed in the United States. It includes CBD as well.