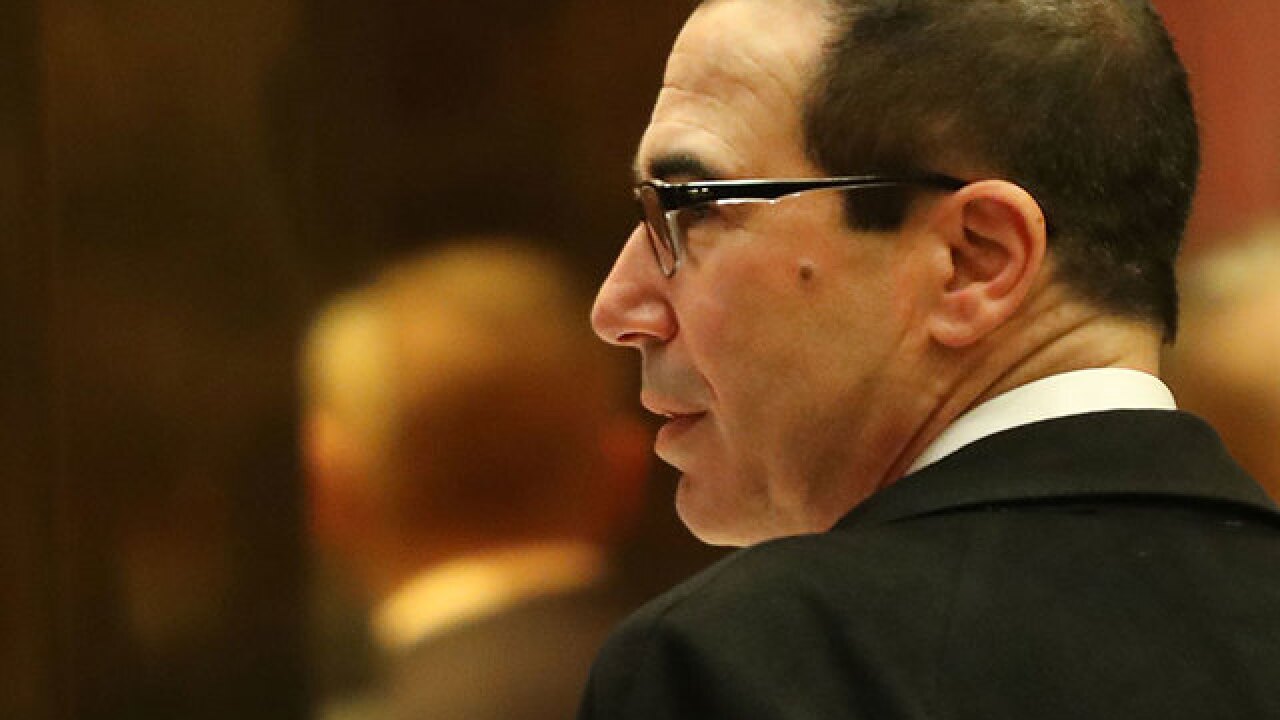 President-elect Donald Trump’s Cabinet will be the richest in modern American history, with several billionaires and numerous nominees holding huge investments in stocks and other property. By accepting these positions the nominees have to comply with federal conflict of interest rules, but there inevitably will still be at least the appearance of conflicts once they begin shaping policy — including proposals coming up soon to cut taxes for the richest Americans.

Cabinet secretaries in all administrations get involved in policy deliberations that could benefit them. It often can’t be avoided. What’s new with the incoming Trump administration is the magnitude of the wealth held by the Cabinet nominees and the global web of their business interests.

“People who have millions of dollars at stake are going to have a difficult time sometimes setting that aside no matter how public-interested they are,” Brian Galle, a tax professor at Georgetown University Law Center, said. “What’s remarkable about this administration is that the folks that are entering into it have a portfolio of assets that are larger and more complicated than any administration has ever had.”

Section 1043 of the federal tax code allows high-level members of any administration who sell assets that pose a conflict of interest to defer paying capital gains tax so long as the proceeds are reinvested in government-approved investments, such as Treasuries or certain mutual funds. No tax bill is due until they decide to sell the approved investments.

Executive branch members do not have to take part in the divestiture program and can select other financial arrangements to avoid conflicts. Former Treasury Secretary Robert Rubin, for example, placed his assets into a blind trust. But for those who do choose to participate, as did George W. Bush’s Treasury Secretary Hank Paulson, the U.S. Office of Government Ethics says the deferred tax payment “is not an employee benefit; it is designed to reduce the financial burden of complying with ethics laws.”

Right now that burden is a federal tax tally that adds up to 23.8 percent on the profits from the sale of assets such as stocks or property. Twenty percent of that is the current long-term capital gains tax and 3.8 percent is a surcharge that the Affordable Care Act puts on profits realized by high-income Americans.

The Trump team has proposed repealing the surcharge, but leaving the long-term capital gains rate at 20 percent for the wealthiest Americans. The GOP House leadership, however, wants a deeper reduction to 16.5 percent. This means the House plan would result in a 7.3 percent drop in long-term capital gains taxes for the nation’s highest earners, and many of Trump’s nominees easily fall into that category.

Steve Mnuchin, Trump’s choice for Secretary of the Treasury, reported in April of this year that he held 2,466,493 shares in CIT Group Inc., which would be valued now at nearly $106 million.

If Mnuchin sold his holdings today, he would pay the current 23.8 percent tax on profits. If he opted to participate in the divestiture program, he could defer the tax payment on his profits. Meanwhile, if the GOP House proposal became law, his tax bill would drop to 16.5 percent — which could save him millions, depending on the amount of his profit.

Mnuchin, a former Goldman Sachs banker, told CNBC that the incoming administration’s “most important priority” is sustained growth, and, “to get there, our number one priority is tax reform.”

The position is in line with a longstanding Republican platform that argues lower taxes result in Americans having more money to spend or invest and help the economy grow.  As Treasury Secretary, Mnuchin would get to influence changes in the nation’s tax policies — policies that could lead to lower taxes for millions of taxpayers, including Mnuchin and other nominees.

“A lot of tax policy starts with the Office of Tax Policy inside the Treasury. So the Secretary of the Treasury is in a position to influence the person who’s in that office,” Galle said. “The two of them … they usually are writing the first draft of most important tax legislation. Even if they don’t write the first draft, they usually get the last say.”

Rex Tillerson, CEO of ExxonMobil and Trump’s choice for Secretary of State, is another example of a Cabinet member who could save millions if the capital gains tax rate was reduced.

Tillerson reported to the SEC earlier this month that he held 2,618,856 shares of ExxonMobil stock, which is valued at nearly $237 million. If he sold his holdings today, he would pay the 23.8 percent tax on profits. But, as is the case with Mnuchin, if he participated in the divestiture program and deferred the capital gains tax payment, a reduction in the rate would save him money after he leaves the Cabinet and if he sells the government approved investments.

Galle estimates that the Office of Government Ethics might ask members of the Trump Cabinet to move into a blind trust or sell $1 billion in assets, with potentially tens of millions in tax savings for the members if the capital gains rate is cut.

“That’s a lot of money,” Galle said. “Maybe not for governments but for individuals, yes.”

Mark Greenblatt is senior investigative correspondent at the Scripps News Washington Bureau. You can follow him on Twitter at @greenblattmark.