California wildfires: List of dead and missing continues to grow 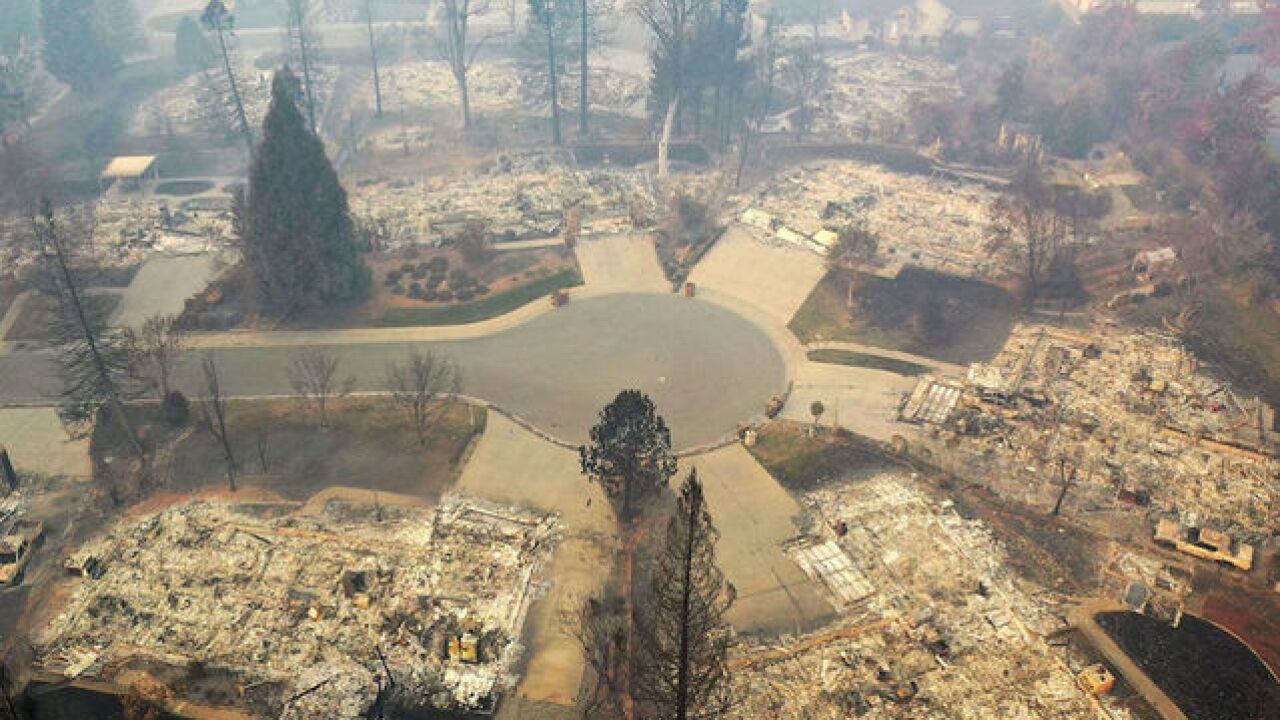 Image copyright 2018 Getty Images. All rights reserved. This material may not be published, broadcast, rewritten, or redistributed.
Justin Sullivan
<p>An aerial view of a neighborhood destroyed by the Camp Fire on November 15, 2018 in Paradise, California. </p>

The task is painstaking and painful.

A searcher is given the name of someone who is missing and an address. The list of names goes on and on.

At least 1,300 people are unaccounted for since the Camp Fire erupted 10 days ago, killing 76 people and becoming the deadliest and most destructive fire in California history.

Search teams are combing properties where all evidence of life has been wiped out by flames. Many of the searchers are from the devastated areas and have lost their own homes. They are looking for the remains of their neighbors in the ruins.

"It is overwhelming, I don't have any word to describe it," Butte County Sheriff and Coroner Kory Honea said. "This is unprecedented. No one has had to deal with this magnitude that caused so much destruction and regrettably so much death."

The Camp Fire has destroyed more than 9,800 homes and scorched 149,000 acres since it started November 8. It was 55% contained as of early Sunday.

Meanwhile, three deaths have been reported in the Woolsey Fire in Southern California, bringing the statewide death toll from the wildfires to 79.

'People don't know that we're looking for them'

Even as the list of those missing in the Camp Fire has ballooned, it's hard to tell exactly how many people truly are lost, officials have said.

"That is raw data we're collecting from phone calls, emails and the 911 system," Honea said. "It's not perfect data, but our thought process is that it's better to get that information out to help start getting people accounted for. So rather than wait for perfection, we're trying to get some progress going."

Hundreds of deputies, National Guard troops, coroners and anthropologists are sifting through leveled homes and mangled cars for remains. While the focus is on the homes of people reported missing, some teams are going down streets from one property to the next.

If people find their own or their loved ones' names on the list at the Butte County Sheriff's Office's website, they should call the sheriff's office, Honea said.

"I would never have thought that I would be looking for a family member. So it just kind of sucks. But we're being patient just because we know we're not the only family that's going through this right now, so everybody's kind of in it together and everyone's being really supportive on every single side you could imagine," Quint said.

"We already know that his house has been burned down and his car was in his garage. So now we're just waiting for the sheriff's department to go out there and let us know if his body's in there or not."

She said as a family, they've come to terms with whatever outcome they will find.

"He had respiratory issues and he had back problems and he was 66," Quint said. "I mean it's hard to think about him not being here anymore but as a family we have accepted whether we get good or bad news. So we're just prepared for both."

Dan Newman, a team captain with the Butte County Sheriff's search and rescue team, said he originally was tasked with going door to door to alert people in the community of Concow, California to the fire.

The mission quickly changed to go to Paradise, about a 20-mile drive away, where a hospital was in danger.

"When we arrived at the hospital there were already flames, and all of a sudden the urgency just skyrocketed," he said.

His team went around to the ER entrance and threw four patients in its truck.

The road that went by the hospital was swamped with cars and accidents. Drivers used every bit of open space they could, including ditches and racing through front yards, to get by, Newman said.

The fire was faster than any vehicle was moving, he said.

"We had homes on fire on each side," he said, adding that there were times when he feared for their lives.

They got out, but another team couldn't and ended up back at the hospital.

Almost all of the town of Paradise is gone. President Donald Trump witnessed the devastation Saturday, accompanied by Gov. Jerry Brown and Gov.-elect Gavin Newsom.

"We're all going to work together and we'll do a real job, but this is very sad to see," Trump said.

More than 98,362 acres have been burned since the blaze began November 8, while evacuees remain in shelters, and portions of Malibu and nearby areas must be rebuilt, officials said. It was 84% contained Sunday morning, Cal Fire reported.

"Firefighting resources will continue to mop up and patrol. Unburned interior islands as well as burned structures adjacent to control lines will be monitored to prevent spread," the agency said.

The cause of the fire is under investigation.

Cal Fire reported some improvement in smoke levels regionally Saturday, but the air was still in the very unhealthy range.