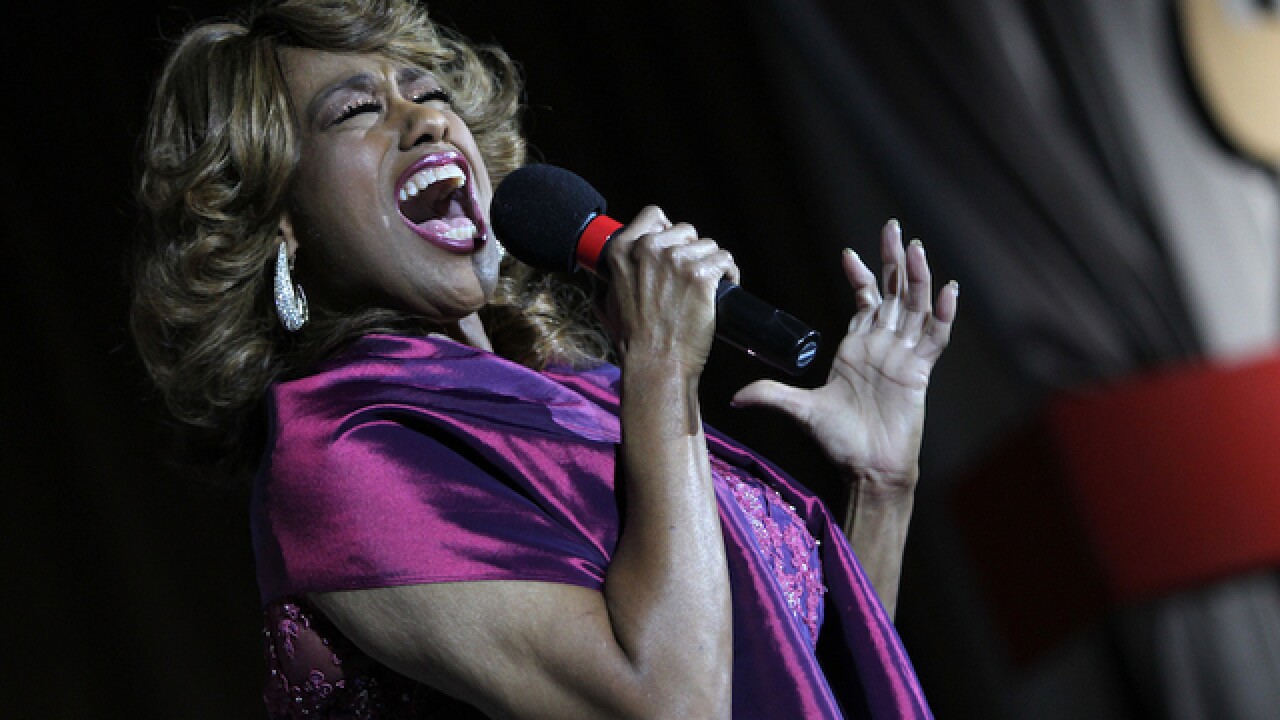 A publicist for the the "Dreamgirls" diva said in a statement Saturday that Holliday, who was slated to sing at the ceremony on Friday, changed her tune after the inauguration committee pre-emptively announced her appearance before she decided to perform. The statement also cited outcry from fans and people in the LGBT community who expressed disappointment at her participation.

"It was presented to her as a concert that would heal the wounds of the election season. She was asked to perform 'Hard Times Come No More,' originally recorded by Bob Dylan. The inaugural committee released the information before she officially made a decision," Holliday's publicist, Bill Carpenter, said in a statement.

"Her rep also says that upon the (announcement), Holliday started getting letters from fans that they were disappointed. The LGBTQ community, amongst others, were some that were most upset. In the past, her rep Bill Carpenter explains that she performed for Pres. Reagan, George W. Bush, George H. W. Bush, and (Bill) Clinton, but when Jennifer saw the outcry, she pulled out of the inauguration."

A message left with Boris Epshteyn, the director of communications for Trump's inaugural committee, was not returned Saturday afternoon.

The Wrap first reported Holliday's decision to pull out of the performance and published a letter penned by her and addressed to her fans.

"In light of the information pointed out to me via the Daily Beast article on yesterday, my only choice must now be to stand with the LGBT Community and to state unequivocally that I WILL NOT PERFORM FOR THE WELCOME CONCERT OR FOR ANY OF THE INAUGURATION FESTIVITIES!" Holliday writes in the letter.

Last month, sources told CNN the transition team was struggling to book big names for inauguration. At the time, Epshteyn acknowledged to CNN the lack of A-listers appearing at the ceremony.

"This is not Woodstock," Epshteyn said. "It's not summer jam. It's not a concert."

The committee has since booked some high-profile groups, including Toby Keith, The Rockettes, The Mormon Tabernacle Choir and Jackie Evancho, to preform for the inaugural ceremonies.