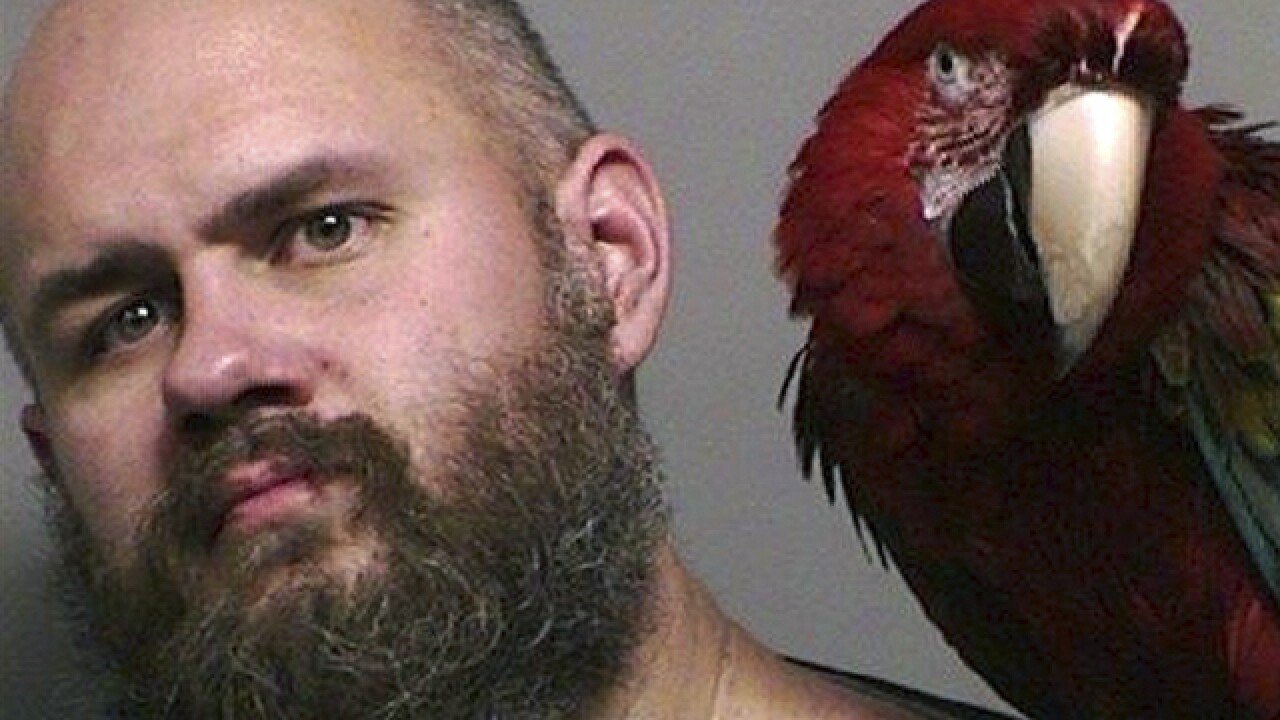 HILLSBORO, Ore. (AP) — A 4-year-old macaw named "Bird" is an instant celebrity after appearing in a posed booking mug shot in Oregon with his unfortunate owner.

The Washington County Sheriff's Department says Craig Buckner left Bird in a tree outside court while he went in for an appearance Thursday.

But Sgt. Bob Ray says Buckner was unexpectedly arrested after he failed a urine drug test -- and Bird would not come down from the tree for anyone else.

Bird was 30 feet up the tree and it was getting dark and rainy.

So deputies brought Buckner outside and uncuffed one of his hands.

Bird immediately flew down to Buckner.

Ray says Bird stayed with deputies for several hours and feasted on peanuts until they reached a friend who could pick Bird up.