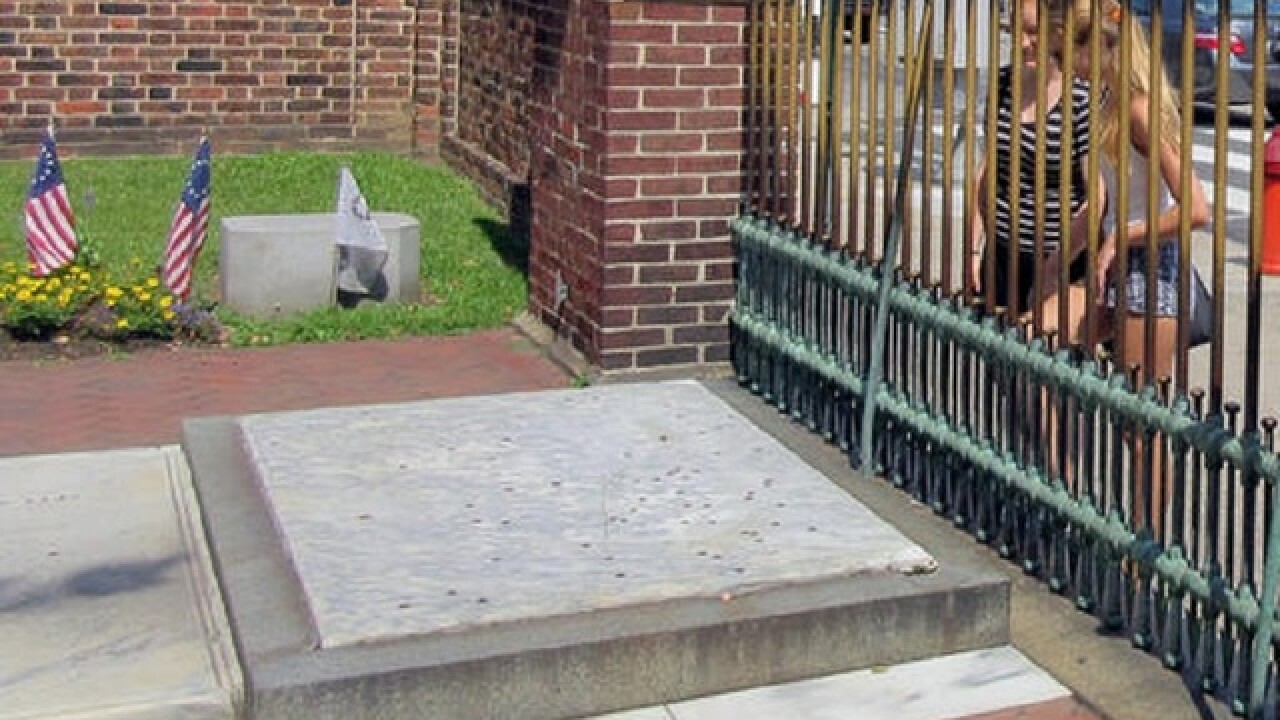 PHILADELPHIA (AP) — A fundraising campaign has been launched to save the damaged gravestone of Benjamin Franklin at the Christ Church Burial Ground in Philadelphia.
The Christ Church Preservation Trust tells The Philadelphia Inquirer that the marble ledger tablet marking Franklin's final resting place has recently developed a significant crack.
The ritual of tossing pennies onto Franklin's grave has been blamed for causing the crack. Tens of thousands of coins are thrown onto the marker each year in tribute of Franklin's famous adage, "a penny saved, is a penny earned."
Franklin, who died in 1790, is one of seven signers of the Declaration of Independence buried at the two-acre graveyard across from Independence Mall.
The trust has received grants to restore the gravestone but is seeking another $10,000 for the project.
Copyright 2016 The Associated Press. All rights reserved. This material may not be published, broadcast, rewritten or redistributed.