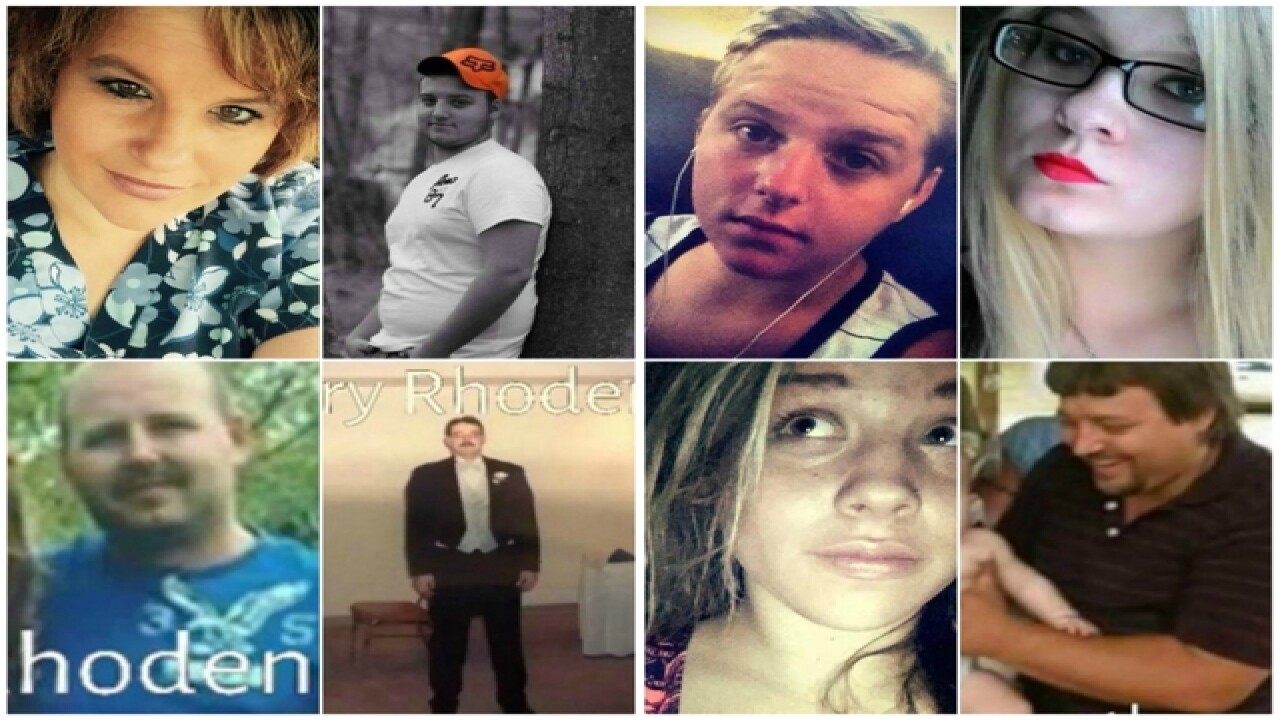 WAVERLY, Ohio — Redacted versions of the final autopsy reports have been released for the eight members of the Rhoden family who were killed execution-style in April in rural Ohio.

Preliminary autopsy results from April showed one of the victims was shot as many as nine times. They also indicated that all but one of the eight members of the Rhoden family killed in the shootings sustained multiple gunshot wounds.

Deputies found the bodies in four homes Friday morning just northeast of Peebles, Ohio.  According to Pike County auditor's records, one of those properties is owned by Christopher Rhoden and another is owned by Richard and Melissa Weisel. The third address was not listed in the auditor's database.

Many of the victims were in their beds when they were shot in the head, "execution style," according to Ohio Attorney General Mike DeWine.

A 4-day-old girl, a 6-month-old boy and a 3-year-old boy were found at the home and safe, DeWine said. The 4-day-old's mother -- Hanna Rhoden -- was next to the child when she was killed.

Examine the documents in the box below. Further analysis is forthcoming on this page.