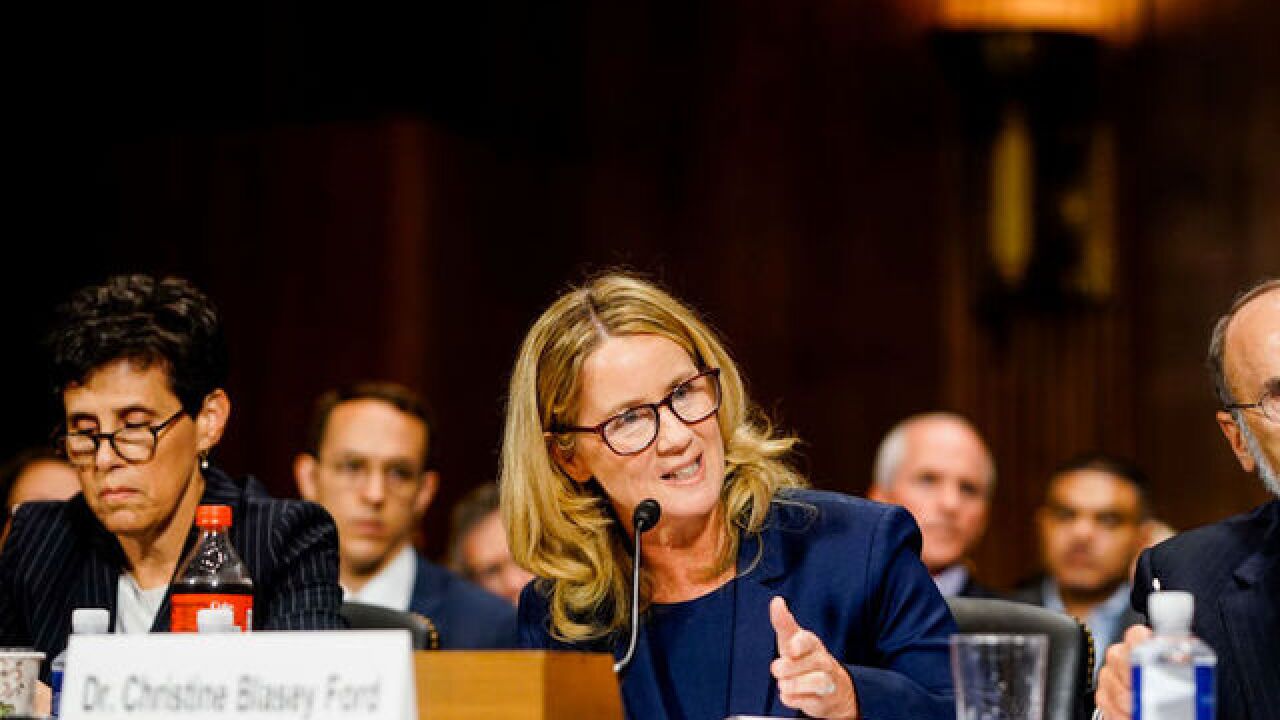 Ford's attorney Debra Katz tells CNN's Dana Bash in an interview that Ford only wanted to tell her story to Senate Judiciary Committee members. She doesn't want the process to drag on into the next Congress should Democrats end up winning control on Capitol Hill.

"Professor Ford has not asked for anything of the sort. What she did was to come forward and testify before the Senate Judiciary Committee and agree to cooperate with any investigation by the FBI and that's what she sought to do here," Katz said.

Ford accused Kavanaugh of sexually assaulting her at a party more than three decades ago while they were both in high school. Kavanaugh has repeatedly denied the allegation. The allegation threw his confirmation process into a tailspin for weeks, but it appears back on track now after a 51-49 vote to move past a key procedural step and three key senators saying they'll vote "yes" in the final confirmation vote Saturday.

Ford privately shared her story with the ranking Democrat on the Senate Judiciary Committee, Sen. Dianne Feinstein of California, but the allegation leaked. As a result, Ford decided to go public. Her attorney Lisa Banks said Ford doesn't have any regrets about coming forward.

"I don't think she has any regrets. I think she feels like she did the right thing," Banks said.

"And this was what she wanted to do, which was provide this information to the committee so they could make the best decision possible. And I think she still feels that was the right thing to do, so I don't think she has any regrets."

Feinstein has denied that her office leaked the letter containing Ford's accusation, but the senator has faced scrutiny over the optics of the allegation becoming public just as Kavanaugh appeared to be on track for a smooth confirmation.

Katz told Bash that she and Ford thought Feinstein had respected the process involving her constituent.

"What I can speak to is when victims of sexual assault and violence go to their Congress people -- when they go to their senators and they ask for their information to be confidential, I think that that's a request that needs to be respected," Katz said.

She continued: "Victims get to control when and how and where their allegations get made public. Now, if we want to look at all the things that went wrong in this process, there are many. There are many issues that need to be addressed. But I think Sen. Feinstein respected the process of her constituents, and I think that was the right thing to do."

Banks also hit out at a Republican talking point following Ford's testimony last week that she wasn't aware there was an offer from committee Republicans to fly to California to interview her in her home state. Banks said Senate Judiciary Chairman Chuck Grassley's statements about the offer during the hearing confused Ford.

"We, as her counsel, informed her of all options made available to us by the committee. We showed her all of the correspondence," Bank said. "And what they were offering was sending staffers to speak to her. Dr. Ford wanted to speak to the committee members herself. And I think what you saw in the hearing was that Dr. Ford got a little confused and thought Sen. Grassley was suggesting that he himself would have come to California, which is not what he offered at all."

Additionally, Ford's lawyer responded to President Donald Trump's comments at a campaign rally earlier this week where he had appeared to mock her testimony before the Senate Judiciary Committee.

Banks said Ford was "upset by it."

"It was very hurtful, as it would be to any woman. Any survivor who had the courage to come forward only to be mocked and belittled by anyone really, but certainly by the President of the United States, it was very upsetting. It was very hurtful," she said.