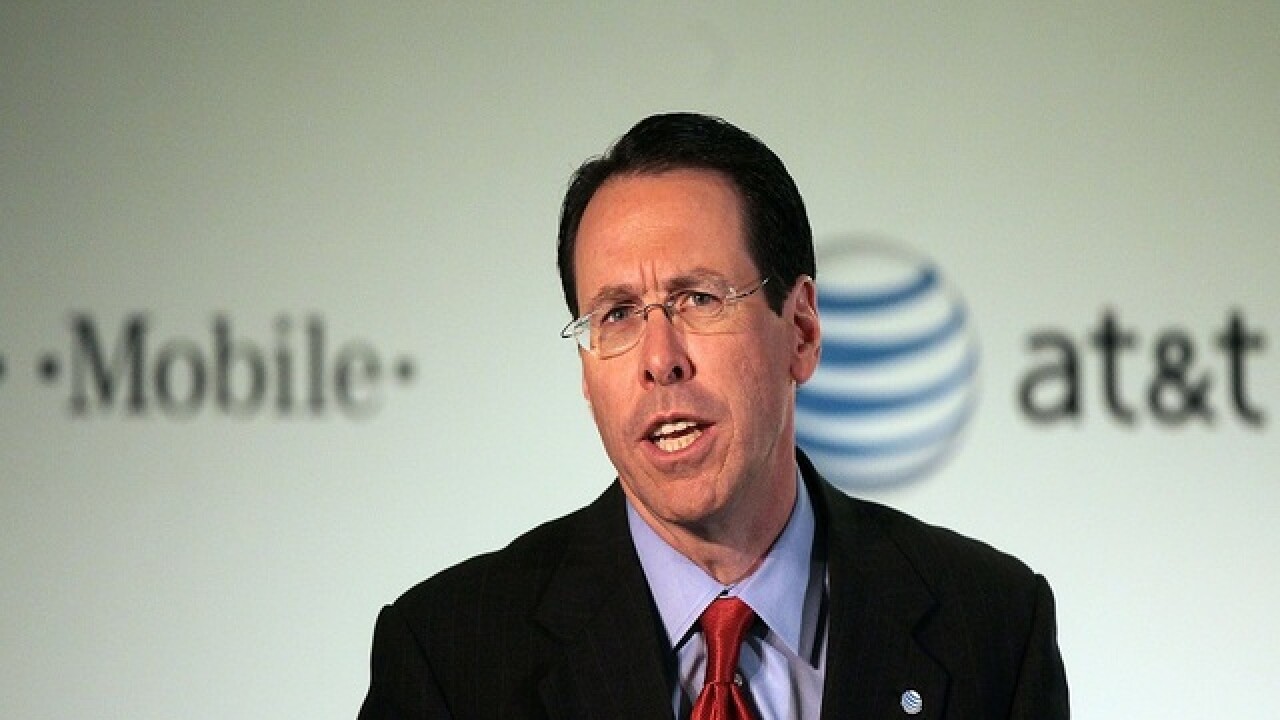 Copyright 2017 Scripps Media, Inc. All rights reserved. This material may not be published, broadcast, rewritten, or redistributed.
Spencer Platt

NEW YORK (CNNMoney) -- AT&T CEO Randall Stephenson is optimistic about the potential for corporate reform under Trump.
"I was meeting with a CEO. It was obvious," Stephenson said on a conference call to discuss AT&T's fourth quarter earnings. "The president had a very specific agenda for what he thought was critical, which was tax reform and regulatory reform."
"I would tell you that the man, the president, is focused on these," Stephenson added, saying he met Trump earlier this month. "I left with a degree of optimism that this could actually be pulled off this year."
Stephenson speculated that business tax cuts could lead to greater corporate investments, more robust hiring, increased consumer spending and an overall bump in the country's GDP.
Stephenson stressed that this view is "not unique" among CEOs.
"When we get line of sight [on tax reform] ... I think you will see people begin to open up the purse book and begin to invest at a higher level," he said.
For AT&T in particular, this could mean investing in faster deployment of new technologies like fiber optic Internet. Stephenson also expects to double down on AT&T's streaming video service DirecTV Now, thanks to Trump's recent pick for chairman of the Federal Communications Commission.
Just last month, the FCC accused AT&T of violating net neutrality rules by not counting videos streaming through DirecTV Now toward its customers' data limits. The concern is AT&T is effectively giving itself an advantage over other streaming rivals.
But now the agency will be led by Ajit Pai, a vocal critic of the net neutrality rules, which are intended to ensure all online content is treated equally by Internet service providers.
"We're optimistic about what a Chairman Pai would bring to the industry," Stephenson said on the call. "You should expect to see us go hard. We are having some really good success in the marketplace with [DirecTV Now]."
One lingering concern for AT&T under Trump may be the president's criticism of its deal to acquire Time Warner, the parent company of CNN.
However, on the call, AT&T CFO John Stephens said, "We remain confident that the deal will be approved later this year."
The-CNN-Wire
™ & © 2017 Cable News Network, Inc., a Time Warner Company. All rights reserved.
Copyright 2017 Scripps Media, Inc. All rights reserved. This material may not be published, broadcast, rewritten, or redistributed.