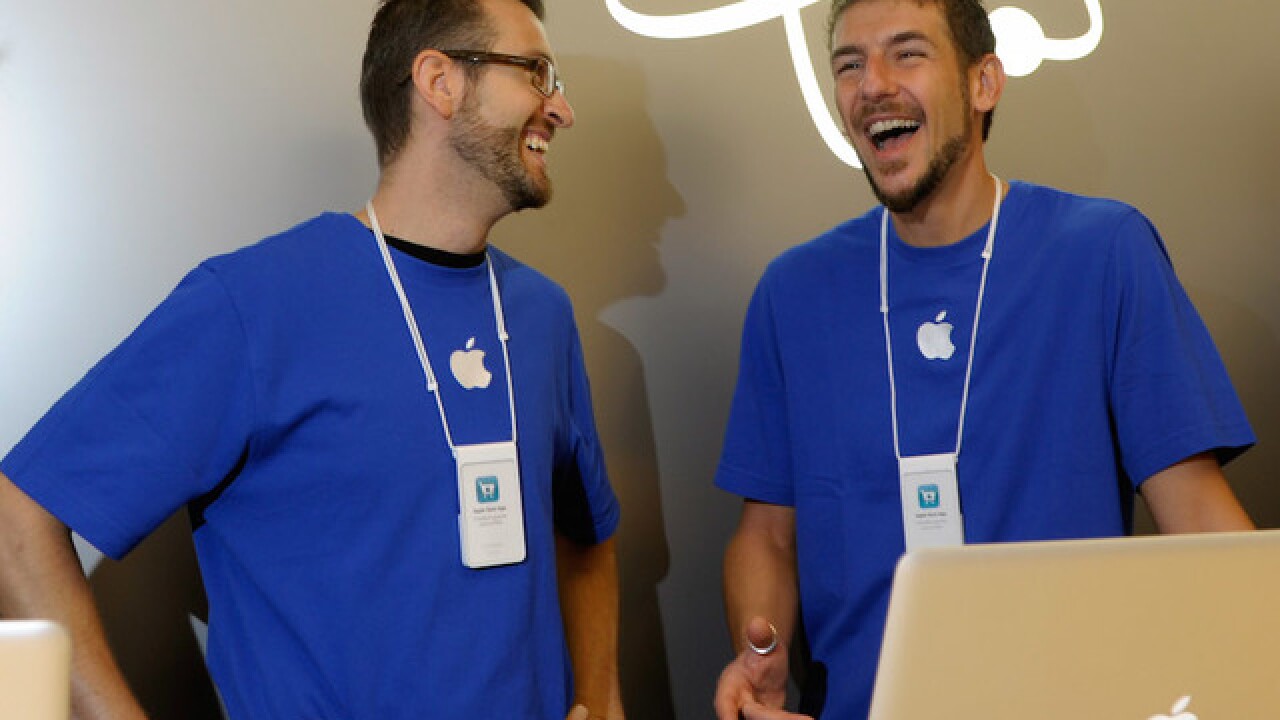 Four workers at an Apple Store in Australia were fired this week after they were caught stealing private photos from customers' iPhones.

The employees also reportedly took secret photos of female Apple Store co-workers and customers and rated those women's bodies on a scale from one to 10. The incident was called "disgusting" by an employee of the affected store at a shopping mall near Brisbane, Australia, according to News.com.au.

“We are investigating a violation of Apple’s business conduct policy at our store in Carindale, where several employees have already been terminated as a result of our findings," Apple said in a statement, according to Yahoo News.

The employees' antics were reportedly revealed after one was caught by another staff member while looking through a customer's phone.