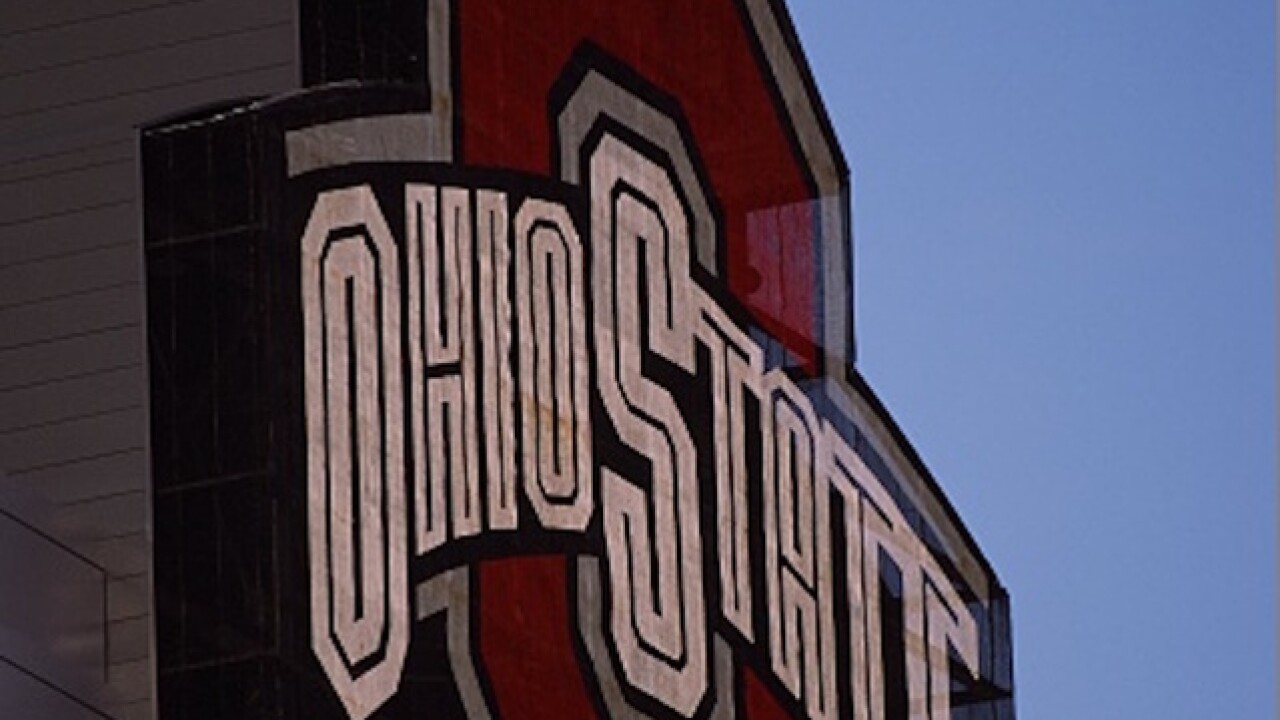 At an anti-Trump rally inside the Student Union on Ohio State's campus in Columbus, student journalists captured video of a man tackling a protester from behind on a staircase Monday evening.

Ohio State's student newspaper The Lantern taped an unidentified man jumping on top of Tim Joseph. As he tackled the protester, the man was heard yelling "you idiot" before they tumbled to the floor. The man was then wrestled to the ground by other protesters as police moved in.

The man was arrested by campus police. Charges are unknown as of early Monday evening.

“We protect First Amendment rights actively, but we do not under any circumstances tolerate intimidation or threats to students, faculty, staff or visitors to our campus,” said OSU President Michael Drake in an email, according to The Lantern.

The anti-Trump rally on OSU's campus was just one of many that have taken place since last Tuesday's election of Donald Trump. Last week, thousands marched near the Ohio Statehouse in Columbus in protest of Trump's election.

Trump won Ohio by a nine-point margin on Tuesday.