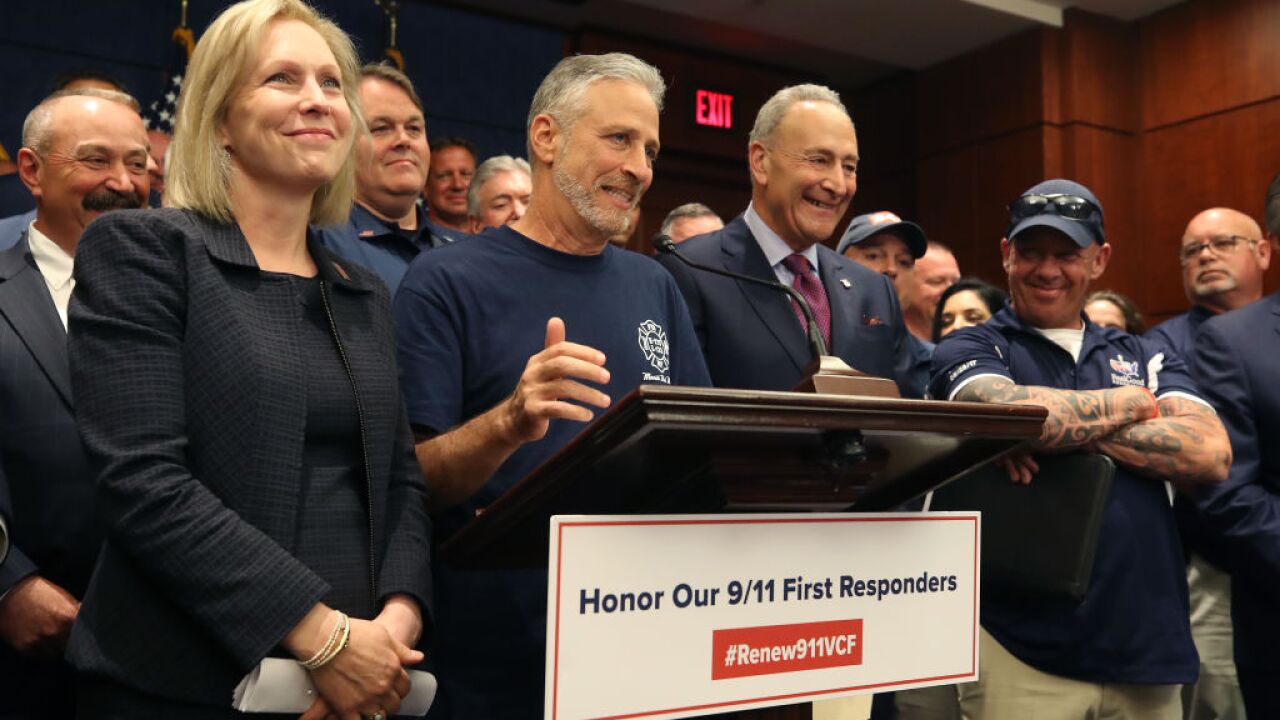 Former "The Daily Show" host Jon Stewart had not so nice things to say about Sen. Rand Paul, who was one of two no votes in a bill to provide healthcare to 9/11 victims, including nearly 90,000 first responders.

On Tuesday, the U.S. Senate approved a lifetime extension of the 9/11 Victim Fund. Paul, along with Utah Sen. Mike Lee, were the only two senators to vote against the bill. The vote had already been passed in the House, and now awaits President Donald Trump's signature.

The bill comes six weeks after an emotional appeal to Congress by Stewart. While the passage of the bill delighted Stewart, Paul's no vote still irked the comedian.

"I will call him a 'scallywag' and a 'ragamuffin,'" Stewart told CNN's Alisyn Camerota.

Stewart was also upset that when lifetime funding of the bill could have been approved last week, Paul stood in the way.

"But don't do it to these people on the eve of these people's hopes and dreams of finally putting this behind them. This was no the moment."

Paul claims that he could vote for the bill due to it lacking a pay for.

"While I support our heroic first responders, I can’t in good conscience vote for legislation which to my dismay remains unfunded," Paul said. We have a nearly trillion dollar deficit and $22 trillion in debt. Spending is out of control."

"As I have done on countless issues, including disaster relief and wall funding, I will always take a stand against borrowing more money to pay for programs rather than setting priorities and cutting waste," Paul added.

But some opponents of Paul responded to his tweets by pointing out that Paul approved a tax cut, which is estimated to increase the deficit by $1.843 trillion over 10 years.

Stewart also described his frustration appearing before a House committee, which was not well attended my members of Congress.

"I was angry about the chairs that were supposed to be filled that weren't," Stewart said.

The Congressional Budget Office estimates that 19,000 claims will be made from 2020 through 2023 to the 9/11 Victim’s Compensation Fund. Of those claims, an estimated 45 percent will be for cancer.

The full compensation of those claims is estimated to be $5.8 billion, the CBO says. Estimates place that 410,000 people were exposed to environmental contaminants in the aftermath of the September 11 attacks, the CBO claims. Of those, 90,000 were first responders. Of the 410,000 victims, an estimated 67,000 have died since 9/11.

Funding for the bill could run through 2090, adding to some uncertainty to the cost of the bill, the CBO says.