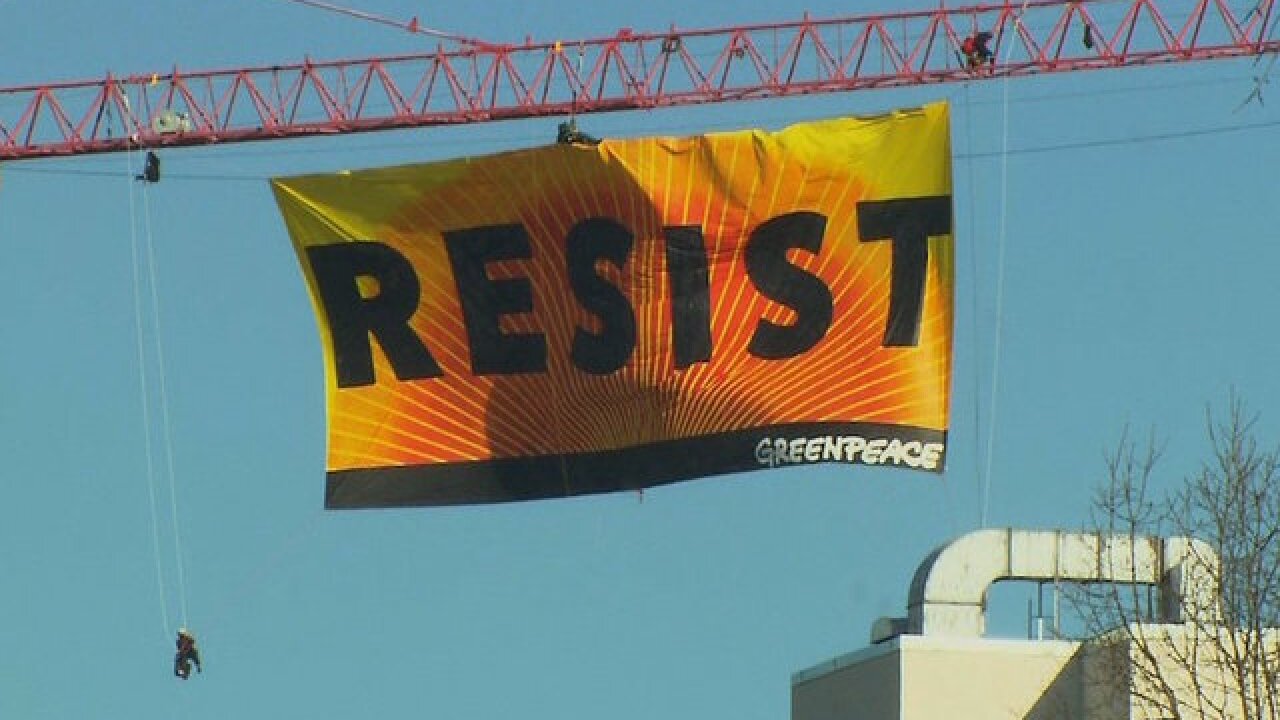 The activists, who came from across the country to protest President Donald Trump, displayed a 70- foot by 30-foot banner reading "Resist" in downtown Washington. The crane can be seen from the Ellipse and the White House South Lawn.

A statement released by the organization says the protesters are "calling for those who want to resist Trump's attacks on environmental, social, economic and educational justice to contribute to a better America."

"The purpose for this action today was to really send a message to everybody in this country, similar to the millions that showed up to the women's march, that are feeling discouraged this week after we've seen Donald Trump take steps to advance the Keystone and Dakota Access Pipelines, issuing gag orders on the press and the EPA and the department of agriculture," Greenpeace activist Cassady Craighill said.

Craighill said the seven activists on the crane are prepared to stay up on the crane for as long as they want.

"We want to get an image of this message that can last throughout this administration," she said. "And as soon as we feel that that's been accomplished, then the activists will feel ready to come down."

Washington police called the incident "dangerous and unlawful" and said "multiple government resources are being tied up."

Craighill told CNN that the protesters were safe.

The Greenpeace protest comes just days after a massive march took to the streets of Washington to show support for women's rights and express their discontent with the Trump administration.