A$AP Rocky, in custody since July 3, formally charged with assault in Sweden 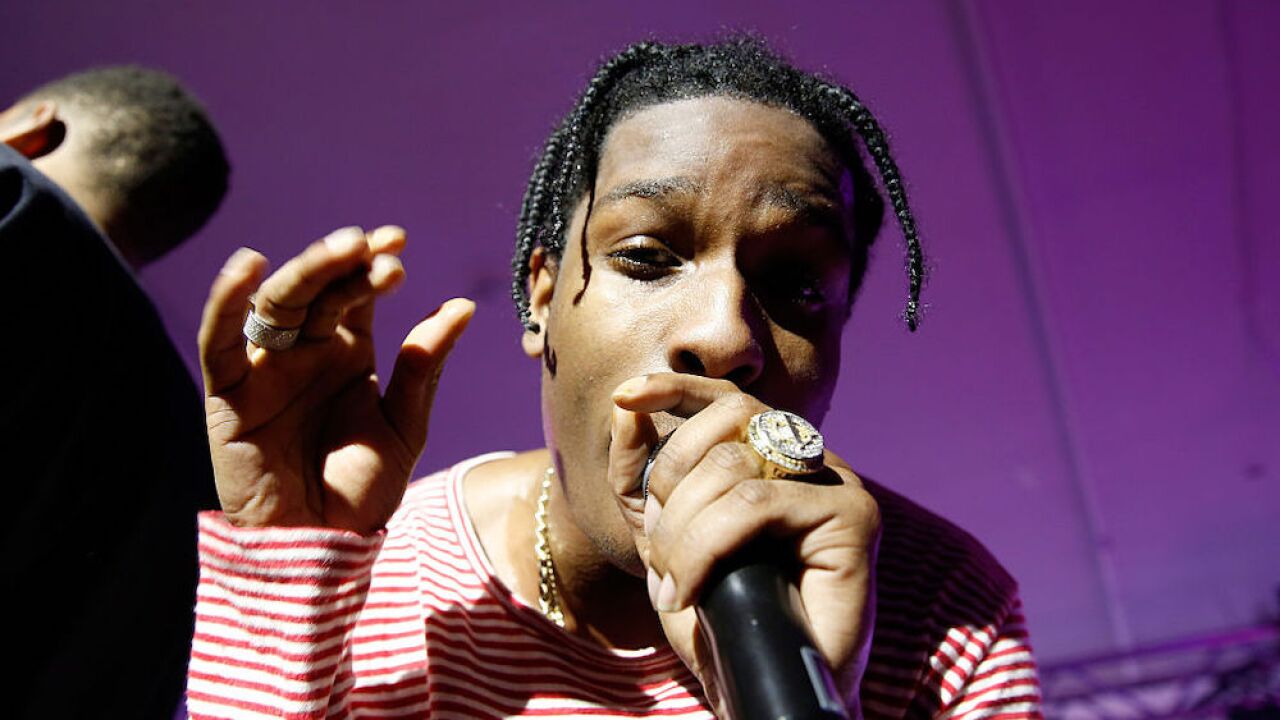 American rapper A$AP Rocky has been charged with assault after a confrontation in Stockholm in June, prosecutors said.

The 30-year-old -- whose real name is Rakim Mayers -- has been in custody since July 3, following a confrontation in the Swedish capital on June 30.

The rapper's lawyer, Slobodan Jovicic, has maintained he was defending himself after being assaulted and that his client is innocent.

Swedish public prosecutor Daniel Suneson claims A$AP Rocky and two other men assaulted the victim by kicking and beating him with a whole or part of a glass bottle, according to court documents seen by CNN.

All three have been charged for their involvement in the brawl and will remain in custody until the trial, which will begin on Tuesday.

Suneson said that he had determined the events constituted a crime "despite claims of self-defense and provocation" after reviewing video material and witness statements.

"It is worth noting that I have had access to a greater amount of material than that which has previously been available on the internet. In addition to video material, the injured party's statements have been supported by witness statements," Suneson said.

The prosecutor is relying on cell phone videos, surveillance video from the Grand Hotel and a burger restaurant, text messages from A$AP Rocky's body guard where he talks about the assault and where they say they've recorded it, texts from the assistant's phone and DNA analysis from a bottle used in the assault.

Footage posted by TMZ and others posted by A$AP Rocky of the brawl have been at the heart of the investigation.

Video clips shared on Instagram by A$AP Rocky show the rapper and his companions repeatedly ask two men to stop following them. The rapper wrote in a caption that one of the men hit a member of his security "in the face with headphones," and reasserted that he was "innocent."

But, in another video posted by TMZ, A$AP Rocky appears to grab one of the men and throw him to the ground. Another angle appeared to show the rapper and members of his entourage kicking and punching the man.

Suneson said there were two injured in the assault, but allegations of one were dropped due to insufficient evidence and the prosecution only related to one injured party.

Court documents claim that A$AP Rocky forcefully threw the victim to the ground before assaulting him.

A counter allegation was also made by the rapper's bodyguard, but that case was closed, Suneson added.

A$AP Rocky's case has drawn the attention of recording artists like Justin Bieber, as well as US President Donald Trump, who have called for his release. But authorities in Sweden have said they will not be swayed by international pressure.

"The Swedish judicial system is completely independent and does not take into consideration outside pressure from politicians or others," a spokesman for the Swedish prosecution authority told CNN on Sunday.

And, while Trump has offered to personally vouch for the 30-year-old rapper's bail, the bail system does not exist in Sweden.

As Dennis Martinsson, a legal expert in Sweden, told CNN: "If you know the Swedish legal system you know that there is no bail system."

"Actually, the Swedish constitution prevents any minister, even the Prime Minister, getting involved, or even saying something about an individual case," he added.

The President's involvement in the case came at the request of celebrities and the First Lady -- the latest incident in which star influence has swayed Trump to make certain decisions.

The President added: "Many members of the African American community have called me -- friends of mine -- and said, 'Could you help?'"

Trump also revealed on Twitter that he spoke to Kanye West about the matter. On Thursday, Kim Kardashian West thanked Trump, Secretary of State Mike Pompeo and Trump's son-in-law and senior White House adviser Jared Kushner for their efforts in trying to get A$AP Rocky released.

Asked about whether A$AP Rocky had any response to the support offered by President Trump, the rapper's lawyer said: "There has been a lot of support from a lot of different people, and Mayers is of course very thankful for everybody that has reached out."