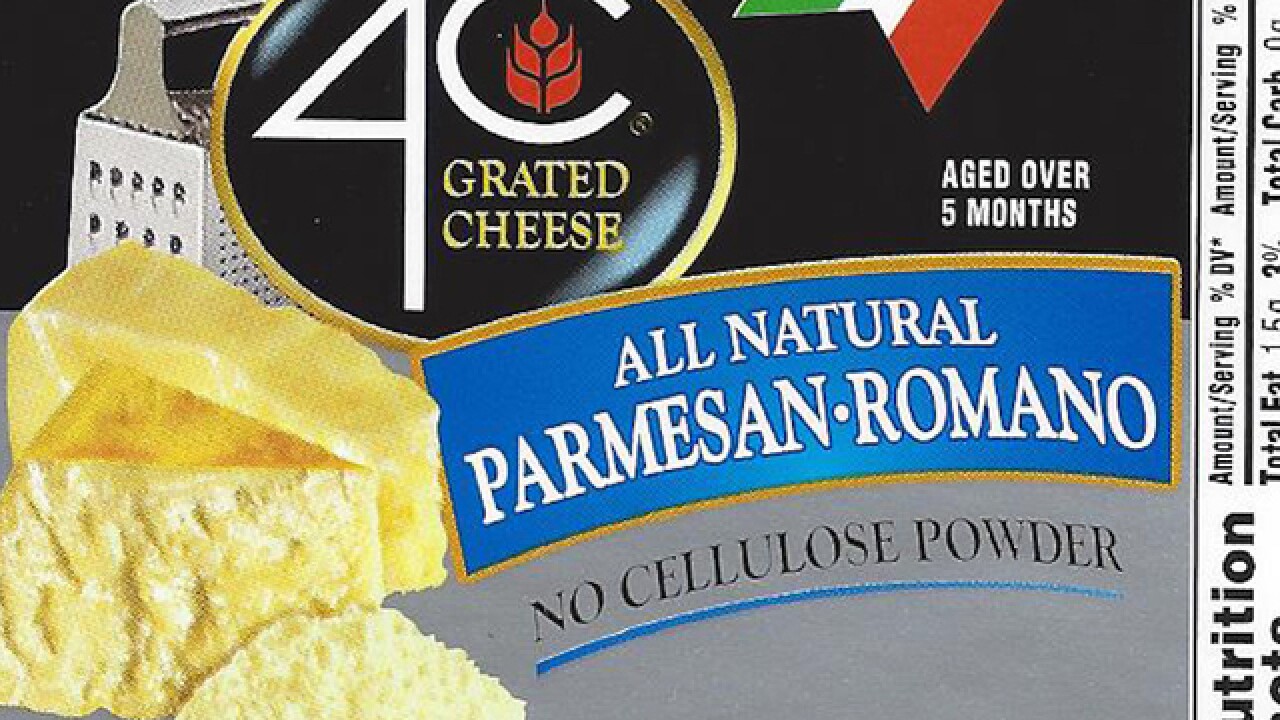 A nationwide recall has been issued for several brands of grated cheese made by 4C Foods Corp. due to concerns of Salmonella contamination.

The impacted food was distributed nationwide. So far no illnesses have been reported, according to the U.S. Food and Drug Administration. Those who have bought the recalled products are asked to the place it was purchased to get a full refund.

The impacted products which were packed in 6 oz. vacuum-sealed glass jars, with BEST BY dates between November 12, 2016 and November 12, 2018 and packaged in cases of either 6 or 12 jars per case include: