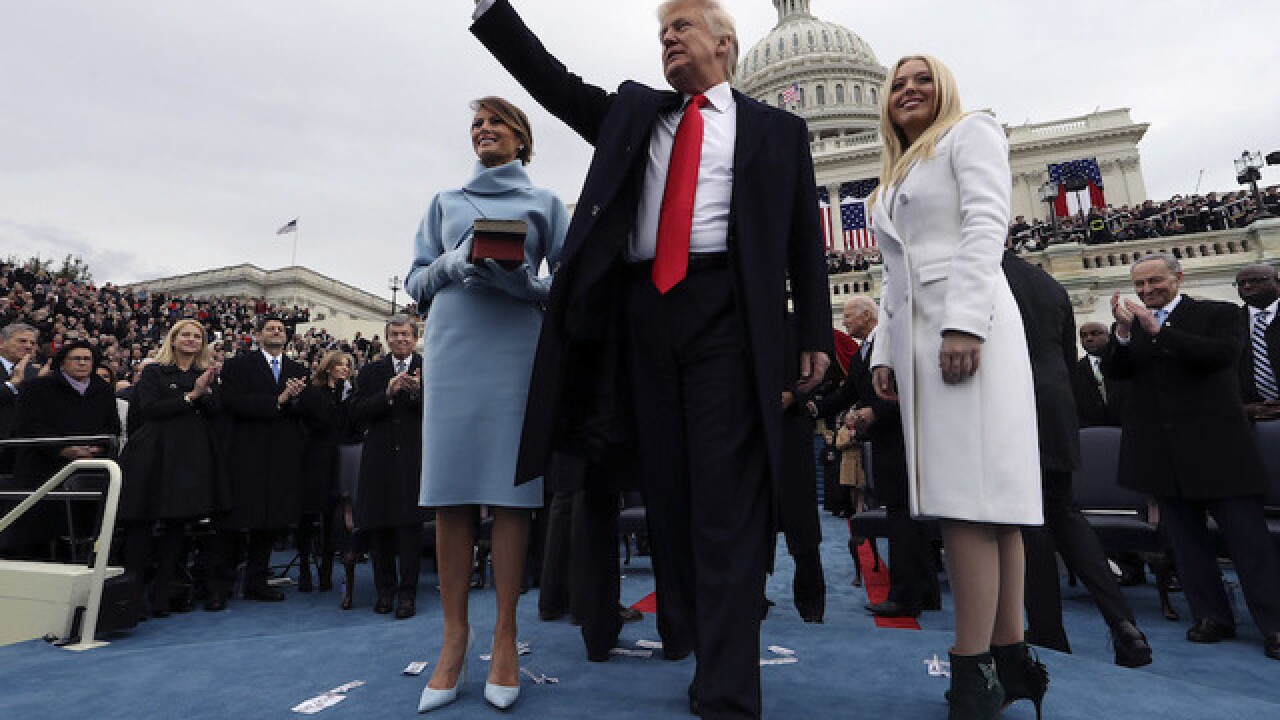 Copyright Getty Images
Pool
<p>U.S. President Donald Trump acknowledges the audience after taking the oath of office as his wife Melania (L) and daughter Tiffany watch during inauguration ceremonies swearing in Trump as the 45th president of the United States on the West front of the U.S. Capitol in Washington, DC. January 20, 2017. </p>

A chart issued by Nielsen shows Ronald Reagan's 1981 inauguration is the most watched in history.