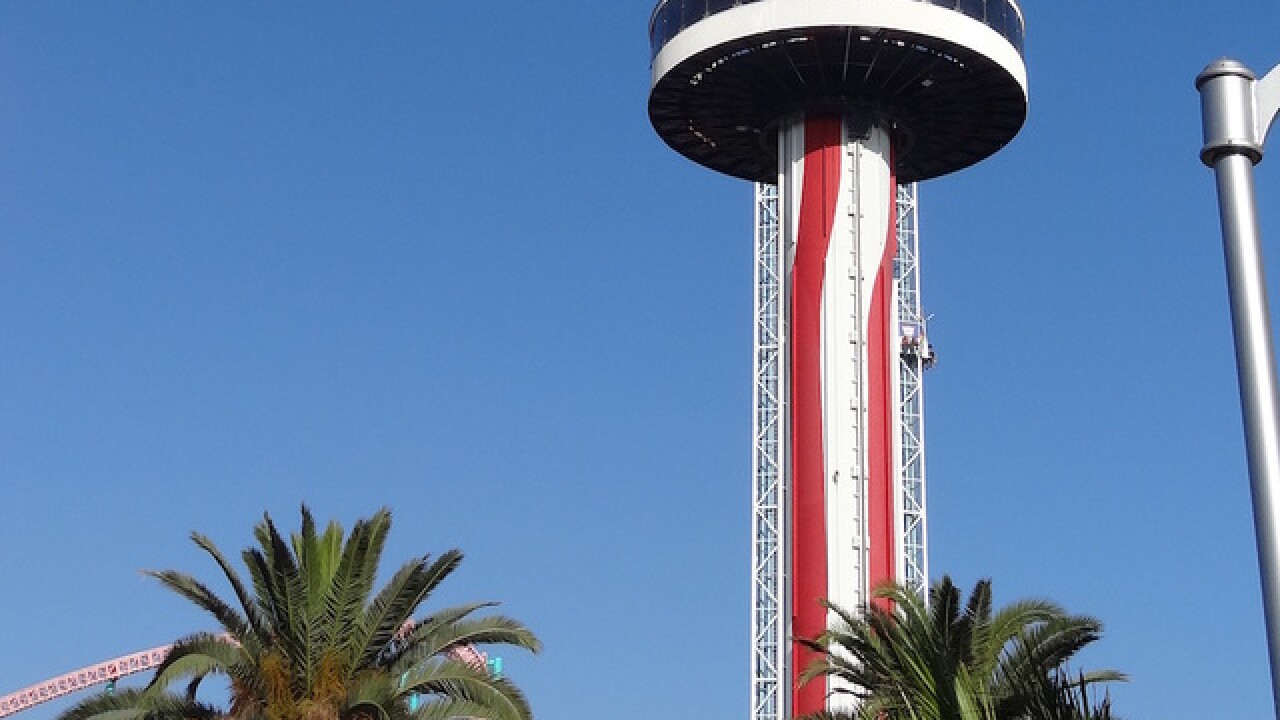 A ride up to see the sights of southern California provided unexpected thrills for a group of people trapped at an amusement park.

Twenty passengers and a ride operator were lowered 100 feet to safety from the Sky Cabin ride at Knott's Berry Farm in Buena Vista on Friday night, fire officials said.

They had been trapped for more than seven hours after the ride stopped more than 100 feet in the air, according to a Knott's Berry Farm statement. Several attempts were made to lower the ride before Orange County Fire officials were called.

Fire crews tried several mechanical methods to get the people out -- but finally decided to use ropes with a 9,000-pound test strength.

"We have firefighters in the cab with the occupants. No one is in any medical distress. So we're going to affix a harness onto each one of them and one at a time we're going to lower them down to the ground," Orange County Fire Authority Capt. Larry Kurtz told CNN affiliate KABC, during the rescue.

The Sky Cabin is located in the park's Boardwalk area, and is described on the Knott's Berry Farm website as a "slow spinning attraction ... with a mild thrill rating."

The Sky Cabin ascends 180 feet to give riders a panoramic view of the park and surrounding area.

The ride will remain closed until an investigation determines the cause of the incident, according to the park statement.